Home » Abilities Magazine » When All Others Say “No,” Say “Yes!”

If you could achieve anything in this world, what would it be?

If you could be anyone you wanted, who would it be? But what if everyone around you said that neither of these things was possible? What if, instead, life tried to box you into a category of sorts and a narrative contrary to your goals and aspirations?

For many years, for close to eight weeks of my summer, I have had the privilege of working in a place where we made the impossible possible. When others said “no,” we said “yes”—and spent our days and nights finding ways to turn that “yes” into a reality. That place—a camp—transformed me into the individual I am today. It impacted both the way I view others and the work that I do, and it changed the way I see life as a whole.

The camp I attended is known as Camp HASC, a seven-week summer program run in the scenic Catskill Mountains of upstate New York. Close to 400 children and adults with intellectual and physical disabilities attend—although I can assure you that you will find no disabilities here. While during the year many of our campers may feel isolated, at camp everything becomes available to them—which, to many people’s surprise, delivers significant growth and achievements. More can happen in a camper’s seven weeks than during an entire year of rehab and therapy.

I started out as a regular counsellor back in 2012, supporting my campers (some in their late fifties and sixties) and ensuring they were able to freely enjoy themselves just like anyone would during their summer months. After formally completing my master’s degree in social work and becoming a licensed social worker, I was able to transition into HASC’s psychology and behavioural team. This allowed me to work with a host of professionals and student interns with all manner of expertise and experience. 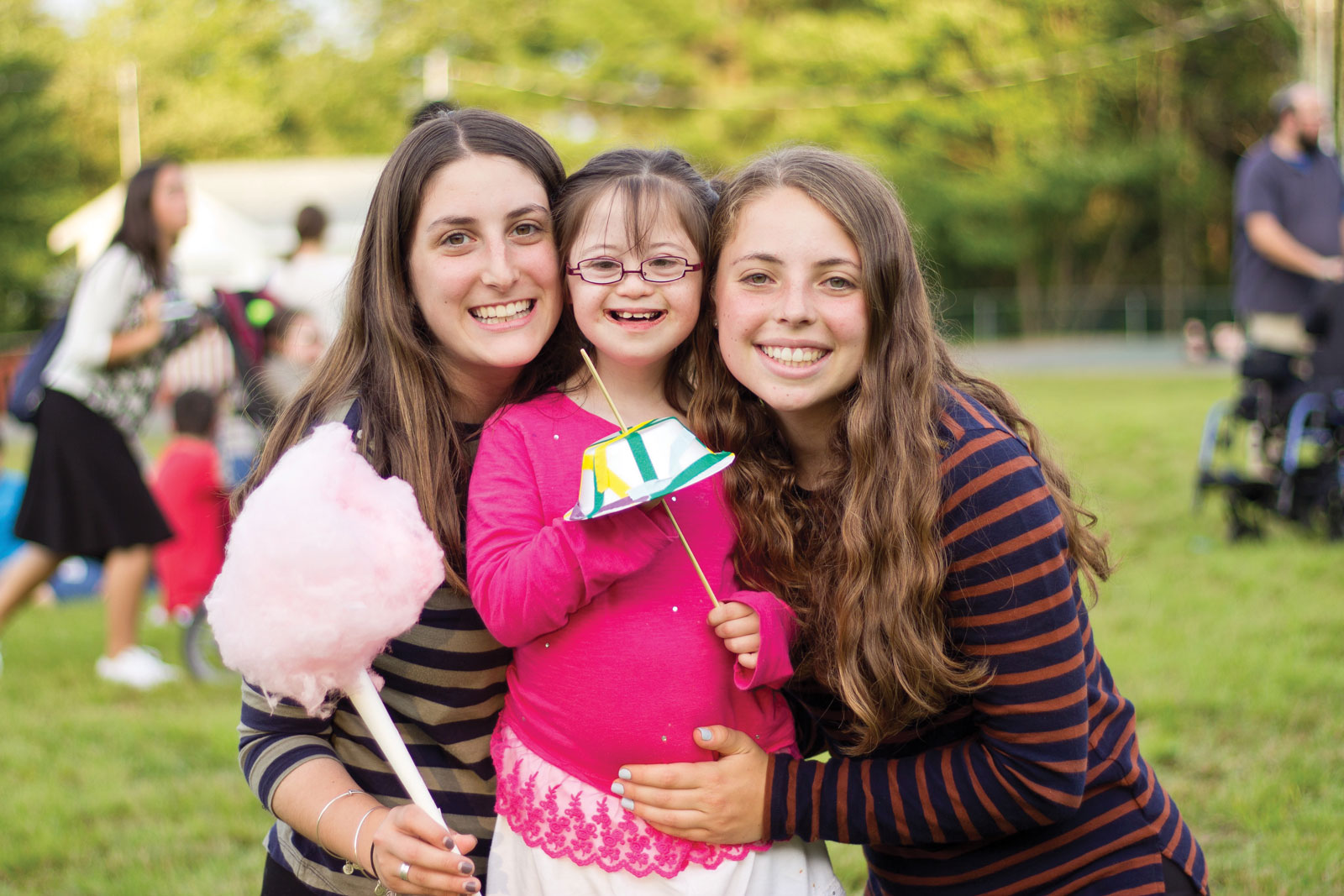 Camp wasn’t always easy, but nor is life at times. We’d sometimes miss meals because we were busy caring for our campers or in a staff meeting. We’d often sleep only a few hours at night and wake early in the morning. Each fall, when I looked back at my summer, I would be amazed at how all of the staff were able to biologically function. But we were Camp HASC and, here, we were accustomed to continuously pushing aside what was considered impossible.

They call Camp HASC “heaven on earth” but, over the years, I’ve come to understand that HASC is far more than just a physical place—it’s a lifestyle and an outlook. It’s a belief that each of us has a divine spark buried within that is just longing to surface. It’s a vision that there are no challenges too large to be overcome. It’s a dream of success that is the cumulative result of people coming together. It brings light and love to all, regardless of an individual’s upbringing, communal affiliation or personal beliefs. It’s about fostering the mentality of never giving up: not on our campers, not on our friends and not on ourselves.

At HASC, each individual is viewed not just as who they are now, but also as who they may become at a later time. Because there are no expectations of a fixed normality, and no standards to judge ourselves or others against, each participant is able to devote their time and efforts to constantly bettering themself.

Instead of forming therapeutic relationships with my clients in which bureaucratic contracts took precedence and the diagnosis ruled, at Camp HASC, I was able to create partnerships and spend time with the campers, allowing us to grow together. I learned the importance of giving people space and teaching them to use tools that will allow them to continue authoring their lives. 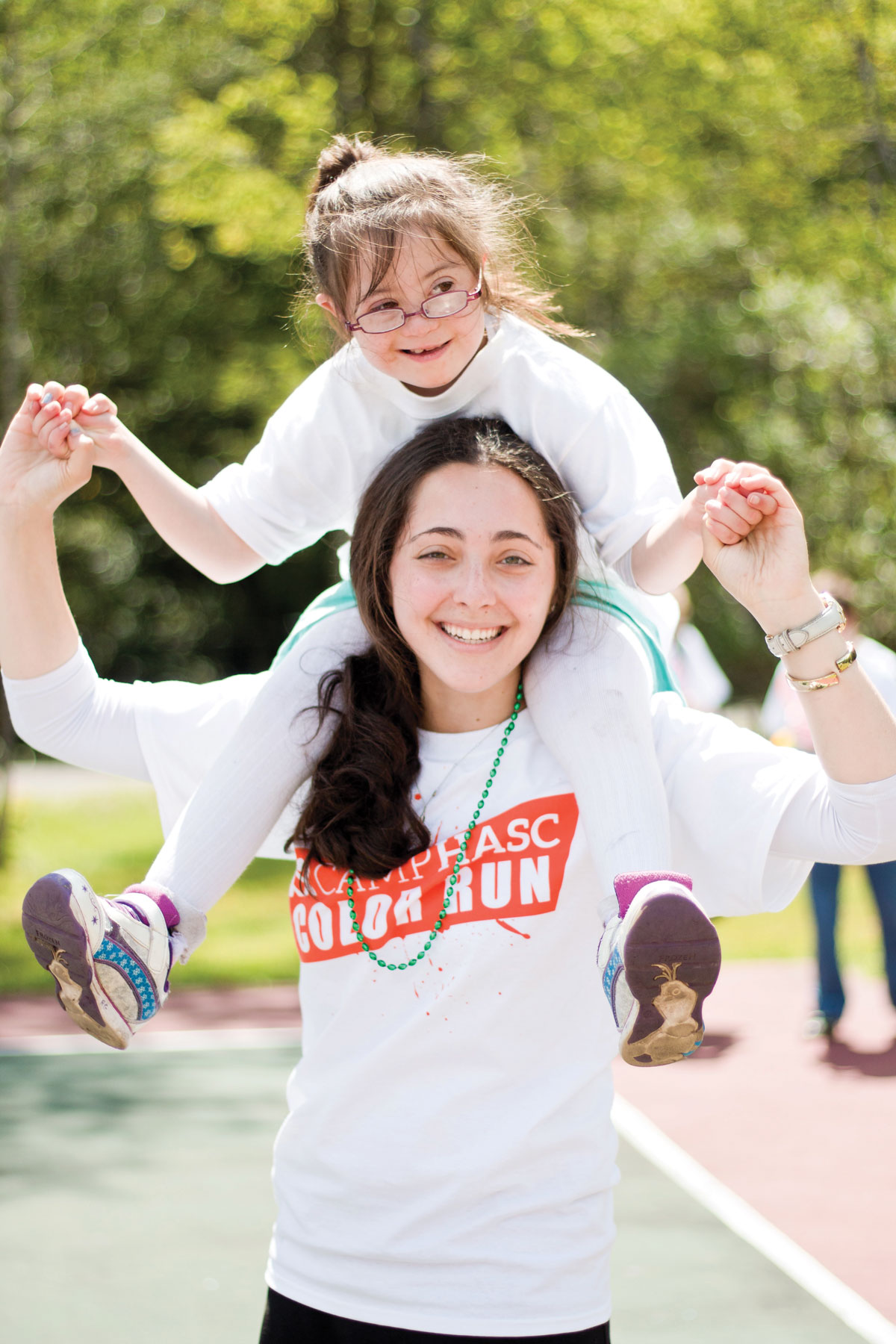 I have come to the conclusion that the philosophy of saying “yes” over “no” is more than just blindly agreeing to any possibility. It means thinking innovatively and collaboratively about how to push beyond a normative narrative. And it means appreciating what lies beneath the many directions and identities that societal norms dictate. When convention predicts that our campers will not be able to walk because they are using a wheelchair, will be unable to dress independently because they have difficulty controlling their muscles, or can’t play sports, ride horses, swim or attend school because of behavioural or developmental challenges, we say otherwise. Saying “yes” isn’t about being blind to reality as we know it, but about seeing a different reality that could be and helping others take their first steps (sometimes literally) in that direction. Yes, it is one step at a time, one day at a time and one achievement at a time.

Life is what we choose it to be: It consists of the relationships we choose to form, the growth we choose to make and the people we choose to transform ourselves into. The only thing holding us back is ourselves. Sometimes it takes courage to say “yes”…but in the end, Camp HASC has taught me just how much that’s worth.

Jonah S.C. Muskat Brown is a social worker who empowers others to find and unlock their hidden potential.

PreviousNothing For Me, Without Me, and All My Allies
NextThumbs Up, Thumbs Down