A call for progressive change for those living with vision loss 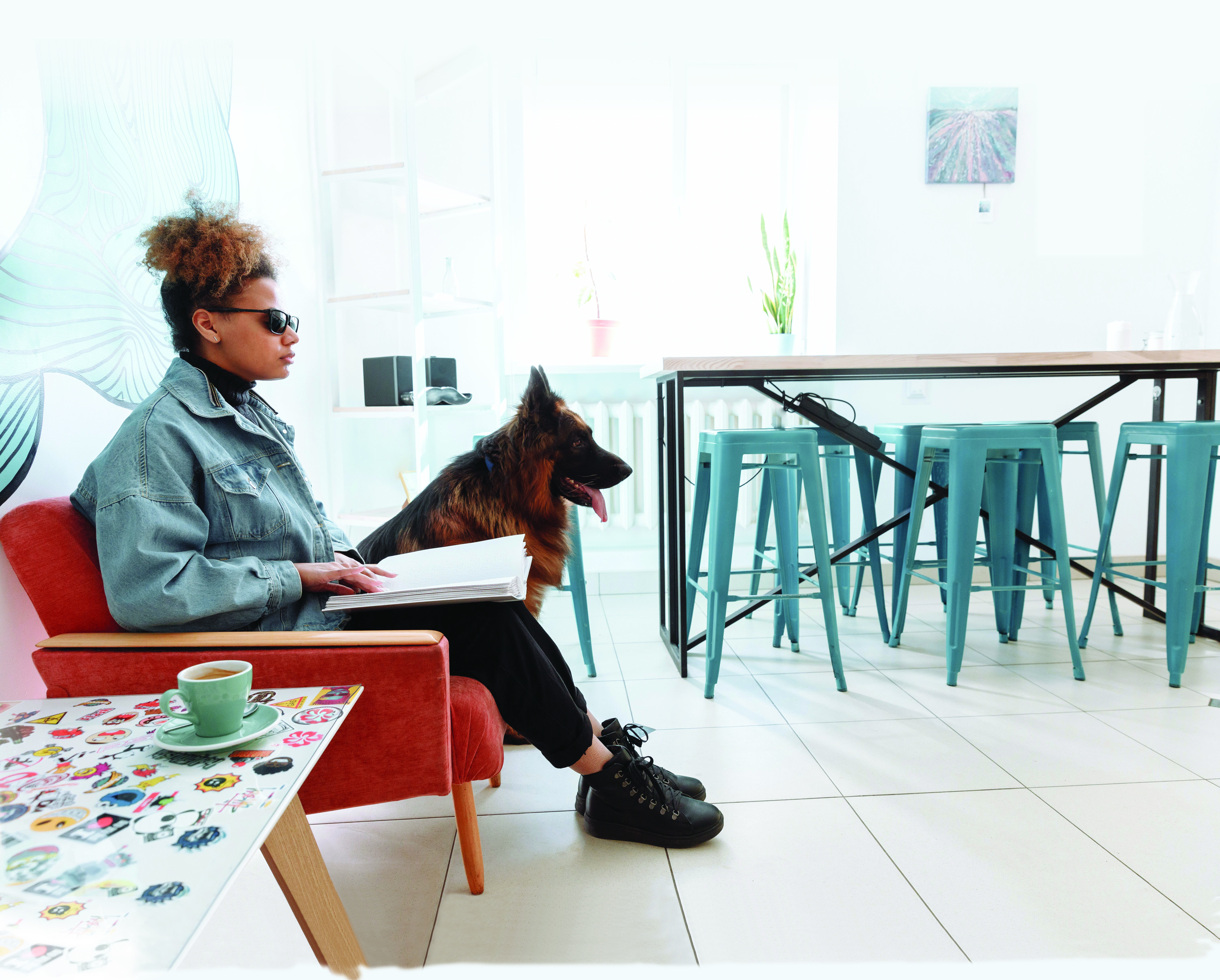 A visual acuity measurement of 20/20 is often associated with “perfect” vision, a kind of universal standard for unimpaired sight. But a significant number of Canadians live with vision that is not represented by this norm. In fact, over two million live with a seeing disability, and due to ageing and other factors, that number is in the process of doubling over the next 25 years, leading to national health care costs of over $30 billion per year. The experiences of Canadians with vision outside the 20/20 ideal are far from uniform or consistent, especially in cases of visual impairment and blindness. They are shaped by factors that include age, geography, economic status, disease type, genetic history and more. The so-called “burdens” of vision loss are also varied, encompassing social marginalization, employment barriers, strain on families and caregivers, and a host of other day-to-day enjoyments.

Developed out of survey from members of the vision loss community, this article highlights complexities and opportunities for progressive change. Living with vision loss often means being perceived as blind, regardless of the actual status of one’s vision and especially for those using white canes or showing physical symptoms. These are often interpreted as a complete lack of sight, a fundamental misconception of vision loss, which is varied and highly personal.

Our language and terminology fall short of capturing this diversity. Terms such as “blind” and “impairment” are far from being broadly accepted. This paper uses “vision loss” as a kind of catch-all but this too falls short. As we continue to modify and evolve our ways of speaking about vision we must work collectively to find our way forward in language and discourse.

Our linguistic practices do not exist in a vacuum. They are tied to biases, misconceptions, and forms of discrimination that affect many with vision loss. Several community members have stressed that the most pronounced among these is the notion that those with impaired sight are incapable of being productive members of society, and that visual impairment is a kind of cognitive impairment as well. Although there is a potential link between visual impairment and age-related cognitive decline, and although those with vision loss face added barriers to employment and social inclusion, they overcome these barriers regularly, and their ability to do so demonstrates the opposite of cognitive impairment. There is also a widespread misconception that, to quote one community member, the lives of the visually impaired are “horrible and joyless,” and that those with vision loss should be pitied, all of which is far from the truth.

Unfortunately, whether we are conscious of them or not, these and other stigmas tend to have the largest impact on children and young people, many of whom require mentorship and guidance to persevere. When they do, they often emerge as community leaders with unique perspectives and a strong sense of empathy. When they are unsupported, on the other hand, they can fall through the cracks, especially when faced with discrimination in their schools and places of employment. This can lead to depression, isolation, lack of self-worth, and more. Community and mentorship programs are vital for young people especially, but also for adults who are facing similar barriers. For those who have acquired vision loss during working age and lost their jobs, independence, and more, support programs are integral to managing their transition into being partially sighted and facing all of the challenges that follow. Educating the public is important in this regard as well, as is finding new ways to facilitate interaction among those who are fully sighted and partially sighted. When our thinking and speaking fails to capture lived experience, stereotypes can lead to marginalization in a variety of settings, but the job market in particular demonstrates what happens when misconceptions and indifference flourish. Too many Canadians with vision loss are under or unemployed.

Education plays a central role with survey’s showing 21 percent of people with a seeing disability had not graduated high school due to feeling left out, being bullied, changing schools, expenses, and lack of assistive devices or support. These factors play a defining role in the career trajectories and underemployment. Accessibility is a key concern in this area as well. Both accessible and assistive technologies should be central to any new guidelines, the former being widely usable “out of the box” for a variety of people, the latter more specialized to assist those with specific disabilities.

The Accessible Canada Act, which came into force in 2019, is a step in the right direction, but, many of the country’s least accessible work environments fall outside of the Act’s purview. Incentivization programs were flagged as important moving forward with government stakeholders being encouraged to developing initiatives that reward employers with diversity agendas and progressive goals. Such integrated programs could set of national guidelines.

Transportation is a barrier to employment, and accessing hospitals and medicine, grocery stores and restaurants, social and community functions, and a variety of other services and resources. To combat isolation and ensure connectivity to people and amenities, public transportation must be robust, affordable, and accessible especially in rural and remote communities. Personal technologies, especially smartphones, have emerged as invaluable devices but buy-in costs can be high without advantageous programs.

Features of our public spaces and should be rolled out faster and more broadly: tactile walking surfaces, signage, railings, accessible pedestrian signals. The survey also suggests a perception that physical disabilities are prioritized over sensory ones. And, Canada is considered “average” by the vision loss community for accessibility compared to other countries showing marked room for improvement.

Canadians with low sight keep the details of their vision to themselves, especially when it comes to employment, insurance, and health care. Though vision loss can lead to isolation, it also impacts family members, loved ones and caregivers who bear the largest burden of support and treatment assistance. This can lead to financial strain and lost productivity. With severe vision loss, others sometimes function as a near-constant second set of eyes—this is especially true of children with congenital diseases, vision loss, seniors, individuals with comorbidities, and others. Stress, fatigue and mental health are also fundamental concerns and we need better ways to mitigate these strains for families. The need for caregivers will grow and we should look to the cooperative work of Canada’s caregivers, support groups, community networks and health professionals for inspiration. The only way forward is for caregivers and patients to work alongside policy, law, governance, and health technology groups, as well as government, industry and academia.

Excerpted with permission from fightingblindness.ca.

PreviousWhat are personal pronouns, and why are they important?
NextFYI