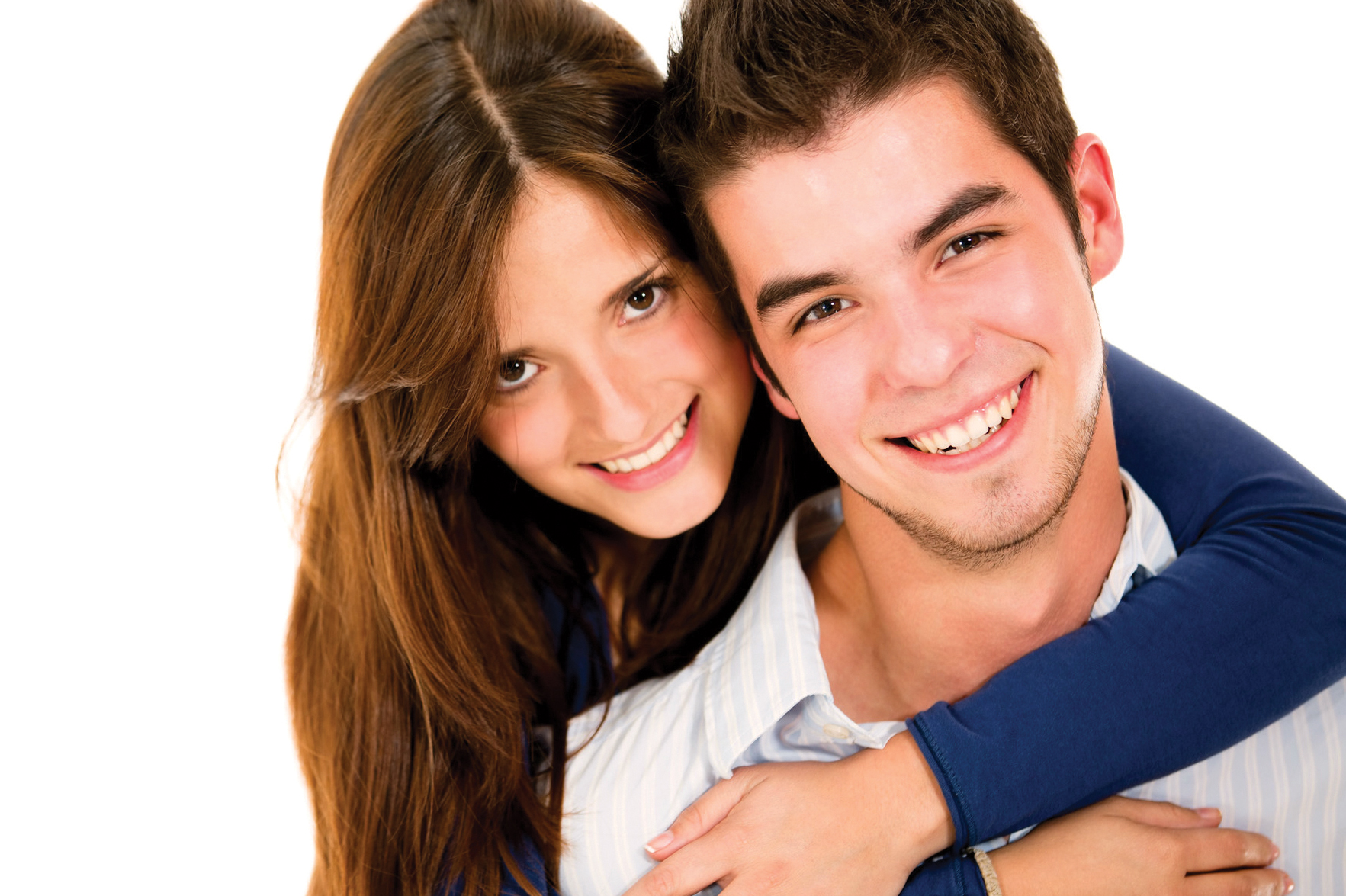 A Windsor couple in their 20s, who we’ll call Trish and Jason, had their dreams for the future altered when Jason was diagnosed with epilepsy and told by his neurologist that he could no longer work.

Background
Just 18 months earlier, Jason had started a promising career in human resources at a manufacturing company after finishing university with a degree in human resources management and psychology. Following his diagnosis, he went from earning about $45,000 a year to having zero income. And because he was on contract with his employer, he does not have any disability insurance coverage.

Trish has an hourly job, pulling in a gross salary of roughly $24,000. After tax, she is bringing home just over $21,000, which is close to the poverty line.

The couple wrote to us at Abilities magazine for help on how to build a budget. They want to save money and know how important it is to start planning early for retirement, but the fact is they are struggling just to get by. They want to be a regular couple and have fun, but they also know they need to be frugal and prioritize their expenses to meet the basics of life—having a roof over their heads, putting food on the table and making sure Jason has the medication he needs to control his epilepsy.

The reality is, Trish and Jason do not have enough to live on (see the table). Their parents are trying
to help, but they have their own financial struggles and cannot spare much.

Building a budget
Building a budget is not that difficult. Sticking to it is the hard part. To truly get a handle on their financial picture, Trish and Jason need to keep their receipts and write down everything they spend so that they can see where their cash or credit is going. This can be a daunting task, but is the necessary first step to regaining control of their lives. Right now, Trish and Jason are guessing.

Because Jason has no income, Trish will be able to claim certain personal tax credits (such as the Spousal Amount and the Disability Tax Credit, discussed below, that could be transferred from Jason), which may be sufficient to eliminate the $3,000 of taxes payable on her income. If Trish files form TD1—Personal Tax Credits Return with her employer to provide details of the credits that will be available to her in the current year, her employer will be able to reduce her source deductions. This could potentially add an extra $250 ($3,000/12) to cash inflows in the couple’s monthly budget, rather than waiting until the following year to receive a $3,000 refund on Trish’s tax return.

Biggest costs
Aside from rent, Trish and Jason’s biggest fixed costs are their telecom bill and Jason’s student loan,
which has a balance of $13,000 outstanding.

They pay about $300 a month on cable, the internet and cell phones. That is $3,600 a year on telecom, a huge expense. Although the couple are locked into a contract, it never hurts to go back to the provider to find ways of cutting the bill. When the contract expires, they should shop around for a better deal. By reducing the telecom bill by even a $100 per month, they would have $1,200 more in their pockets each year.

Jason’s parents are helping him make his $140 monthly student loan payment. But, he should look into whether his student loan can be forgiven because of his diagnosis. This might be possible through the Severe Permanent Disability Benefit (see canlearn.ca for more information). There is also a repayment assistance plan for borrowers with permanent disabilities who are having difficulty paying back their student loans, which allows the borrower to pay back only what he or she can reasonably afford.

If Jason’s application is successful then the money that will no longer be going towards his student loan could—if his parents agree— go towards helping Trish and Jason with their other monthly expenses,
into a savings account or a rainyday fund, or into a Registered Disability Savings Plan (RDSP), discussed in detail below.

While medical expenses are typically variable costs, in Jason’s case they are fixed (although they may change if his medication needs modifying). The drug Jason is on now costs $120 a month, which amounts to $1,440 a year.

Jason sought financial aid from the Ontario Disability Support Program (ODSP) but his application was refused. The ODSP told him to reapply with additional documentation, something that I urge him to do as it would make a huge difference to this couple.

Trish and Jason’s other major expense is gas for the car at $200 a month ($50 a week). That is a rough estimate, and I suggest that Trish starts to keep a proper tally so she knows exactly how much they are spending. The good news is that the car is paid for, a gift from their families. The bad news is Trish needs the car for her work and is not reimbursed for gas or mileage. Trish’s parents contribute about $100 a month to help with groceries. Registered Disability Savings Plan Jason has not yet established an RDSP and he should. The RDSP is a long-term savings plan to help people with disabilities and their families save for the future. To qualify for the RDSP, a qualified practitioner, such as a medical doctor or other medical specialist (e.g., Jason’s neurologist), must certify on form T2201—Disability Tax Credit Certificate that the disabled person meets the appropriate criteria set out in the Income Tax Act. The Canada Revenue Agency must ultimately approve the form. Having a Disability Tax Credit Certificate would also allow certain tax credits, including the Disability Tax Credit, to be claimed. The main feature of the RDSP is that the federal government matches contributions made with Canada Disability Savings Grants (CDSGs) and will potentially pay Canada Disability Savings Bonds (CDSBs). Depending on the net income of the beneficiary’s family and the amount contributed, the federal government will pay matching CDSGs of 100, 200 or 300 per cent. An RDSP can receive a maximum of $3,500 in matching CDSGs in one year, and up to $70,000 over the beneficiary’s lifetime. CDSGs can be paid into an RDSP on contributions made to the beneficiary’s RDSP by December 31 of each year, up until the beneficiary turns 49 years old. To assist low-income Canadians with disabilities, the federal government will also pay up to $1,000 a year in CDSBs, again based on the beneficiary’s family income (less than $43,953 in 2014). The beneficiary can receive CDSBs up until the year in which he or she turns 49 years of age, up to a lifetime limit of $20,000.

Anyone can add to an RDSP with the written permission of the plan holder, so Jason’s parents and Trish could all make contributions, provided the maximum level is not exceeded.

One thing to remember: while investments held in an RDSP can grow tax-exempt, funds that are
withdrawn are taxable in the hands of the beneficiary, but are likely to be taxed at a lower rate. For example, an individual who is eligible for the Disability Tax Credit may earn approximately $19,000 in Ontario in 2014 without paying any tax at all.

Since an RDSP is meant to be a long-term savings vehicle, repayment of grants and bonds may be required if withdrawals are made within 10 years of receiving CDSGs and CDSBs.

Jamie Golombek is Managing Director, Tax & Estate Planning, with CIBC in Toronto. He received his B.Comm. from McGill University,  earned his CA designation in Ontario and qualified as a US CPA in Illinois. He has also obtained his Certified Financial Planning (CFP) and Chartered Life Underwriting (CLU) designations. Jamie teaches an MBA course in personal finance at the Schulich School of Business at York University in Toronto.
This article is based on information believed to be accurate at the time of publication. It is intended to provide general information only and should not be construed as specific advice suitable for individuals. Since a consideration of individual circumstances and current events is critical, anyone wishing to act on the information in this article should consult their financial, legal and tax advisors. All names have been changed to protect identities.
LET US SHARE YOUR STORY
If you would like to be considered
as a possible Finance column subject,
please contact us at
bianca@bcsgroup.com.

Previous“Mom, what’s wrong with that man?” Those awkward questions and how to promote inclusion and acceptance among children
NextStand Tall Canada!