At any given time, about one in four Canadians are providing care for a loved one with little or no recognition. As the sole national caregiver recognition program, Canada Cares is pleased to recognize the following incredible family caregivers. 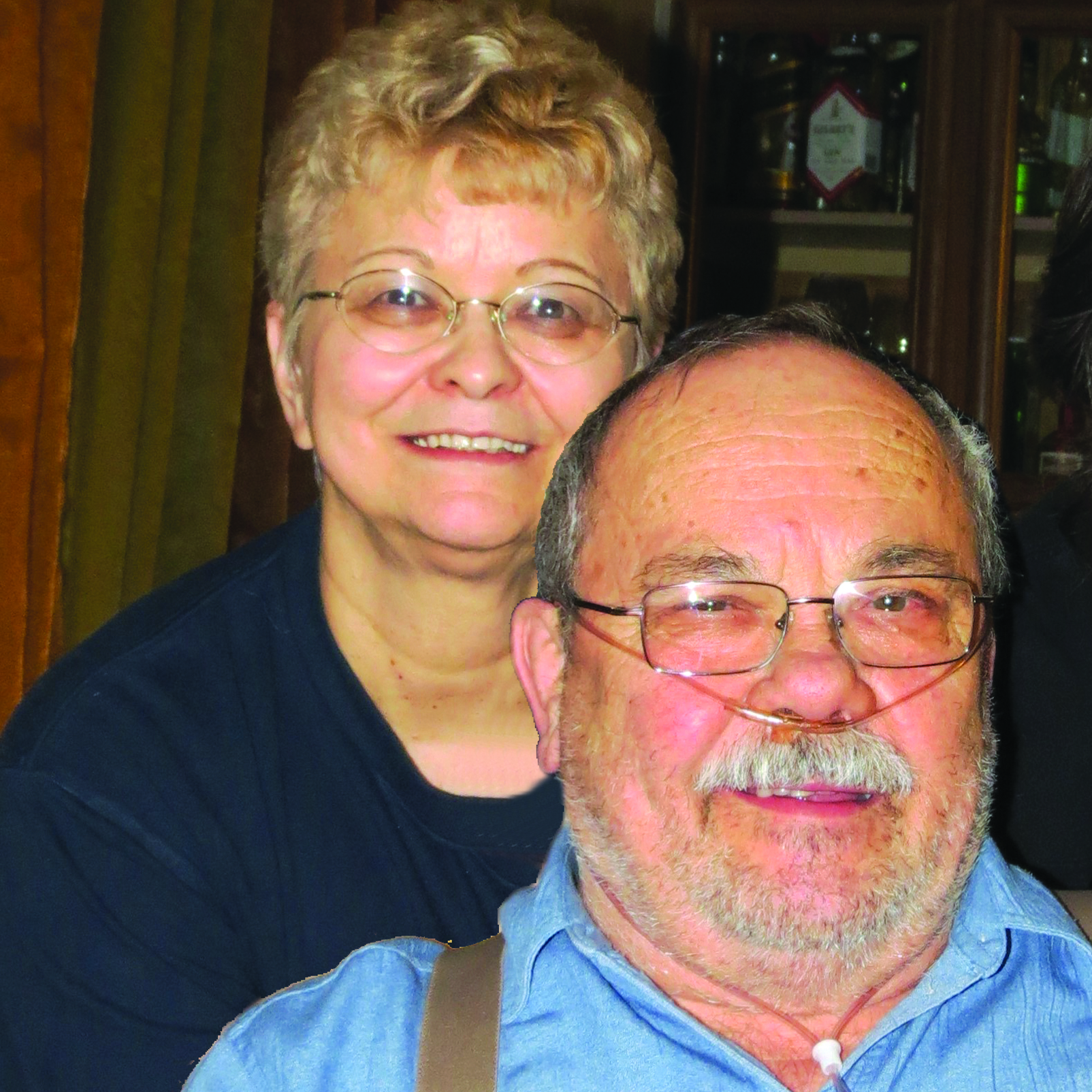 Judy Baerg, British Columbia
Judy’s husband Bill was diagnosed 11 years ago with stage 4 COPD and given six months to live. Thanks to Judy’s constant care, Bill continues to beat the odds, although his health has declined considerably. For the past five years, Judy has provided around the clock care. She rarely leaves the house as Bill can’t be left alone for long. Her nominator tells us that Judy has gone far beyond the role of wife to meet Bill’s every need and fulfill his wish to remain in his own home. Michael Montague, Ontario
Michael is living proof that, with care, adults living with disabilities can thrive at home. His father-in-law Benson lives with kidney failure and, despite having to provide constant care for his wife Jill, who has undergone many surgeries and amputations, Michael also makes lunch and dinner for Benson seven days a week. Recently, his commitment to caregiving led him to make a career change and become a personal support worker and paramedic. His wife says his kindness, compassion and sunny personality will be an asset to his new profession. Jill Hair, Alberta
Jill has had her hands full for a number of years taking care of her father Pat, who passed away from cancer, and her husband Bill, who recently lost his six-year battle with brain cancer. She cared for Bill and helped him live his life to the fullest until his final moments. Now Jill has put aside her own interests again to focus on looking after her mother Margaret, who lives with MS and uses a wheelchair. To give Margaret the 24/7 care she needs, Jill moved in with her so she wouldn’t have to go to a care home. 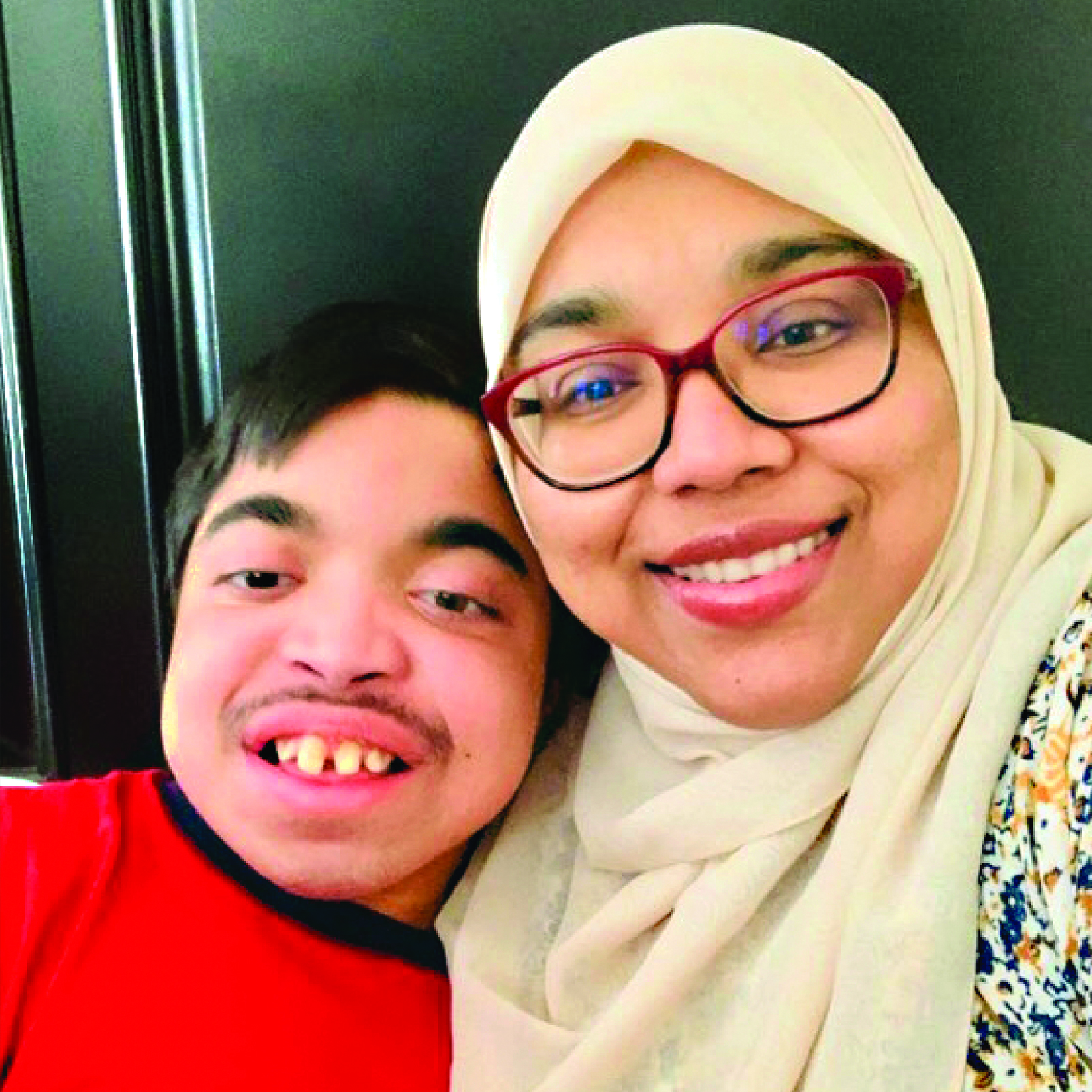 Kameeza Ally, Ontario
Kameeza’s son Yusuf was born with a rare genetic disorder that causes multiple organ dysfunction. After many risky surgeries, ICU admissions and lengthy hospital stays, doctors performed a life changing trial treatment that enabled him to go home with his parents and siblings.

Kameeza is Yusuf’s full-time caregiver and his voice (he is non-verbal and developmentally delayed). She continues to take him to hospital every other week for transfusions and treatment and her role will soon become even more challenging with his transition to adult care. Thanks to Kameeza’s dedicated care and support, Yusuf is a happy, playful child despite his many challenges.

Kameeza is also recognized by Canada Cares for founding Yusuf’s Day of Hope (ydoh.ca), a non-profit organization that raises funds for the Norman Saunders Complex Care Initiative at SickKids hospital. She sees this as a way to give back to the hospital that saved her son’s life and to support research that will help save other people’s children. To date, YDOH has raised more than $250,000. 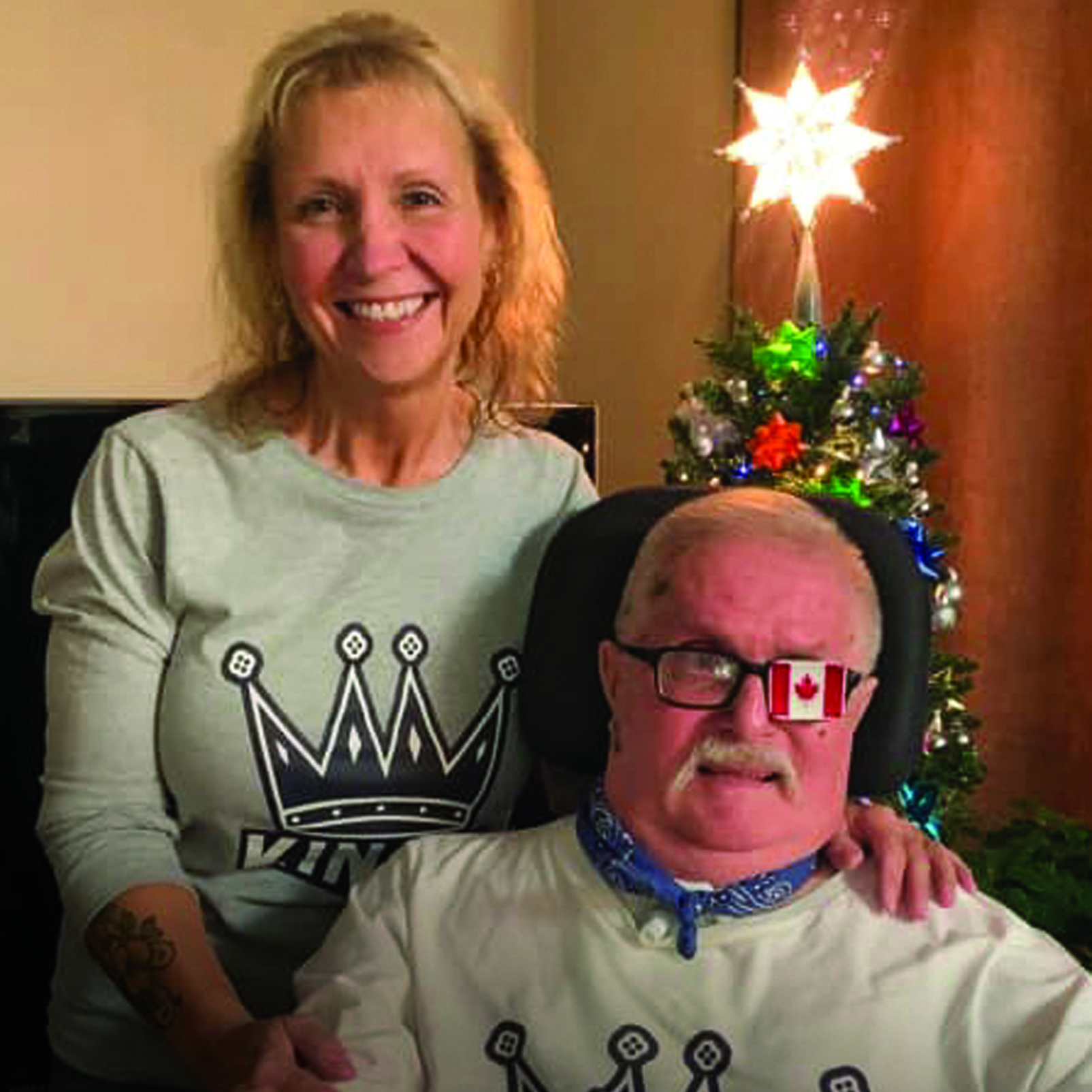 Rhonda Buchy, Manitoba
Rhonda’s brother Bob was diagnosed with MS over 45 years ago and has been at the quadriplegic stage for a while. As his MS progressed, Bob moved back to the family home where Rhonda was already caring for their elderly parents. Following the death of their parents, she remained in the home to continue caring for Bob so he wouldn’t have to be institutionalized. For the past 12 years, she has arranged for his home care and served as his cook, secretary, chauffeur, maid, night nurse (she gets up every two hours to check on him) and best friend. Her nominator says there’s nothing Rhonda wouldn’t do to ensure her brother’s comfort, safety and wellbeing. 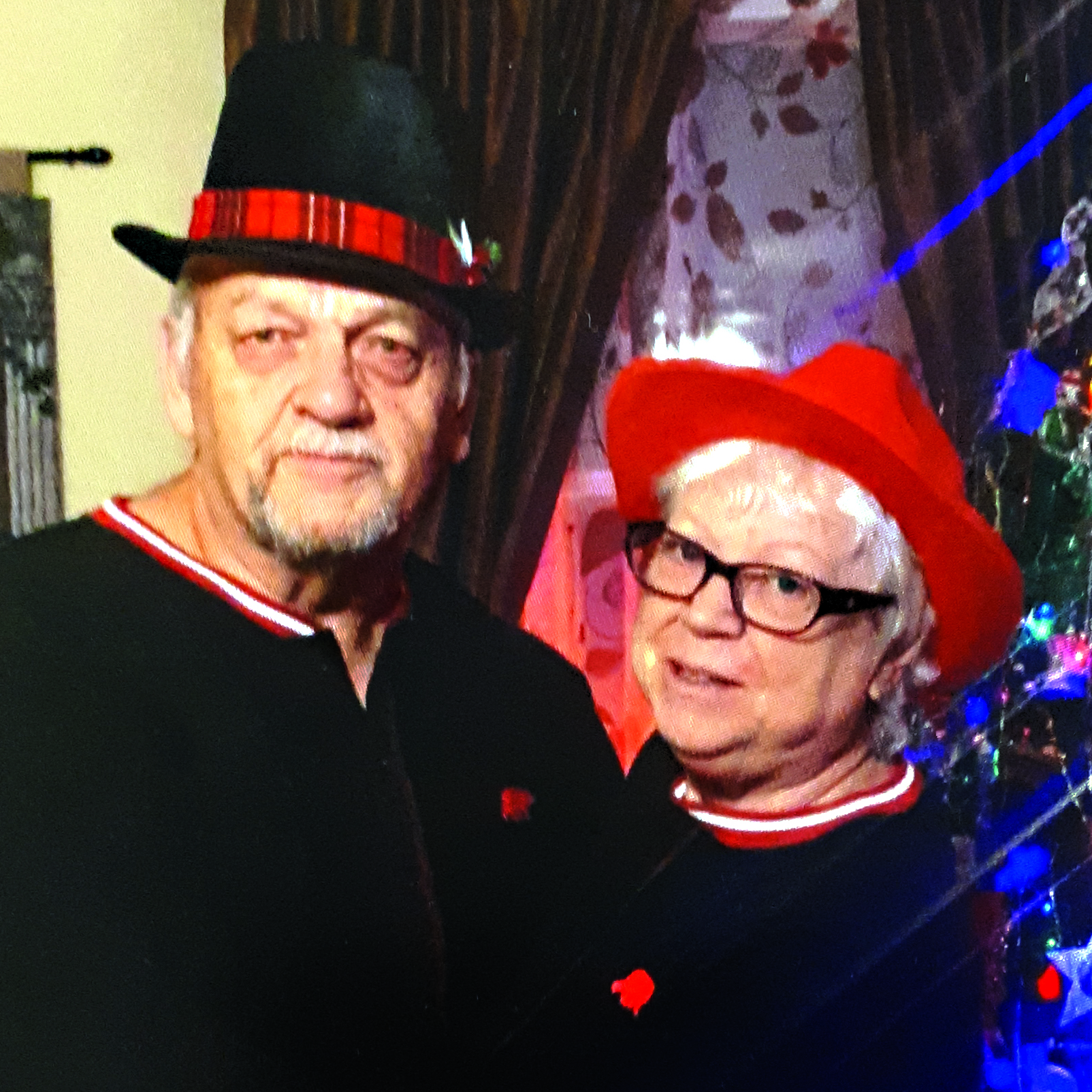 Linda Trail, New Brunswick
Linda’s husband Raymond has Parkinson’s Plus Syndrome and related seizures. When he became ill during the pandemic, the couple made the difficult decision to take him to hospital, having no idea they were in for the most difficult journey of their lives. Raymond was hospitalized for seven months and Linda travelled more than 7,000 km in total to be by his side every day. She literally became part of his care team, feeding and bathing him, supervising his exercises, comforting him when he was delirious and supporting clinical decisions made by staff. Even when it appeared his recovery had plateaued, Linda never gave up hope and was finally rewarded when they walked out of the hospital together hand-in-hand. Leanne Dunbar, Nova Scotia
Leanne’s mother Linda calls her an angel. Last year, Linda had a pacemaker inserted and had surgery for complicated diverticulitis. Her husband John (Leanne’s father) had a heart attack on top of a severe case of shingles. As a result Leanne has had her hands full looking after both parents. She does all their grocery shopping, errands and household chores, makes their meals and takes them to medical appointments. At the same time, Leanne remains very involved with her two daughters, driving them long distances to school and various extracurricular activities. Her mother says she does it all with a smile and a positive attitude. 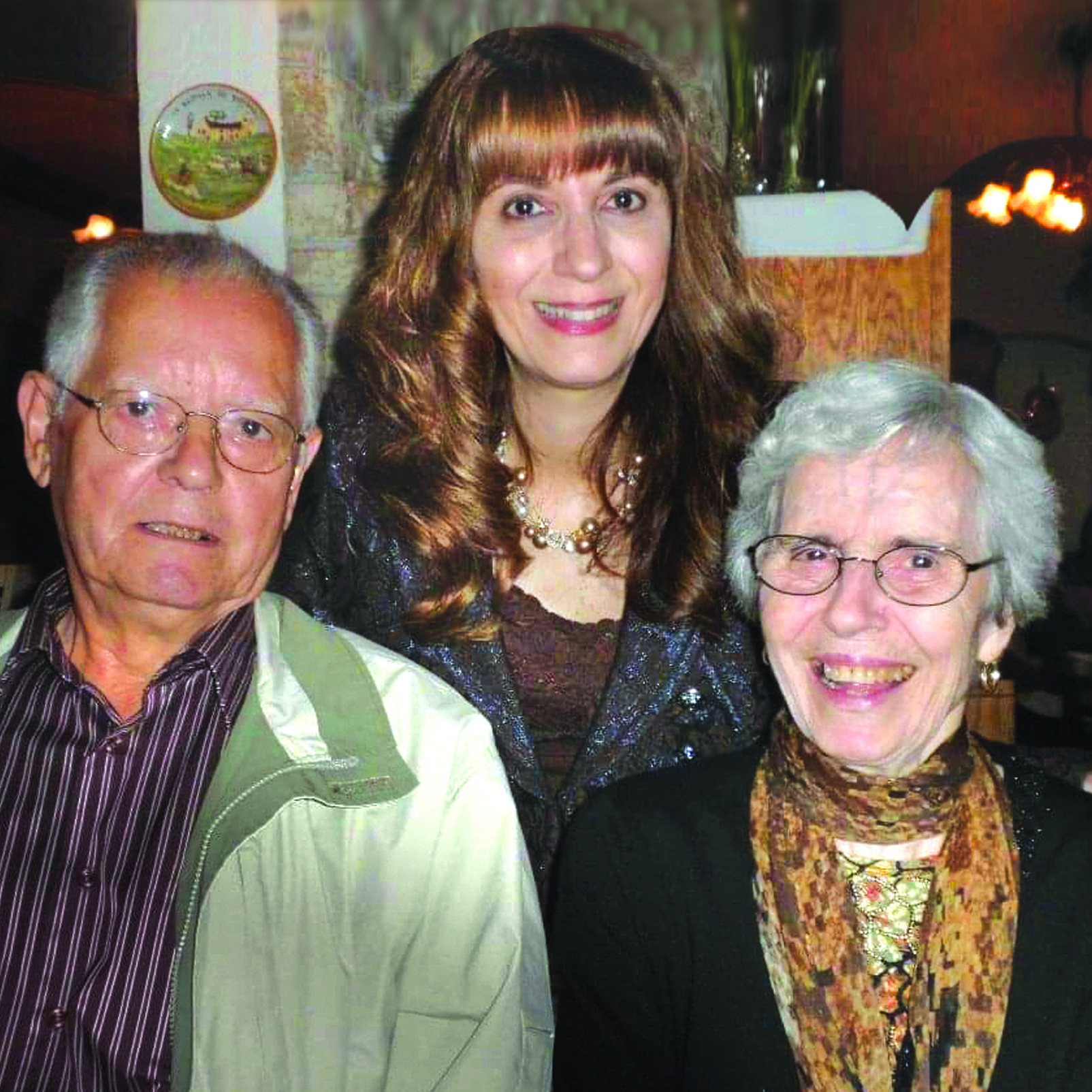 Leonia Maria de Melo, Quebec
Leonia is a full-time dedicated caregiver to her 93-year-old mother, Gabriela, who is in the final stages of Parkinson’s disease, lives with dementia and is unable to do anything for herself. Leonia provides constant care for her mother including toileting, feeding, bathing and administering her medications. At first, her sister Elizabeth assisted, until she was diagnosed with breast cancer. Now Leonia is taking care of both of them. Faced with the prospect of losing two of the most important people in her life, Leonia has gone through a rollercoaster of emotions. But, despite the turmoil, exhaustion and personal sacrifices, she firmly believes that “families take care of families” and manages to find the strength, stamina and commitment to carry on.

Laura Kalinek, North West Territories
Laura’s nine-year-old daughter Kimberlyn was born with down syndrome. Laura has done most of the caregiving for Kimberlyn over the years as she struggled to find reliable help in her small community of approximately 600 residents. Initially she took time off as a custodian for the Ehdiitat Gwich’in to care for her daughter but she now she relies on her two older sons to help her with Kimberlyn’s care so she can work. The good news: despite some persistent medical and dental issues that require lots of attention and care, along with long trips to Edmonton, Kimberlyn is thriving. 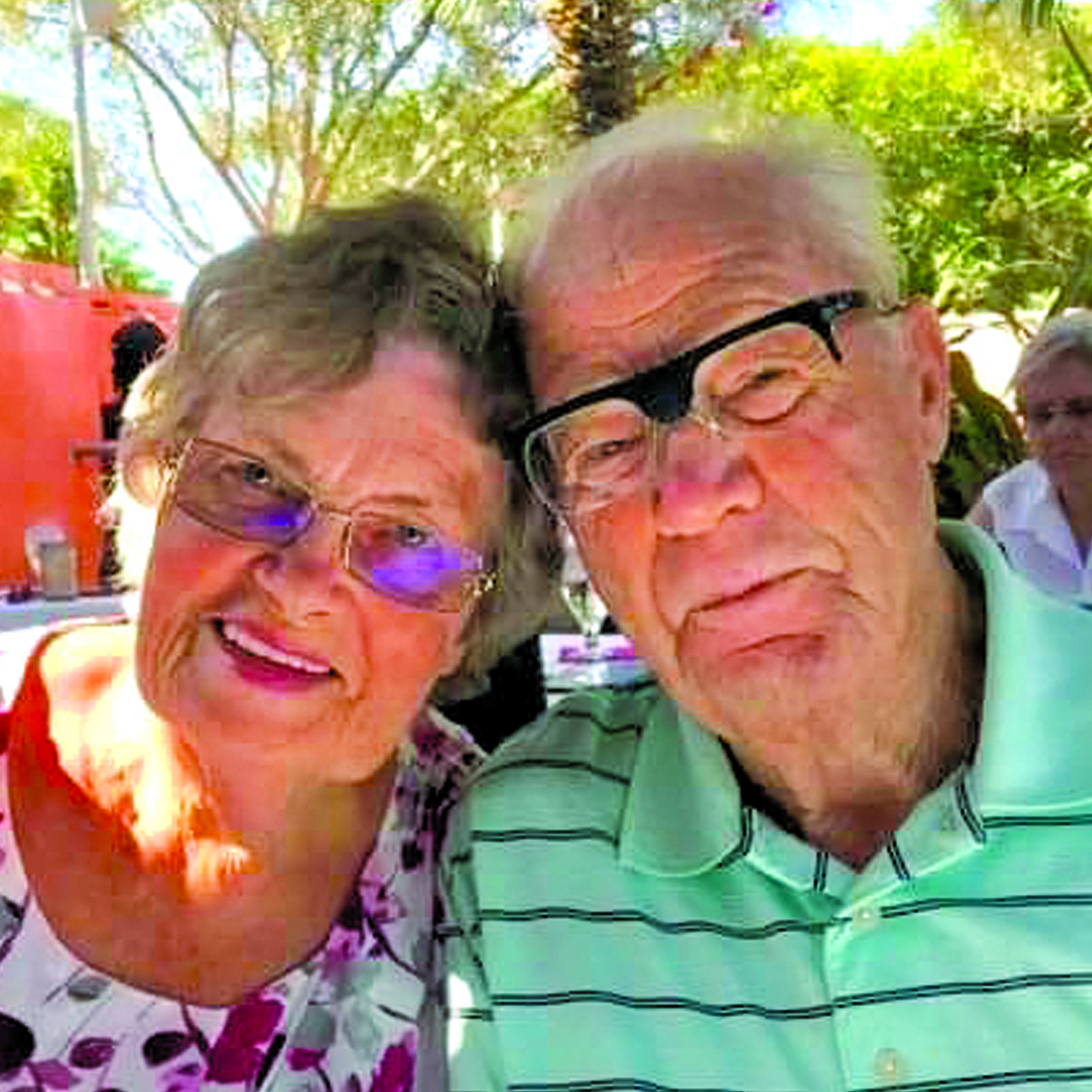 Shirley Love, Ontario
Despite being well into her 80s with hip and knee problems, Shirley took on the role of primary caregiver for her husband Mac after he had a stroke. Now legally blind with declining mobility, Mac relies on Shirley for everything including assistance with showering, navigating the stairs in their three story home, shopping, meal preparation and rides to medical appointments. On top of this, they both battled COVID last year. Unfailingly by his side, Shirley ensures Mac is well taken care of, safe and able to stay in the home they love. 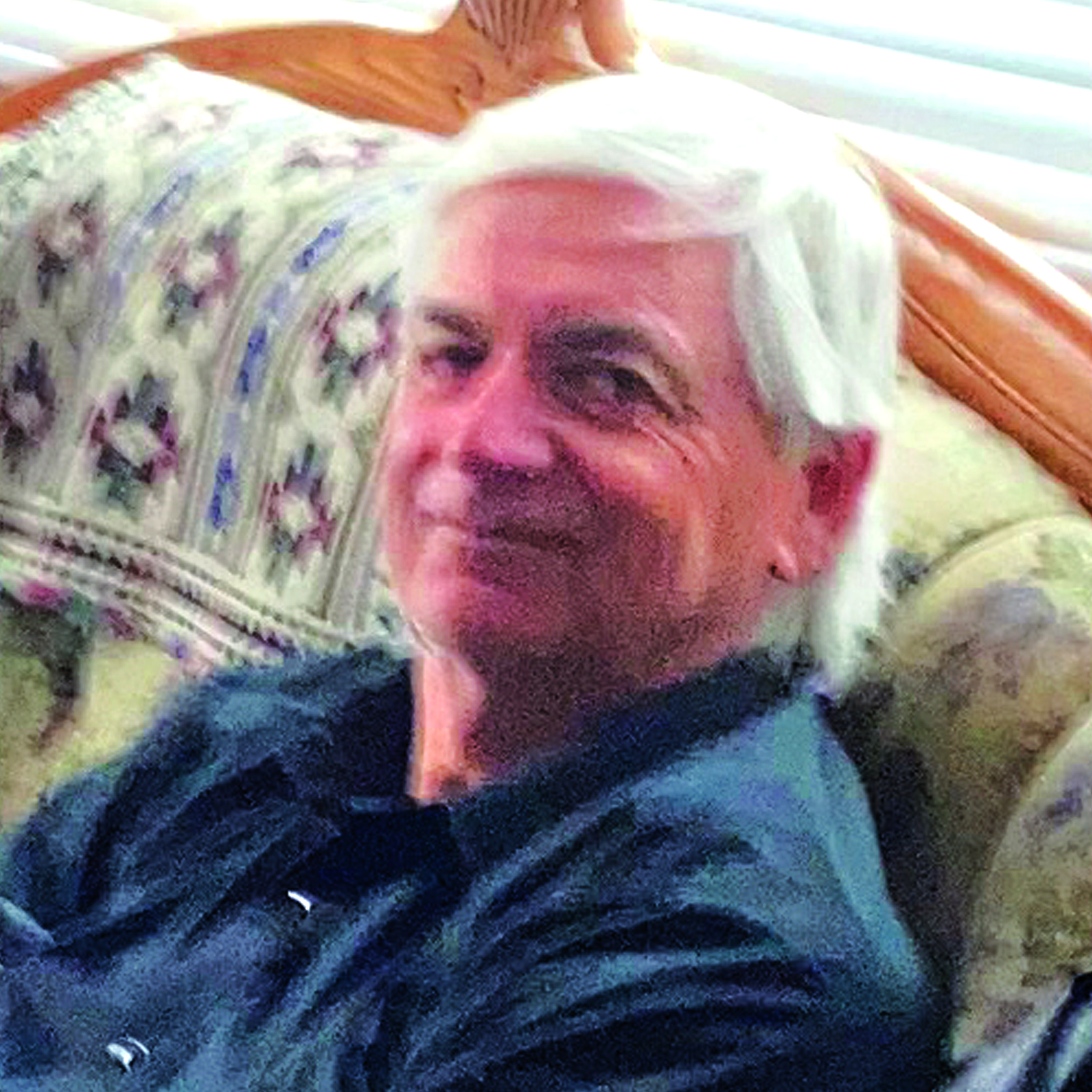 James Michaluk, Manitoba
James began caring for his wife Edith in 2015 after she had a stroke. Although her mind still functions well, Edith is unable to walk or speak and requires constant care. James looks after her every need without assistance or complaint. His role includes toileting, showering, dressing, making her meals and taking her to all her appointments. On days he’s able to go to work at his own contracting company, James takes Edith with him as he’s been unable to find a trust-worthy health care aid in their community. 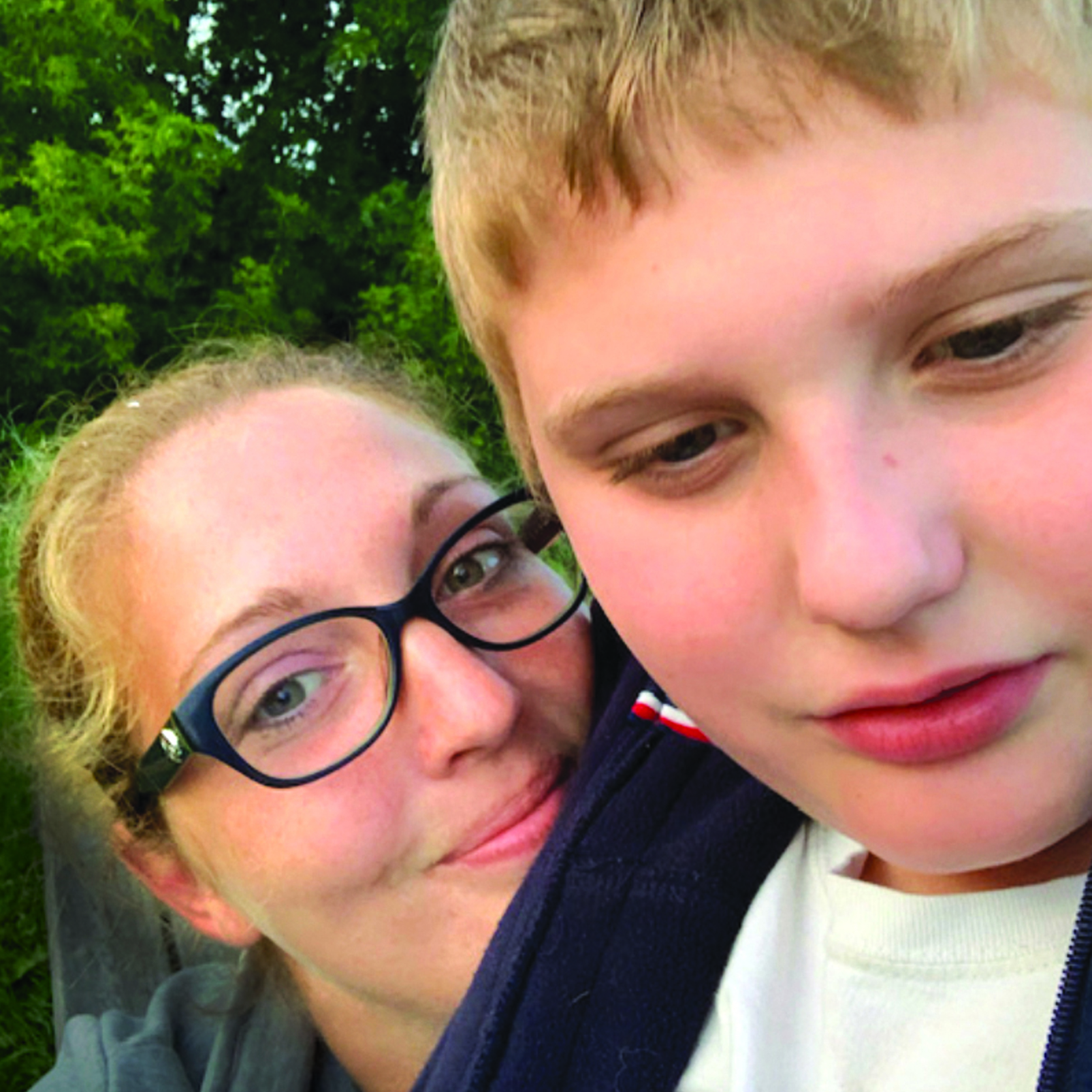 Nicole Taylor, Ontario
Nicole’s 11-year-old son Paul Jr. has been diagnosed with autism. As his primary caregiver Nicole continuously goes above and beyond to ensure her youngster receives the necessary therapy, education and programs to live a full life. Nicole and her husband Paul Sr. adopted their second child Leigh Ann at age 13. Remarkably, the energetic couple still find time to advocate for all parents of children on the spectrum and facilitate fundraising events that help provide inclusive social skills programs for autistic children across Eastern Ontario.

Joan Wisely, British Columbia
Joan’s husband Bruce lives with dementia. His sleep patterns are irregular. He goes from sleeping 20 hours a day to waking hourly during the night thinking he should be going to work. On those nights, Joan gets little sleep as she literally has to hold onto him and encourage him to stay in bed. Determined not to place Bruce in a facility, Joan does everything for him at home, despite the physical and emotional challenges. As Bill’s sole caregiver, she has been unable to undergo a much-needed hip replacement and has been largely isolated at home with no social support network during the COVID-19 pandemic.

Derek Ellis, Ontario
Derek’s mother-in-law says he’s an angel sent from heaven and an amazing caregiver to her daughter Crystal and their three children. Now in her early 40s, Crystal was diagnosed with juvenile diabetes at age 14. Her disease began to take a huge toll on their lives during her third pregnancy when her blood pressure soared and she started having trouble seeing. Labour was induced at 28 weeks. Crystal now has one glass eye and is legally blind in the other eye. Over the years since, she has endured life-threatening sepsis, emergency open-heart surgery, kidney failure and amputation of both legs below the knee. Through it all, Derek has selflessly cared for Crystal, meeting her every need and taking her to dialysis five days a week.

Canada Cares is a program of the Canadian Abilities Foundation (CAF), a registered charity. CAF envisions an inclusive, universally accessible society where all people belong and are valued. Our mission is to make Canada the most accessible and caring country in the world through advocacy, awareness building and sharing of best practice solutions.