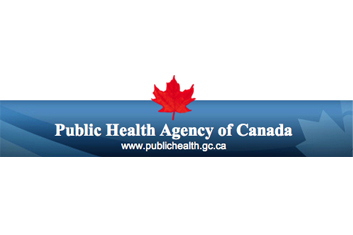 HPV Vaccine Isn’t Just a Shot in the Dark

Are you a woman with a disability? Have you considered getting the HPV vaccine?

Human papillomavirus (HPV) is one of the most common sexually transmitted infections in North America – researchers believe that 75 percent of all sexually active Canadians will have an HPV infection at some point in their lives. In most cases, infections resolve on their own, but persistent cases in women can lead to cervical cancer, and HPV is the leading cause of this type of cancer. More than 1,300 Canadian women are diagnosed with cervical cancer each year, and about 390 die from it.

The HPV vaccine, which is marketed by Merck-Frosst under the name Gardasil, has been proven effective against four strains of HPV, including two (types 16 and 18) that cause about 70 percent of all cases of cervical cancer. The vaccine won’t clear up existing HPV infections, but it will protect recipients from other types of HPV. Ideally, girls would be vaccinated before they become sexually active and are exposed to the virus.

Health Canada approved the HPV vaccine in July of 2006. Since then, it has been dogged by controversy, with several health-care professionals and stories in the media questioning whether the vaccine is effective, and if it was hurried through to approval because of heavy-handed pharmaceutical lobbying. As a result, when the Ontario government launched a plan to vaccinate girls in Grade 8 across the province at no charge (the series of three injections normally costs around $360), only about half of the students and their parents took them up on the offer. And that’s too bad, say many experts.

“Not only does the HPV vaccine help prevent cancer of the cervix, it also will help prevent many of the 300,000 abnormal pap tests reported every year in Canada, which require follow-up, referral to a specialist for colposcopy and possible treatment for pre-cancerous cells,” says obstetrics and gynaecology at Sunnybrook Health Sciences Centre and the New Women’s College Hospital/University of Toronto. “These treatments require us to remove or destroy pieces of the cervix in women who have often not yet completed childbearing. The vaccine also helps protect against the strains that cause 90 percent of external genital warts, which affect more than 75,000 Canadians every year.” (Please note that the vaccine is not a replacement for pap tests or safer-sex practices, nor will it prevent pregnancy.)

Dr. Durand adds that the guidelines for the vaccine are the same for women and girls with disabilities as for those without, and that there are no contraindications specific to those with chronic illnesses or disabilities. She strongly recommends that girls with disabilities receive the vaccine. “These girls may well become sexually active and need protection from this sexually transmitted virus, even if they do not engage in penetrative vaginal intercourse,” she says. “Other forms of genital skin contact may result in transmission of this virus and disease.” She adds that girls and women with disabilities are also at risk of sexual abuse, and vaccination protects them against HPV infection.

Adult women may also benefit from the vaccine. In February of 2007, the National Advisory Committee on Immunization (NACI) published guidelines stating that, although research into the use of the HPV vaccine for women over 26 is ongoing, vaccination may be considered in individual circumstances. “Preliminary data in women over the age of 25 who were already sexually active upon vaccination shows very good results in preventing abnormal pap tests,” says Dr. Durand. “Many women do wish to consider vaccination to help protect themselves from future exposure to this virus. The chance that a woman is carrying all four strains of the virus and would not benefit from vaccination is only one in 1,000; 99.9 percent of women will therefore have at least some benefit from vaccination, even if they are already sexually active and even if they have a current or past history of HPV, genital warts or abnormal pap tests.”

Women who are pregnant should not receive the vaccine, although there were no increased complications for the baby or mother when pregnant women were inadvertently vaccinated. Gardasil is safe for breastfeeding moms. The effectiveness of vaccination may be lower in women with certain chronic illnesses, such as HIV infection, as they may not mount as strong an immune response as women without chronic illness.