Food–so much more than nutrition 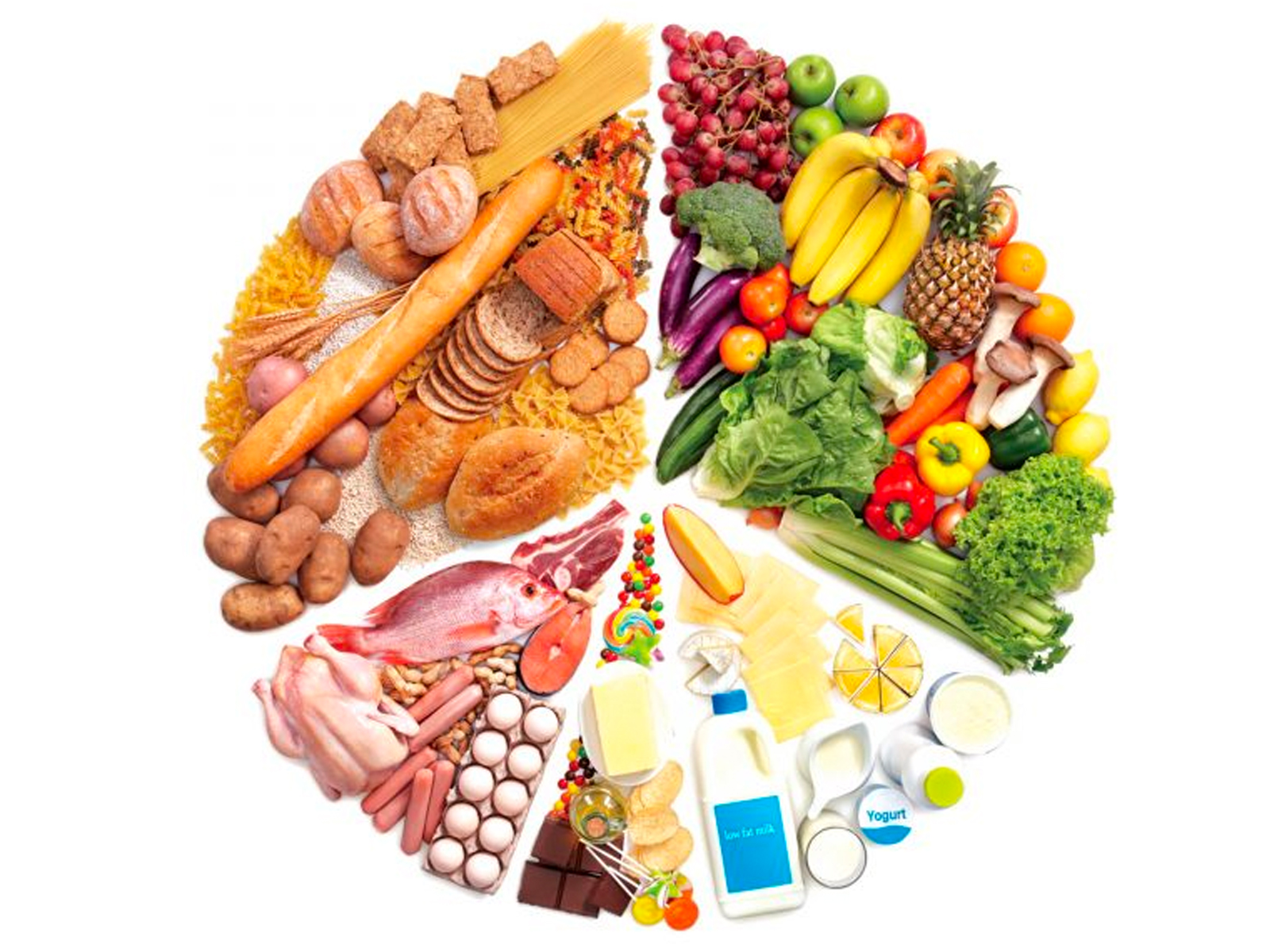 Over the past 18 months, needing to cook and eat at home or be more socially isolated has many of us more aware of the importance of planning, preparing and presenting food in ways that will promote both togetherness and good nutrition.

Reports by the World Health Organization suggest that the majority of diseases that older adults suffer are as a result of poor diet and age-related challenges. Things to consider as our bodies age include:

1. Decreased sensitivity: It simply takes more time and energy to trigger a sense of smell and taste, leading to trouble differentiating fresh food from stale. Medications can cause nausea, reduced appetite and changed taste buds. 2. Poor dental health: Missing teeth and receding gums can cause jaw pain, mouth sores and weakened ability to bite or chew. 3. Reduced resources: Money worry may cause someone to buy cheaper food which, in most cases, is less nutritious. Without help they may not visit stores to obtain fresh food due to lack of transportation, poor weather conditions or pandemic fears. 4. Frailty: Pain or weakness can make cooking, carrying groceries and preparing food more daunting, and depression or loneliness may lead to apathy around eating. 5. Memory Loss: May lead to skipping meals or shopping trips.

What a person was eating, when and with who also provides clues to understanding their physical, mental and emotional well-being, and for setting them up for a successful living experience. Isolation and depression may reduce their motivation to eat, resulting in lost body weight, weakness and confusion, which may even mimic dementia.

Depression, often associated with loss or deterioration of social networks, is a common concern and a contributor to a loss of appetite. Prescription medication side effects could prevent absorption of nutrients, gastrointestinal symptoms and loss of appetite. Protein-energy malnutrition is associated with impaired muscle function, decreased bone mass, immune dysfunction, anemia, reduced cognition, poor wound healing, delayed recovery from surgery, and ultimately, increased morbidity and mortality.

Let’s see what some real-life examples have to teach us:

Anne was a teacher who was widowed early and raised two children on her own. After work, cooking was the least of her interests and the family ate out of tins. Once she retired, Anne lived on tea, toast, muffins and the occasional cut up apple. When a bad cold turned into pneumonia, Jenny, her daughter, was told that her mother was both malnourished and depressed. A social worker suggested a move to assisted living. Anne didn’t want to give up her home but after a two-week trial at a faith-based facility where three meals a day and activities were provided, Anne agreed. Jenny visited each Friday and noticed both her energy level and her food consumption had really improved. Anne also demonstrated a new-found interest in socializing and said proudly, “I’ll never have to put together a meal or eat alone again!”

Clearly, more than just not eating was at stake here. Expert advice includes:
• Encouraging a poor eater by making meals a social activity. Visit at mealtime or in assistive living, match them up with appropriate tablemates to make mealtimes about friendship as well as nutrition.
• Offer healthy choices whenever food is served; a picky eater might ignore lunch but be hungry at teatime.
• Assist with shopping for a variety of easy to eat/prepare foods.

Lauren had kept a beautiful house and her parties were legendary. She hated to leave her home and resented having no input into what she was given to eat. She became a shrill critic in the dining room, scolding the servers and sending things back.

Dr. Elisabeth Kübler-Ross’s groundbreaking 1969 book, On Death and Dying, defined the five stages of grief—denial, anger, bargaining, depression and acceptance. These stages originally referred to death, but they apply equally to any unwelcome change in our lives.

In Lauren’s case, she had defined herself as a hostess and provider of good meals for everyone. The residence food, which she disliked, became the object of her misplaced rage at the loss of her husband, self-image and her role in life.

How to help her:
Some suggestions that were put forth by the team included helping to restore her sense of purpose by:
• Extending the existing primary school’s visit- and-read program to include a few cooking and baking lessons that Lauren could host.
• Inviting Lauren to become a retirement home ambassador, giving tours and greeting at social events.

Ralph moved into the retirement home to be close to his wife, who was in the heavy-care unit. A vegetarian, diabetic, master vegetable gardener and amateur chef, Ralph had lost weight after a heart attack. In the home, he felt his needs weren’t met. “I don’t think this outfit understands vegetarian cooking! I’ve got a little kitchen—I think I’ll make my own food—then I can eat what and when I like!”

Life skills, interests and right to choose do not disappear at a certain age. Ralph had the potential to make a valuable contribution to the community which, fortunately, management had the wisdom to recognize.

Ralph had some great ideas:
• Allow flexible meal plans—if a resident can shop and cook safely in their suite, they should be encouraged to do so—although it’s always a good idea to have dinner in the dining room a few times a week to prevent isolation and encourage friendships.
• Enable “anytime” meals with breakfast, lunch and healthy snack supplies in a central location for residents who prefer to “graze” rather than maintain strict mealtimes.
• Create a “menu advisory committee” to have input into meals, ingredients and food preparation.
• Introduce a green-thumb club that will support members who want to grow fresh herbs and veggies in a back yard, rooftop or windowsill.
• Set up cooking sessions, demos or classes—especially for the male residents.

Eleanor was a shy European woman who was never part of the “in” crowd, and worried about her knowledge of English. Her recent diagnosis of dementia eroded whatever confidence remained. The Director of Resident Services carefully placed her with other well-educated women at mealtimes but Eleanor avoided the dining room and skipped meals. Housekeeping staff reported empty sherry bottles in her wastebasket.

Social anxiety is characterized by fear of being embarrassed and judged by others in social situations. Some sufferers may self-medicate with alcohol or other drugs to reduce fear and inhibition. The Resident Services Director called a staff meeting, after which she invited Eleanor to visit her office. As they chatted, she learned that Eleanor had always lived alone; ate at her desk during her career and in front of the TV after she retired. Truth was, she admitted, Eleanor worried about her ability to converse, her accent and her table manners. Also, she found the mealtimes too early and the cuisine bland and colourless. Eleanor also defended her right to have an aperitif or two before dinner—why not?

How can Eleanor be better supported?
Pre-meal introductions for coffee or social activities may help break down mealtime friendship barriers.
• Residents may also wish to eat later in the evening—perhaps at seven o’clock, not five o’clock—can that be an option?
• A watchful dining room manager can make all residents welcome, introduce people and tune in to dining room politics.
• Diverse tastes can often be satisfied with optional spices and menu choices such as stews/curries/tiramisu or cappuccino can add a more familiar touch.

Arthur was British to the core—ramrod posture, cut-glass accent and impeccable manners. After the death of his wife, he became depressed and made do with microwave meals. His younger brother suggested a senior living facility. However, not long after moving in, Arthur started to skip meals and order take-out. He also became aggressive and belligerent.

Aside from arranging a doctor’s consultation to review Arthur’s medications and conduct an assessment for depression, a nutritionist was called in to review his daily diet. She pointed out to the team that aggression is a behaviour that many food experts say can be altered by diet. Among the foods that are said to cause aggressive behaviour are trans fats found in junk food; manufactured chemicals like aspartame and MSG, excessive sugar, salt or alcohol, or low blood sugar can also be hidden culprits.

What did we learn?
• If there are behavioural issues, always look at the total picture.
• Understand the resident’s background, culture and history and consider the impact a loss and moving may have.
• Encourage changes in cuisine gradually, providing information and demonstrations stressing the dish’s history, ingredients and health benefits.
• Listen, listen, listen!

Looking ahead
The upcoming senior cohorts (Baby Boomers) will undoubtedly push for continued change and greater personal choice. Educated, well-travelled, more gastronomically sophisticated, they’ll challenge every aspect of current food, delivery and service. They’ll expect a choice of cuisine that meets their dietary needs along with options when it comes to meal timing, venues and input into ingredients and preparation for their food.

And why not? Food is fuel and perhaps the most effective form of medicine.

Pat M. Irwin, BA, AICB, CPCA, is the president of ElderCareCanada and a professor of distance learning at Centennial College.

PreviousRun, jump, swim: Can being active keep you young?
NextRe-envisioning aging in Canada