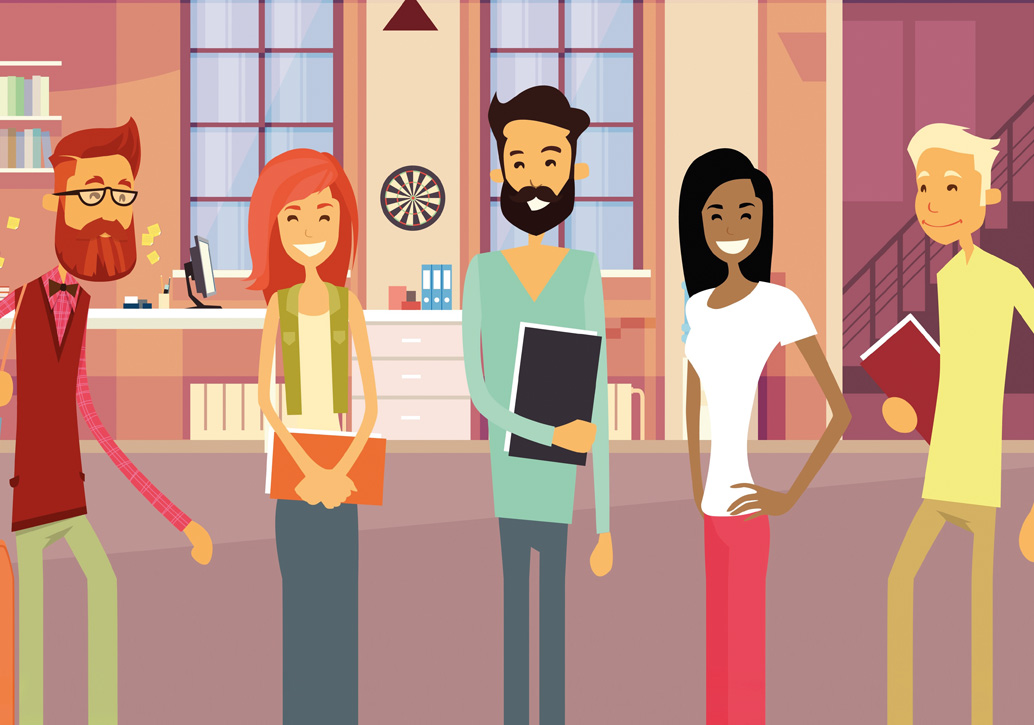 Hidden disabilities have become a sensitive topic on many campuses. Within one academic year, two students at the University of Waterloo and several more at University of Guelph committed suicide. In support, 7,800 students signed a petition pointing out the desperate need for reform of the existing mental health support system. In addition, the Toronto Star reported in August that there is no official body responsible for keeping track of the number of students dying by suicide each year.

Trying to succeed in school with a hidden disability

Though the students mentioned in this article attend Ryerson University, their stories are indicative of what is going on across all post-secondary campuses.

Invisible battles may not be noticeable to the naked eye, but they persist everywhere.

Shahira Alo had three hours before her math test when she felt her breath run shorter and her chest tighten. She could feel a panic attack coming on again. To avoid having one in the middle of her exam, she reluctantly took a pill, something that she only does in desperation as a last resort.

Shahira had been troubled by suicidal thoughts for days. She was exhausted. In the moment she didn’t care about the consequences of taking a tiny pill that promised to calm her down but was also known for bringing on dizziness, muscular weakness, distorted vision and an overall lack of coordination.

Despite studying hard and having an academic accommodation that provided her with more time to write, she looked down at her exam and, to her dismay, couldn’t make sense of it. Sure, the words were there, but suddenly she couldn’t answer any of the questions. Her only hope was to “bullshit her way through it” for dismal partial marks. This is how it’s been for her whole school life and how it looks like it will be for her university career.

Often, invisible disabilities are considered less significant than physical ones. But without a doubt, this idea continues to promote an unnecessary stigma, ostracising and diminishing the daily mental health struggles of many.

Hidden disabilities have become a sensitive topic on many campuses. Within one academic year, two students at the University of Waterloo and several more at University of Guelph committed suicide. In support, 7,800 students signed a petition pointing out the desperate need for reform of the existing mental health support system. In addition, the Toronto Star reported in August that there is no official body responsible for keeping track of the number of students dying by suicide each year.

Closer to home, the Ryerson Students’ Union has kept the improvement of mental health services on its radar and the school’s current academic policy is under review. Now the accommodation system has several measures to aid students experiencing illnesses, disabilities, grief periods, prejudice, procedural errors in evaluations or religious and spiritual holidays. And a long-delayed wellness centre finally opened last February.

According to Marc Emond, acting assistant director of academic accommodation and learning for the 2018–2019 school year, 3,119 students are expected to register for accommodations.

Shahira’s disabilities are invisible: Bipolar disorder, generalized anxiety disorder, post-traumatic stress disorder and attention deficit hyperactivity disorder. She also lives with endometriosis and a variety of anxiety-related symptoms, such as muscle stiffness that cuts her circulation to the point of numbness. The aspiring student never leaves the house without her pillbox—full of Adderall, Ativan, lithium, Tylenol #3 and Tylenol Extra Strength. Rarely does she end the day without grabbing for the pillbox, lifting the cap and popping at least one pill.

The process of registering for academic accommodations or consideration can be overwhelming because of the complexity and consistent referrals to other offices, so many give up on the system. “There’s just no point sometimes,” Shahira says.

Shahira tells me she had another episodic breakdown in the midst of her final semester, which forced her to obtain a medical certificate to qualify for a midterm rewrite. It was the third time she’d submitted an online sick note giving the reason she wasn’t able to perform adequately on a test or assignment. After Shahira submitted that certificate, she was called in to chat and offered a range of different types of accommodations. But rather than feeling supported, she felt pressured, generalized and defined by the documented severity of her illnesses.

Shahira isn’t the only student whose marks suffer as a result of invisible disabilities. One study from the Ontario Canada Reference Group, completed over the last few years, suggests that a third of students deal with anxiety issues surrounding their grades. In addition, almost a quarter of the surveyed students were dealing with depression and six per cent lived with learning disabilities.

Arthur Amine is another student who is covered by those statistics. The fourth-year social work major has no problem being friendly to those around him, even though his occasional anxiety is often thought to be “awkwardness.” Yet when Arthur walks into a school building, he hears a voice inside his head telling him that all of the other 36,000 students “don’t like you.” The palms of his hands instantly get clammy—he feels hot and often experiences a pain in his chest.

Still, Arthur says that because it’s taking so long for him to get an accurate diagnosis, no one acknowledges that he has a legitimate mental health issue. “Are you sure?” his friends asked him when he finally opened up to them about his disorder. “But you’re so social!”

Because he is afraid to stand up in front of crowds, Arthur’s ability to do well in school has been compromised. He reports that he never raises his hand during class and has received much lower grades than he should have as a result.

One day a doctor told Arthur that he had a cancer known as Ewing’s sarcoma in the soft tissue of his scalp. It has a 98 per cent recovery rate, so Arthur spent his chemotherapy focusing on recovering and trying to relax. Although he lost his hair from the aggressive treatments, he saw this time period as a “break from reality.” His depression and anxiety were on hiatus.

Disappointingly, Shahira and Arthur tell me they have little the faith in Ryerson’s student support system and face the daily stigma of being called liars and fakes by peers.

It’s late, and I’m messaging Shahira to confirm last-minute details for this article. After an hour of waiting for the read receipt to appear, she texts to say she’s had a breakdown and is taking Ativan.

The morning after Shahira’s exam is a “regular” morning. The side effects of her previous breakdown don’t carry over but they will start anew, and she will soon open her box and pop another pill. She tells me she’s getting out of bed with a T3 already in hand. She doesn’t need any water.

She’s ready for another day on campus, fighting her invisible battle.

The original article was published in The Eyeopener.

*Names have been changed. All portrait photos are generic.