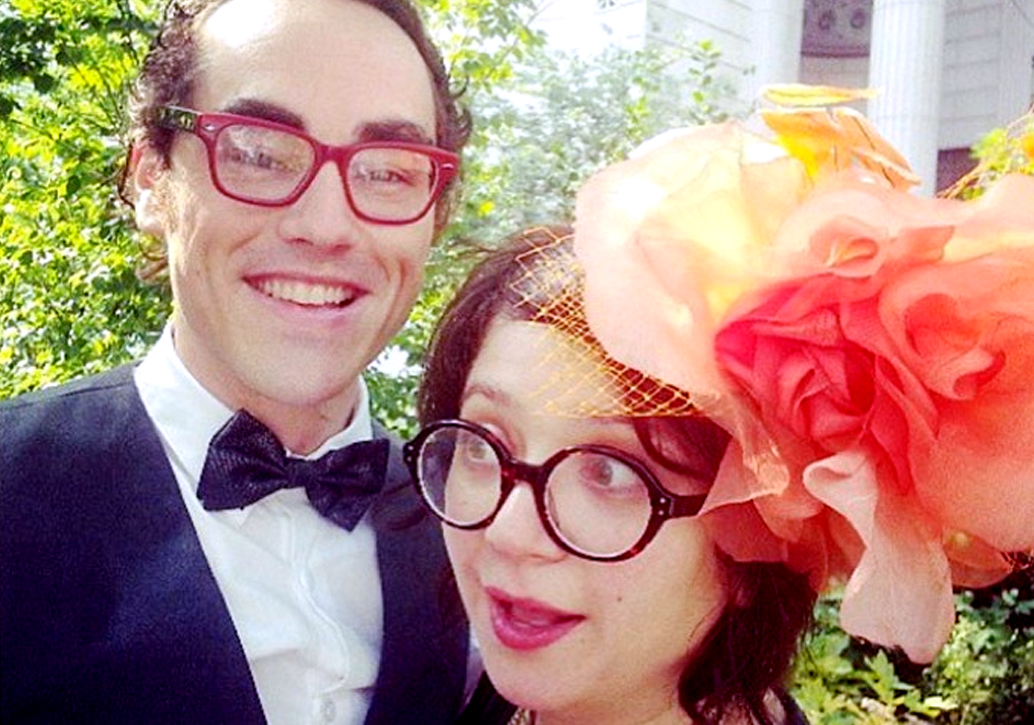 He’s not the only one this impacts!

My husband has Type-1 Diabetes. Not the old person kind, the kind you’re born with. He also has seizures. And not just seizures caused by low glucose, but by actual Epilepsy.

Alan is sitting on the floor next to a second glass of orange juice I’ve poured for him. His forehead is covered in sweat like he just got back from a two hour run. He’s staring at his feet. In about ten minutes he’ll snap out of it, look up and ask, “It happened again didn’t it? Was it a bad one?”

We just returned home from celebrating the Lunar New Year. I don’t know how long he was hypoglycemic for but in retrospect the signs were there. It probably started around the time he yelled at a man who honked his horn. Maybe it should’ve occurred to me that his blood sugar was low when he rudely dismissed my dramatic re-reading of RIP Scalia tweets. It wasn’t until his pace fell behind mine and he stumbled that I knew his blood sugar was low.

Alan with his insulin pump and a Holter heart monitor he used to discover a heart arrhythmia that was recently corrected with surgery.

So, I take a deep breath and ask him to check his blood sugar wondering, “Where is that extra bottle of O.J.? Oh, he must’ve drank it when he got low two hours ago…” Then, our daughter wakes up from the stroller and starts to run around. Instead of checking his blood sugar, he bends down and throws her over his shoulder, making her hysterically giggle. Normally this sight and sound sets off a bomb of love in my heart but this time I feel only dampness. I sternly repeat Please check your blood sugar and ask him to put her down. We both know he shouldn’t horse around when he’s low. “Please check your blood sugar,” is a meaningless request when I already know what the reading will reveal: he needs some juice.

A five-minute walk from the sidewalk to our apartment door turns into twenty minutes. His eyes are dilated and keep darting around, repeatedly checking for the kids and the dog, as if we left one behind. His steps are slow behind me when normally his pace is a few steps ahead. He refuses to let go of the stroller when we exit the elevator. He doesn’t know where his keys are. He stands in front of our apartment door unable to comprehend how to open it. I suspect he may not really know where we are.

Within a span of sixty days Alan proposed, we eloped, quit our jobs and moved out West to follow Alan’s passion for health related technology.

Understandably, these blood sugar swings have become more frequent since the kids were born. I tried to take the brunt of the newborn late nights as much as I could by convincing myself sleep deprivation is temporary sleep deprivation is temporary sleep deprivation is temporary and an acceptable sacrifice so that Alan gets what he needs. And Alan, wanting nothing more than to care for his newborns and wife stayed up as late as he could before he went to work to let me rest. These circumstances forced Alan to abandon a regimented Ironman training routine which helped regulate his blood sugar. The kids obliterated the concept of a regular sleep/eating schedule which are the most effective ways to control something he’s taken care of since he was six years old.

When the twins were born last year Alan chose to abandon his workout routine that helped regulate his blood sugar so he could both work and take care of the family. Look how fucking hot he looks. Damn, I’m getting thirsty.

At the beginning, every holiday seemed to be followed by a seizure: New Years, Valentines’ Day, friends’ weddings, birthdays… until we realized it was the previous late night mixed with celebratory alcohol was what was causing them. Long ago, Alan figured he’d never have kids. He didn’t want to pass on the genetic pre-disposition for these illnesses (Though these two conditions are not strictly genetic his sister, his mother and two aunts are all T1D and his father is epileptic.) But he has since changed his mind, or as my OBGYN put it, “There’s one… and there’s the other!” and here we are, a family of four and he’s constantly diagnosing the children with problems like diabetes (“She peed a lot more than normal today”), Epilepsy (“His eyes rolled to the back of his head!”), and of course autism (“He never smiles, she never cries…”). I respond by keeping it zen, “Everything will be fine…” hoping my chillness will be contagious but instead it only makes it worse. His concerns sound somewhat irrational to me but his instincts are informed by his very real conditions. It doesn’t help that our son was diagnosed with a heart condition. He’s sensitive to the twins’ health and I’m sensitive to their emotions. We play to each other’s strengths.

But, we argue a lot. He can get rude and I can get defensive. A winning combination for total disaster. Last week I walked out of the room to keep my cool when an argument over nothing escalated far too fast — only to have returned to find him passed out on the couch. Oh, his blood sugar was low. That’s why we were fighting. He’s immediately forgiven. I go to the kitchen to get a glass of O.J. — only to find we’re out of it. At this point, the kids have woken up from their nap, a hour early. Now I’m furious. How can we not have more O.J.? I yell at him when he is most vulnerable. His response time is so slow I know he won’t be able to answer. Are you trying to kill yourself?? Do you want to die?? What is wrong with you?! He sits on the couch, sweaty, hugging himself, and catatonic. I continue to berate him, pack up the crabby children into a stroller to go to he closest bodega. I can’t leave the twins crying at home when he’s like this. The last thing I tell him before I leave is I hope he doesn’t die.

I’m being dramatic. I’m angry. I’m hurt. And, I want him to feel hurt too. Maybe it’ll help him understand that he isn’t the only one his illness impacts. And let me be clear— he does understand but feels terribly guilty but in this moment I am alone. I morbidly wonder what it’ll be like if he does die. Because he will… one day… likely years before me.

But he doesn’t die. Of course. This time he’s fine. He drinks the O.J. He doesn’t remember me yelling at him, leaving with the kids, drinking the O.J., he doesn’t remember a thing. I’m ashamed. I reassure him that everything is O.K. now. He’s covered in sweat and shivering.

He asks if it’s ok if he hops into the shower.

I ask myself for forgiveness.

Thanks to my husband Alan for his support in sharing this story. And thanks to Alicia for encouraging me to share it. 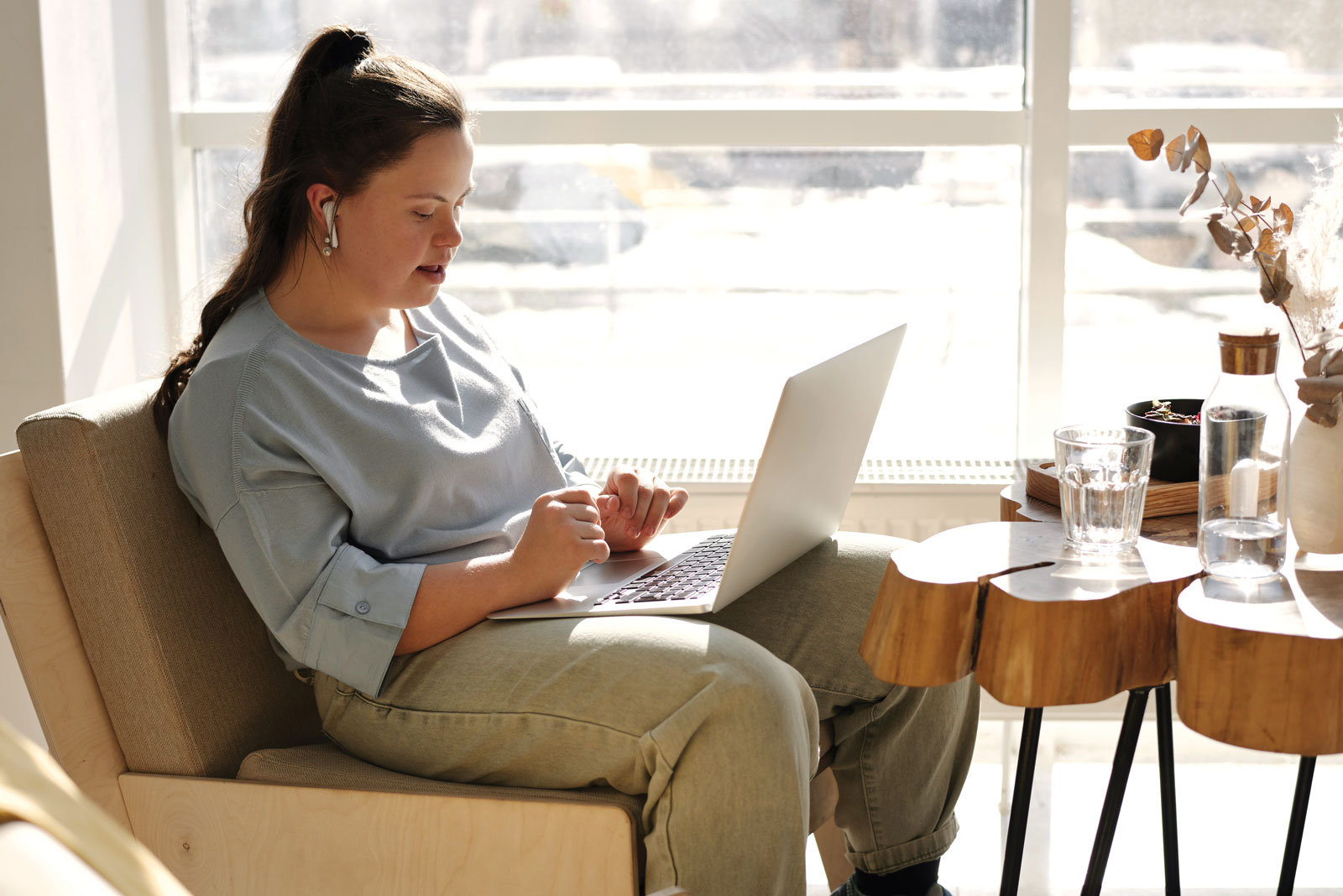