I have cerebral palsy and my wife, Brittany has dwarfism, and we are expecting our first child. Brittany is about 20 weeks along—the safe zone—so we’ve started telling people. I was nervous to share the news at first, because I didn’t want the questions. Most parents might expect to hear “Congratulations!” when announcing a pregnancy. But I’ve been bracing myself for, “Are you sure?” or “Have you thought carefully about this?” followed by various iterations of “How are you going to change a diaper/chase a toddler/carry a newborn?” 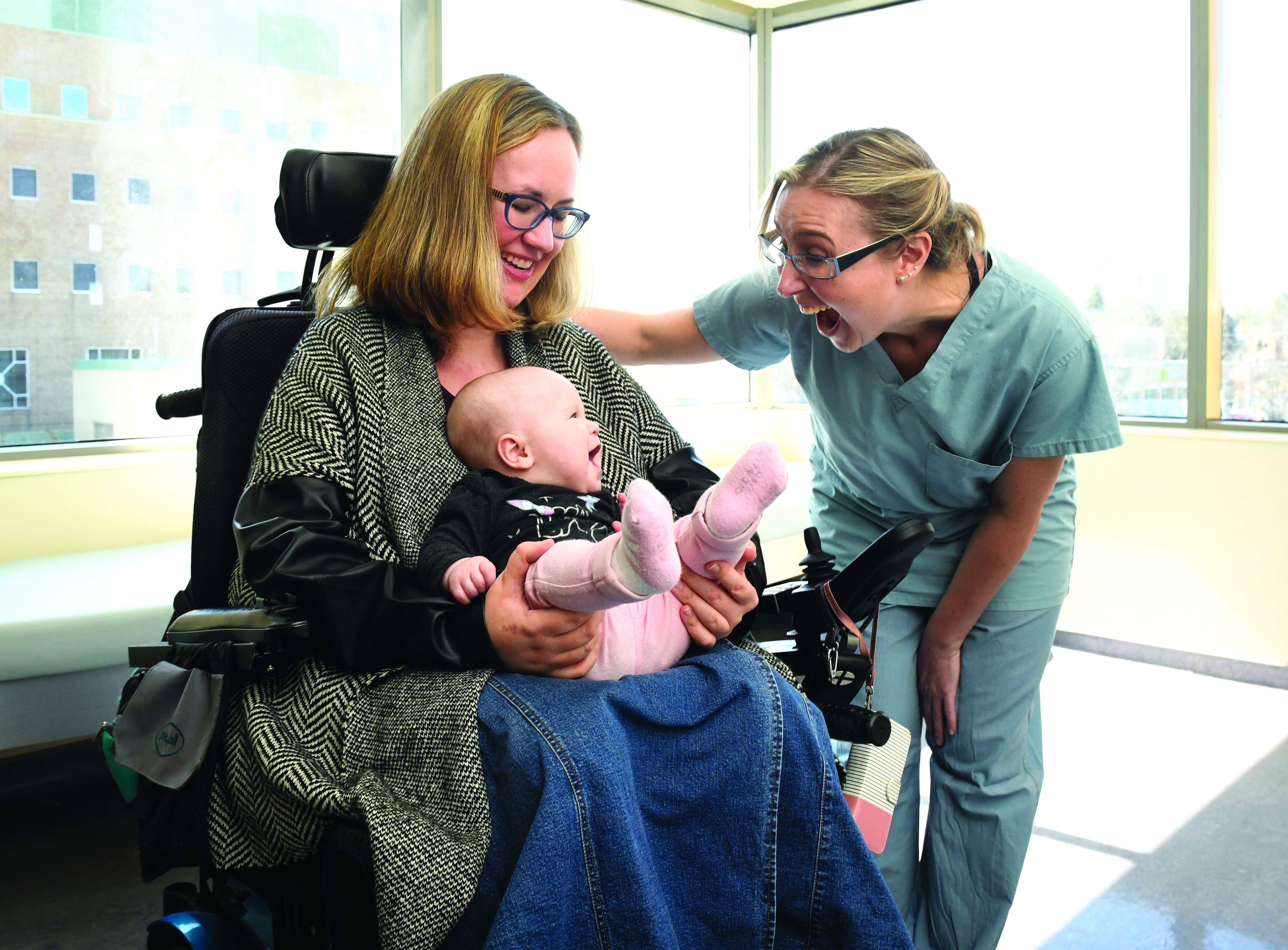 There’s a common misconception that disabled people can’t—or worse, shouldn’t—have babies. But the truth is that pregnancy rates among people with physical disabilities are only slightly lower than in the non-disabled population. One in four Ontarians with a physical disability is the parent of one or more children. Yet according to the preliminary findings of a University of Toronto study, parents with disabilities face more surveillance and stigma around how they parent. People with disabilities may experience unique challenges, both in pregnancy and with some of the tasks involved in raising children, but that doesn’t take away from all they have to offer as parents—or from their fundamental human right to have and raise children.

What are you going to do?

“My doctor made the assumption that I couldn’t be a parent,” says Shanel Smith, a North York parent who studies healthcare management at York University. A single mother, Smith has cerebral palsy, and her child, Ariyah, is now four years old and thriving. Smith recalls that at her first obstetrics appointment, when she was 22 weeks pregnant and 21 years of age, her doctor told her that even though they would support bringing her baby to term, they’d be calling the Children’s Aid Society (CAS) right after the birth.

“I remember her asking me, ‘What are you going to do? How are you going to take care of this baby on your own?’” Smith says. “I said, ‘Exactly how any other parent would. I’m not the first single mother and I won’t be the last, and I just happen to have a disability.’”

In fact, the reason Smith had waited until 22 weeks to have her first scan, instead of 12 weeks as is generally recommended, is that she was afraid no one would support her raising her child.

By the time she met with this doctor at all, she’d already been rejected for treatment by two hospitals.

After her worst fears were realized at the very first appointment, Smith contacted CAS proactively. By taking control of her narrative, she was able to build a support network and get resources and services in place so she could raise her child on her own. Even so, on the day she gave birth, the nurses immediately removed her newborn baby, not knowing that Smith had a plan in place and a social worker who supported it. The baby was returned to her the following morning, but it still saddens her that those first hours of bonding were essentially stolen from them. “That first memory—that embrace, that skin-to- skin—I didn’t get that. That was the hardest thing for me about this whole experience,” says Smith.

Morning sickness is the least of your worries when you’re dealing with prejudice and inaccessible health care systems. 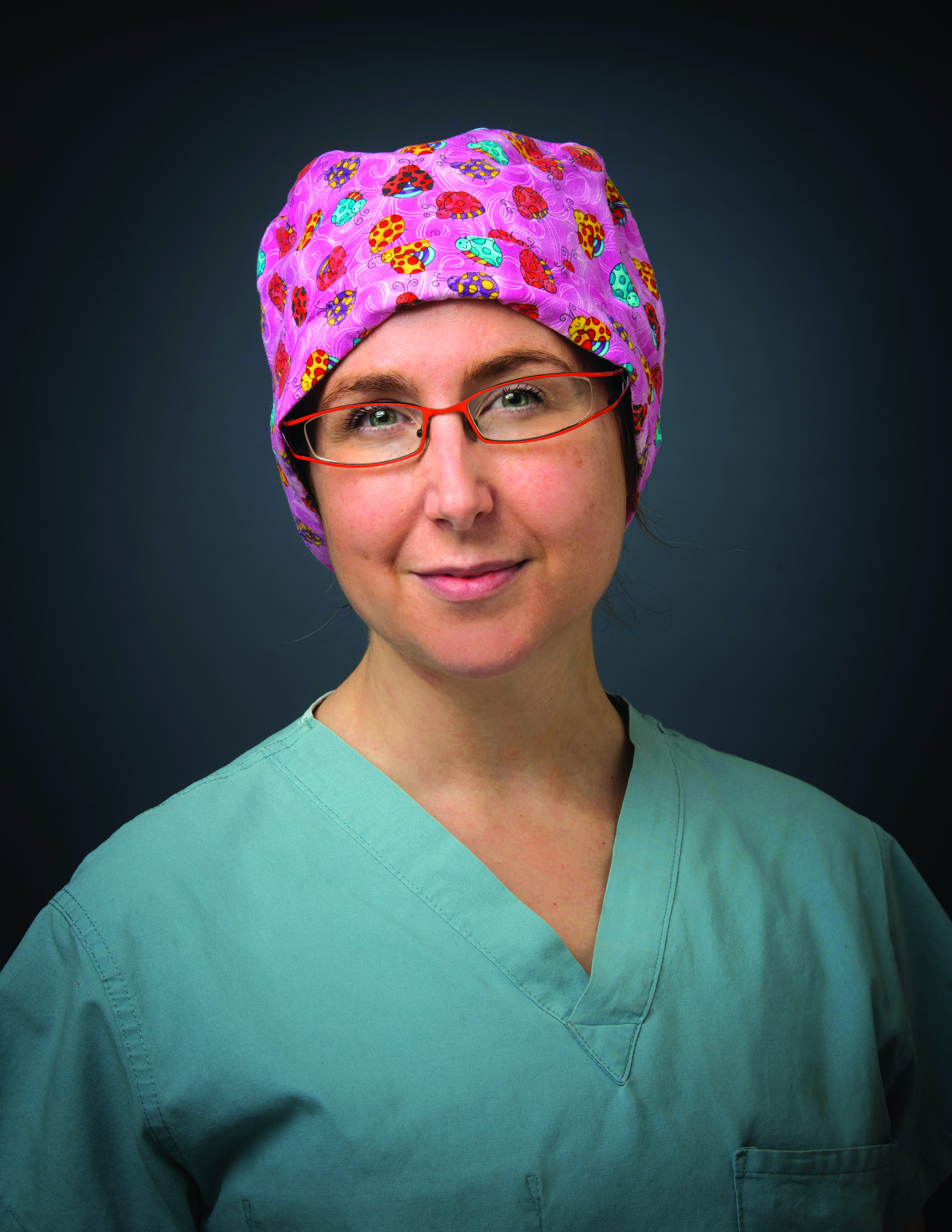 Dr. Anne Berndl founded the Accessible Care Pregnancy Clinic at Toronto’s Sunnybrook Hospital in 2017 to support women like Smith through pregnancy, delivery and their transition back home with the baby. After hearing similarly heartbreaking stories from many women with disabilities, she realized there were significant gaps in accessible care and a lot of prejudice towards disabled mothers.

It starts with the very fact that these women are sexually active. “Women with physical disabilities are sometimes seen as asexual—people who would not seek out a romantic relationship or be involved in a romantic relationship,” says Berndl. “So, I think that there’s a longstanding prejudice that parenting isn’t a role that they’re going to ever fulfill.”

Promisingly, while the gaps are real, there are various groups working to identify and address them in Ontario. Ryerson University’s Midwifery Education Program and School of Disability Studies are partnering on a project to better understand the barriers people with disabilities face in accessing care from midwives. They have invited deaf and disabled people of child-bearing age to participate in a focus group and give feedback on current services. And the Strength-Based Parenting Initiative (SPIN), an Ontario-wide activist group, is conducting research and raising awareness among health professionals around the challenges and stereotypes parents with disabilities face.

All hospitals are supposed to provide accessible service under the Accessibility for Ontarians with Disabilities Act (AODA): things like adjustable exam tables, accessible scales and a willingness to break protocol or bring in a specialist who truly understands the pregnant person’s disability. But what is emerging from much of this research is that most prenatal care clinics in the Greater Toronto Area are simply not set up to serve patients with physical disabilities.

In Smith’s case, a lack of knowledge around cerebral palsy put her baby at risk during the delivery. Her birth team insisted on inducing her at 37 weeks in the belief that waiting another three weeks would have put too much pressure on her legs, even though Smith was already on bed rest—and assured them she was feeling strong and comfortable and able to continue until labour came naturally. “Because the baby wasn’t ready to come, she turned the other way, so they were going to wheel me in for a caesarian,” Smith says—which she had nothing against, but would have preferred to avoid. Luckily, the team found a nurse with small enough hands to turn the baby, and Smith was able to have a vaginal delivery in the end. “But anything could have happened in those three minutes my daughter wasn’t turned around properly,” she says.

Smith’s experience illustrates how a fundamental lack of knowledge among medical professionals on how various disabilities impact pregnancy and child- birth can have serious repercussions. When a woman with a disability is having a baby, individualized care is really important, explains Berndl. “You might have someone with cerebral palsy who is using a wheelchair or someone with a spinal cord injury who is using a wheelchair, but the medical support they each need will be very different.”

At the Accessible Care Pregnancy Clinic, new patients answer a thorough questionnaire at intake, so the team can get to know an expectant mother’s specific needs. If she needs a hoyer lift to get onto the exam table, for example, one will be provided. If she has concerns about the time it will take her to transfer independently from a mobility device onto an ultra- sound table, then an extra-long ultrasound session will be booked. If she uses Wheel-Trans, then her appointment will be coordinated with the transportation schedule, and if she has a rare disability, then the entire multi-disciplinary team will do a full research review so they have the most current information available before her first appointment.

Right before the delivery, everyone involved in the birth—from the anaesthetist to the lactation consultant to the expectant parents and their families—sits down together for what Berndl calls a “team meeting.” There, any question can be asked about the birth plan and the transition home with the baby. And once the baby goes home, there will be a period of adaptation as the new parents figure out how to carry out tasks that are more challenging to them.

Smith says the most challenging stage to date has been the toddler stage, but no obstacle is insurmountable—it just takes a different approach to what a non-disabled parent would use. “[Toddlers] love being on your lap in the mobility scooter, and you’d be surprised how well they adapt,” says Smith.

My wife and I are already using their services, in preparation for our child’s birth. When I shared my concern that I wouldn’t be able to carry my future child safely with crutches in my hands, PDN coordinator Rebecca Wood sent me a link to Carry Me Close Baby Wearers, an inclusive educational and advocacy group that allows new parents to try out hands-free carriers and wraps and teaches them how to use them.

In her new role at CILT, Wood is already planning monthly networking and peer-support events and panel discussions, focusing each time on a different theme that parents and prospective parents with disabilities are facing.

CILT was one of the organizations present at the conference I attended. At the end of the day, one personal support worker stood up to share how the day had radically shifted her thinking. “After hearing the stories here today, I hope I can support more parents with disabilities as they need it.”

As a father-to-be, that makes me optimistic. The more we talk and share, the more medical professionals listen to parents with disabilities and the more parents-to-be listen and learn from each other, the brighter the future will look for us and our babies.

Aaron Broverman is a freelance journalist based in Toronto.