Home » Abilities Magazine » Once upon a time in a corporate castle

Once upon a time in a corporate castle 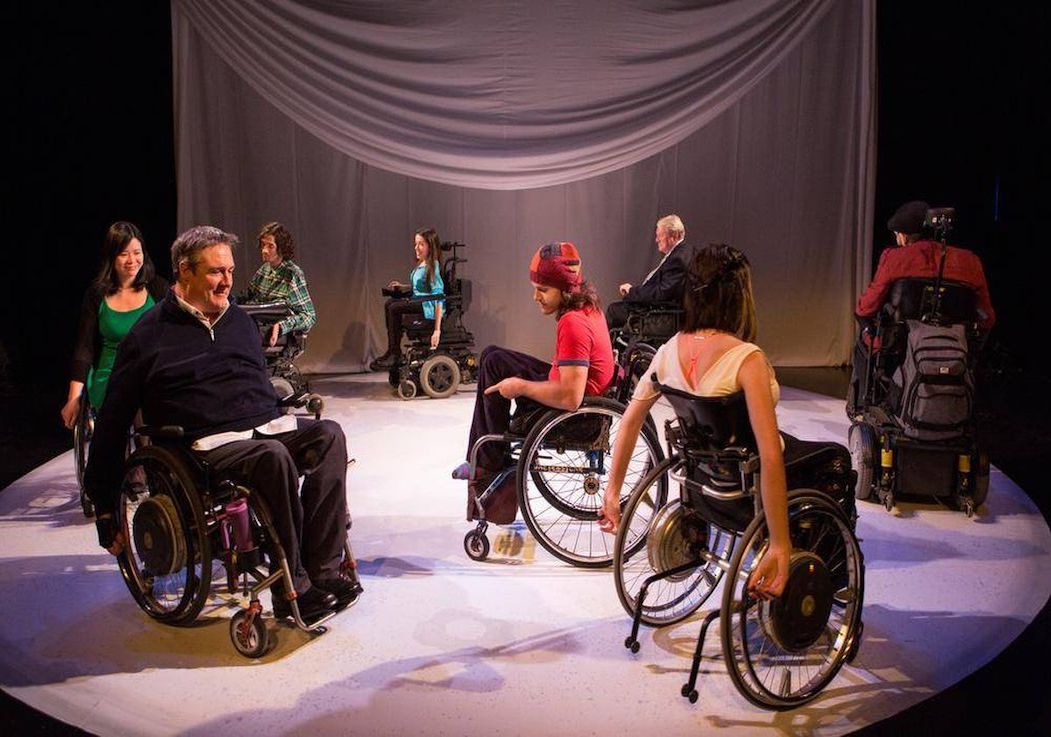 Finding a balance between logic and art

Finding a balance between logic and art

Nothing about my disability comes close to my battle between logic and art. For as long as I can remember, I have been mesmerized by the capacity of words and stories to enter the human spirit and utterly transform us.

Born in Eastern Europe with a rare physical disability that prevents me from walking, my first six years were not spent in daycare, kindergarten or any kind of school equipped to enroll kids with disabilities within a reasonable distance from our hometown. Instead, I stayed at home, using a miniature pair of wooden crutches to explore the outdoors. And although I was friends with all the kids on our street, much of my time was spent alone as they were at school during the day. It was at these times that my mom would nurture my mind with classic fairy tales as we’d walk to the bookstore or spend rainy afternoons in the local library, being lost in the woods with Bambi or sinking our teeth into the red apple that poisoned Snow White. By five years of age I knew every fairy tale inside out, and none of the books in the library could hold my attention any longer. That’s when I started to invent my own stories.

By high school, half of my biology notes would magically transform into bits of poetry, and midway through university, a portfolio I crafted of my favourite pieces landed me a spot in Judith Thompson’s Soul pepper production, Borne. It was exhilarating. But as we wrapped up the 23rd sold out show, reality kicked in and I was confronted by the fact that my undergraduate studies were coming to an end. I’d soon be hunting for a practical nine to five type of role, which I feared would wipe out my creativity altogether.

Perhaps to my good fortune, the job hunt took a long time. I spent many afternoons in the corner of a cozy coffee shop, fuelled by caffeine to write my own story about overcoming heartbreak after first love, and embracing my femininity in spite of the cookie-cutter standards that we’ve learned to idealize. This work in progress won me a grant from the Ontario Arts Council, and in today’s age of highly creative individuals, even I had no words to describe what it felt like being recognized for a gift I had long cherished.

A few weeks later I was offered my first full-time job as project coordinator for Ryerson University’s Magnet program, a not-for-profit social initiative that aims to eradicate un- and underemployment among youth and new immigrants, and so continued the battle of my heart and mind. On one hand I was enticed by corporate culture, speaking to crowds about employment strategy and building relationships that would form a solid, practical career for my future; but the writer in me would constantly aim to turn spreadsheets and project plans into the bare pages of notebooks, waiting to be inked with my thoughts just as soon as five o’clock hit. But factor in a whole day’s work mixed with a classic Torontonian commute, and my after-hour Hemingway goals quickly became Netflix binges in a worn-out state and falling asleep by nine o’clock.

A year into my nine-to-five role, I have found a little more balance. Courtesy of Wheel-Trans, many of my mornings start with a very early downtown arrival, where I wander the streets in search of coffee spots that speak to me. There, I feel as though I’ve returned to my sanctuary, telling my tales of love, lust, existential delights, and the raw thoughts and feelings that we all try to bury in the basements of our minds, before an inevitable flood brings them up to the surface. Today is a Thursday morning in mid-July, and the sun is barely awake. I have just finished another chapter of The Electronic Sticky-Notes That Saved My Life. Even better, I’ve just been asked to perform in a new production by Judith Thompson about the shadow self, set to hit the stage next spring. So I guess it’s fair to say that balance is possible.

At 8:55, I shut my notebook and wheel away from the enchanted coffee shop in professional attire. The poet in me is satisfied, and now a new thought greets me: Senior position in the corporate world before the age of 30? Why the hell not?

Nikoletta Erdelyi is currently working at Ryerson University as the diversity projects lead for Magnet (magnet.today). She is a recipient of an Ontario Arts Council grant and is getting ready to publish her first novel, The Electronic Sticky-Notes That Saved My Life.