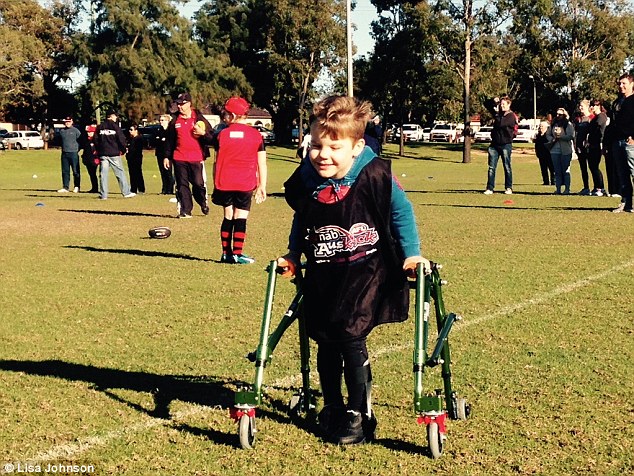 Sport opportunities for kids suffering from a disability are often in the form of separate, isolated programs.

But one Perth father has created a program that enables the kids to play AFL Auskick in a mainstream club alongside their peers.

Starkick was launched in April as part of the Coolbinia Bombers Junior Football Club and allows children with disabilities to play football as part of a Perth community club.

Starkick coordinator, founder and coach, Rob Geersen, 48, became more aware of the lack of inclusive sporting clubs when his son was diagnosed with meningitis at 13 months old and left with a brain injury.

‘There are loads of bits and pieces out there where kids with various disabilities can go and do things like riding and surfing but they don’t fall into a community club and we have found that everything is very isolated,’ the father of two told Daily Mail Australia.

‘I understand both sides of families that have kids with disabilities and those that don’t and when we were going through our son’s illness it was a very isolating experience because your whole world changes and nothing is the same…you can’t do things you used to do.’

The team has been up and running for three months and has 44 registered members.

‘The parents love it and I suppose the thing with this group is you couldn’t do this everywhere – not every community would be as accepting but our community has just embraced the kids and the families to come down and they love it and the support has been phenomenal,’ Mr Geersen said.

Some of the parents drive over 100 kilometres to make the games on a Sunday morning, with one family flying 1000 kilometres to get their son to the game around once a month.

‘Those parents amaze me because the efforts they put in for their kids a lot of people would think it to be too hard, but they just want the best for their children,’ Mr Geersen said.

Archer Johnson, five, was the first ever member of the team and due to cerebral palsy impacting his vision and ability to walk, his proud mother Lisa jumps on the field with him in a device called an Upsee, which allows her to hold Archer up without holding his hands, giving him independence.

‘When he’s out there he’s not a kid with a disability he’s just a kid playing footy and as a mother, seeing him with that feeling of normality is really nice to see,’ Ms Johnson, 38, told Daily Mail Australia.

‘With Archer’s two brothers playing for the Bombers, he would have had to sit on the sidelines this year but now he is included Sunday is a big day in our house, we all get up go to footy and the boys get ready together – it’s a whole family affair which is just awesome.’

Rebecca van der Meulen, 28, drives her son Oliver, five, who also has cerebral palsy, half an hour to the game every Sunday morning.

‘We had been looking for something like this for Ollie since he was very little but we were scared to put him in a team because he does fatigue quite easily, so this is perfect because there is no pressure for him to keep up with anyone and he is just there having a great time,’ Ms van der Meulen told Daily Mail Australia.

‘He tells all the family that he’s playing footy and all our friends come and watch him…it has really lifted his spirits and he gets so excited to play.’

Before launching the team, Mr Geersen poured all his spare time into organising the program, sourcing volunteers to help the kids who needed one on one support and making balls with his bare hands to accommodate blind team members.

‘I had to make balls with bells in them which was a lot of trial and error but I just cut the balls open, put some bells in them and glued them back together, it was quite a simple solution really,’ Mr Geersen said.

Hudson Bowen, nine, has been a member of the club since it started, with his mum Natasha, 39, driving 40 minutes to get him to the game every Sunday morning.

‘He was nagging me to play football last year because he loves it so much but he has cerebral palsy and he can walk but he’s not very coordinated and he falls over a lot,’ Ms Bowen told Daily Mail Australia.
‘He gets a big kick out of it and he gets really excited about it because he is obsessed with AFL and he watches all the games…it’s so great that these kids can get out there and the parents don’t have to worry about them not fitting in or getting frustrated because they’re different from the other kids or they’re not going to get the ball because everyone gets a touch.’
Mr Geersen stresses that the team isn’t a form of therapy, but simply just about the kids and their parents getting out and enjoying the community around them and having fun with everyone else.
‘I’m not a professional, this is not my life or my career or anything like that I’m just a dad that just happens to be the one out the front coaching on the weekend but that’s about all… I give it a go and so far it’s worked and the kids go home with a smile,’ Mr Geersen said.

PreviousWhy Do Women Have A Higher Risk Of Alzheimer’s Disease Than Men?
NextAbilities Summer 2015 Digital Issue 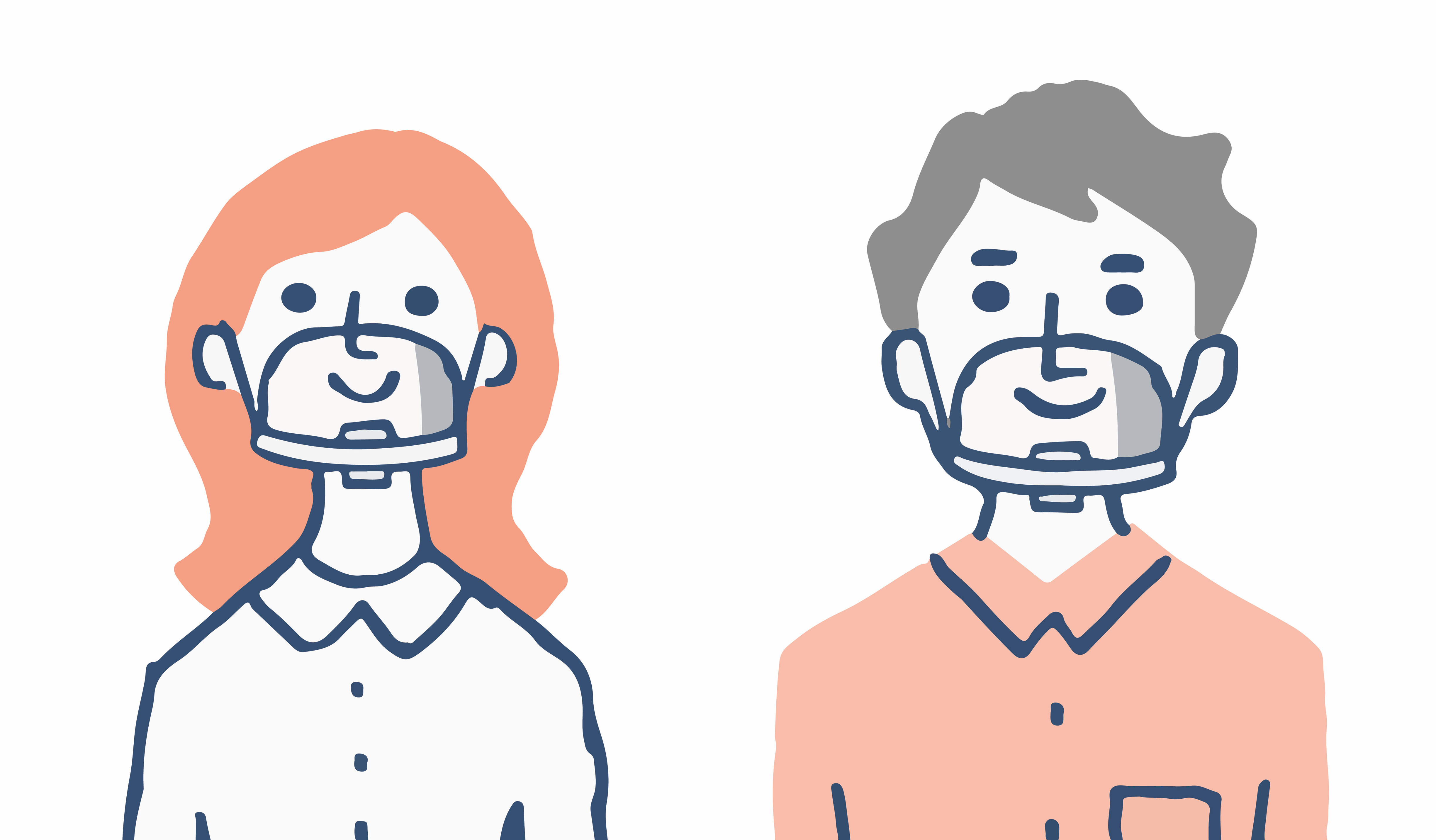 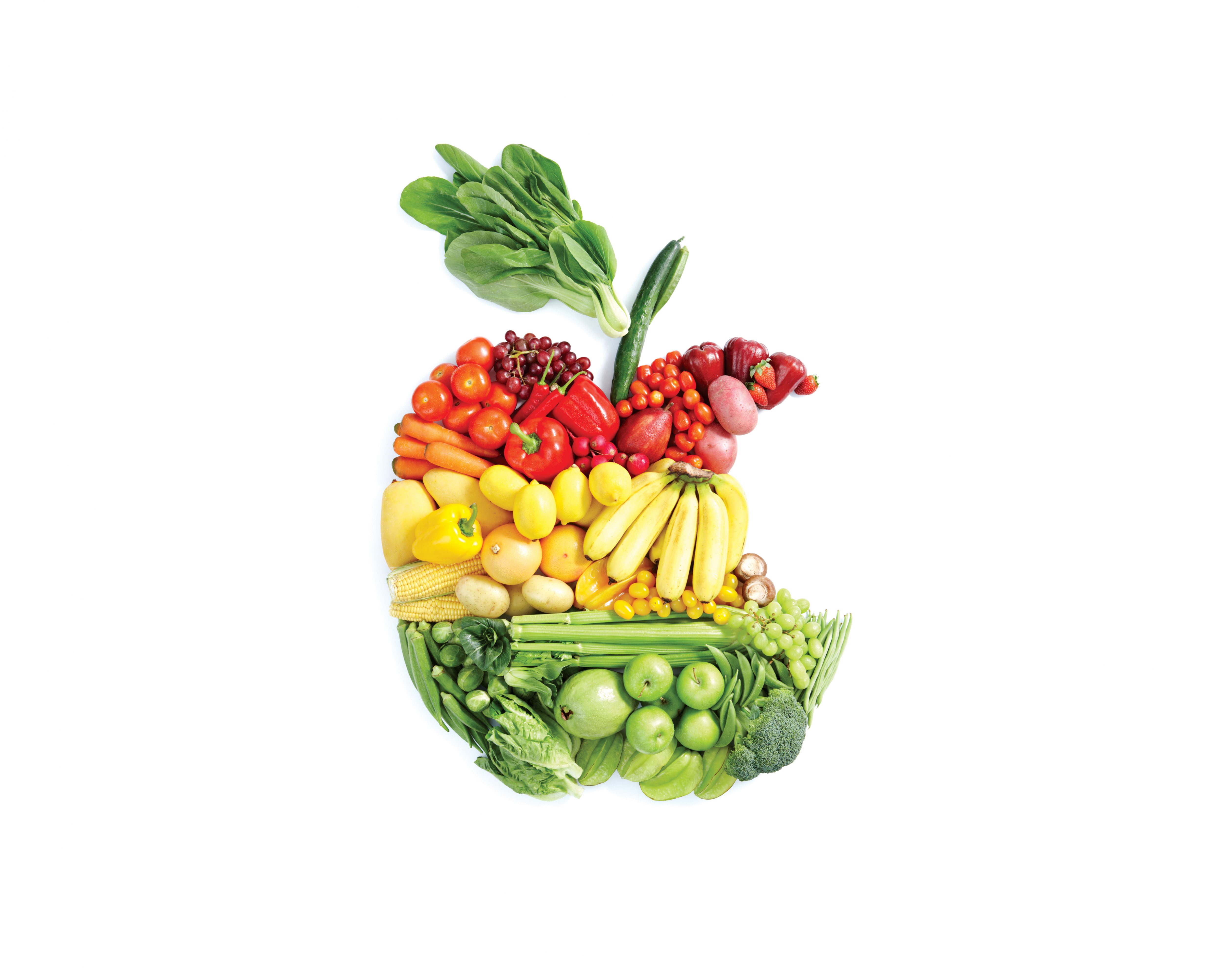 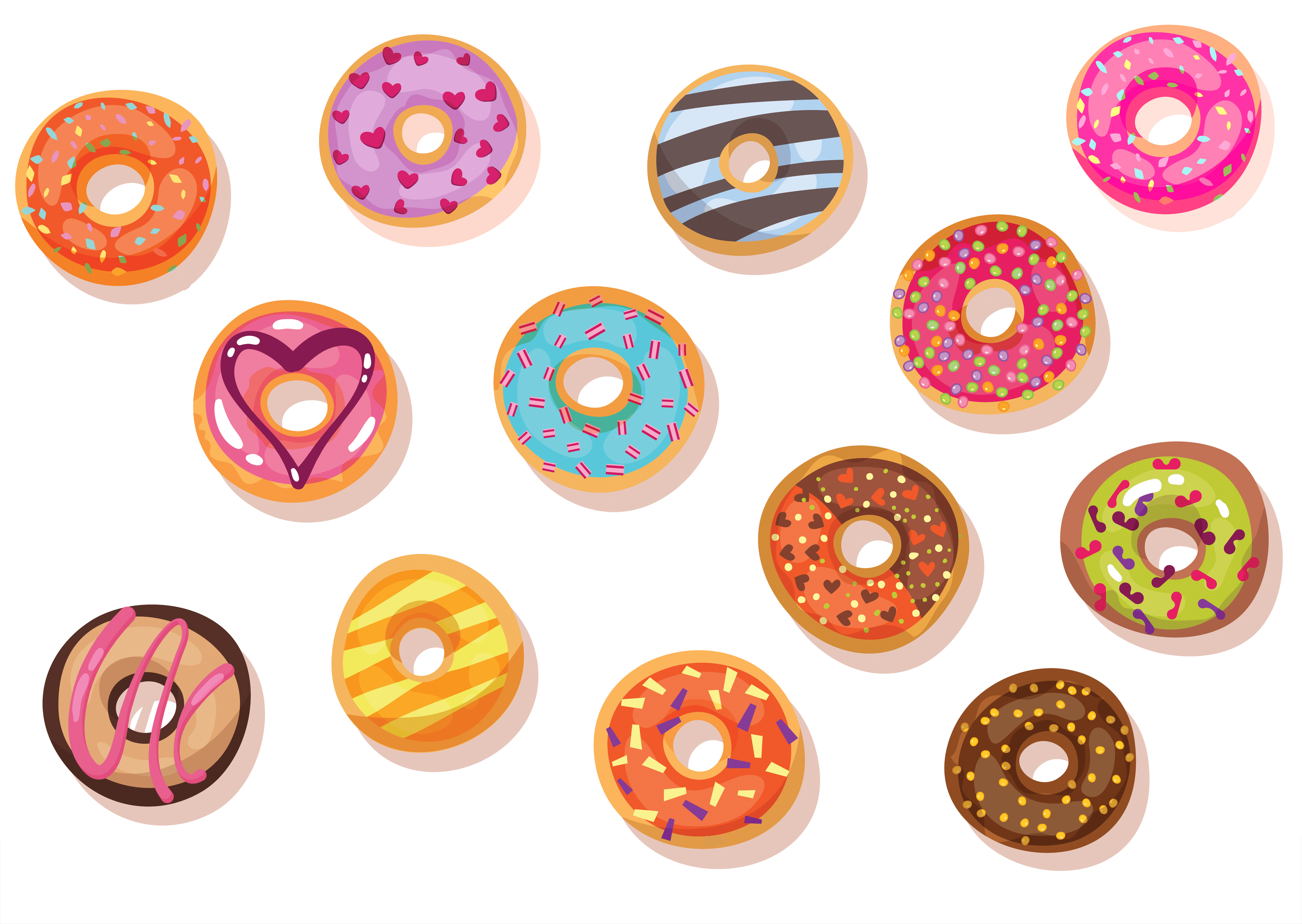 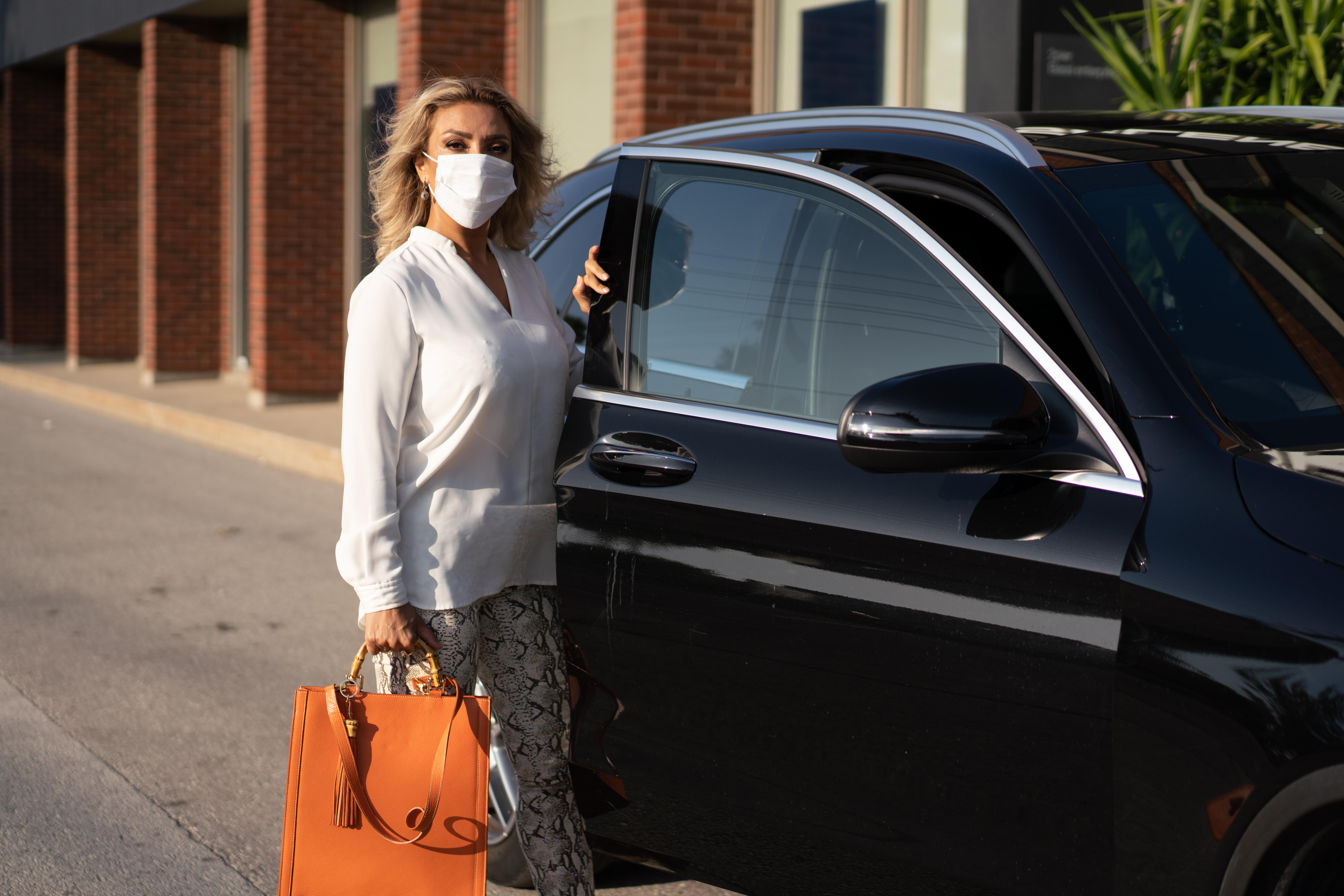 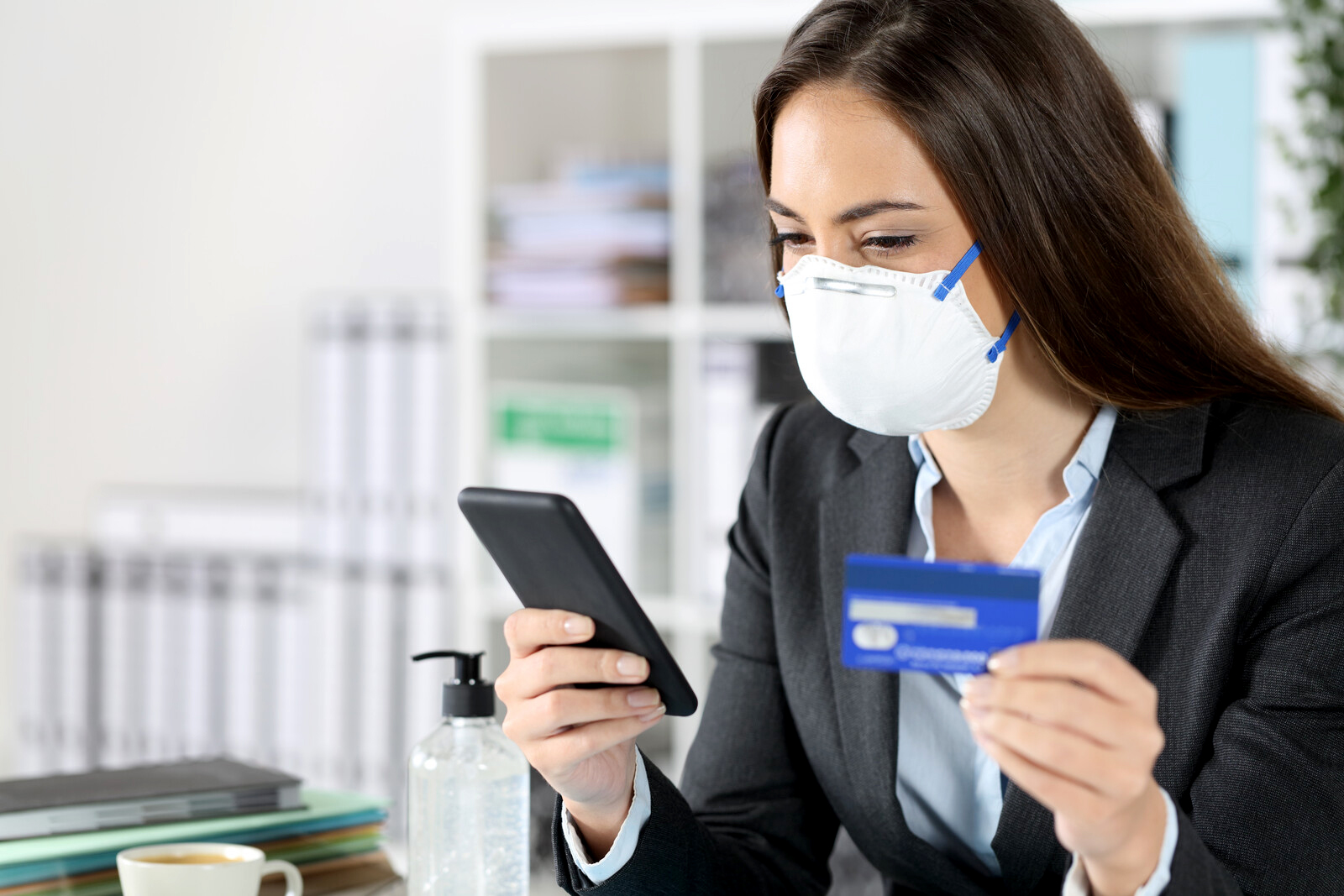 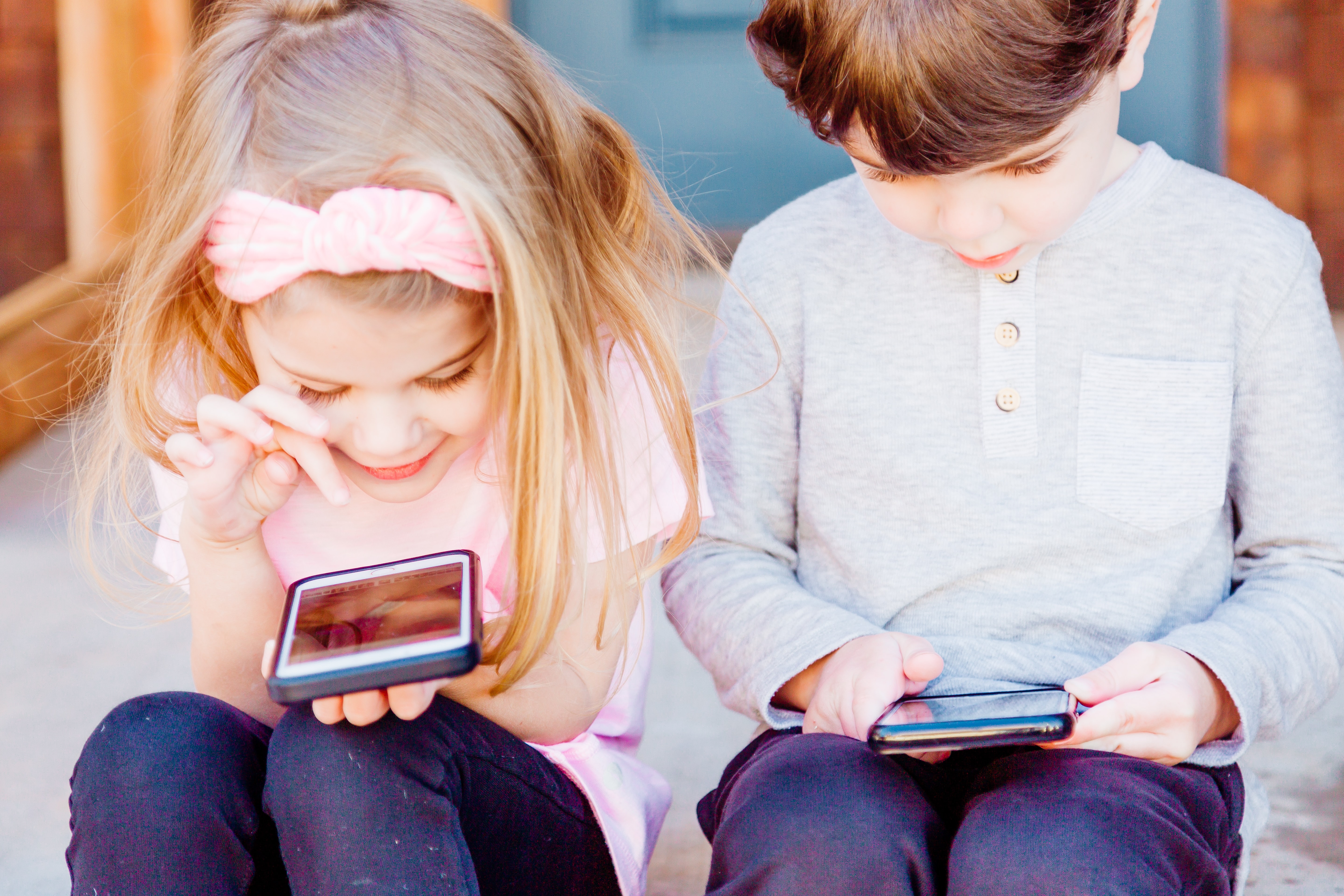