Sumaira Latif had been working at Proctor & Gamble for more than a decade when she decided to make them see things her way. Literally: Latif is blind, and she got other P&G employees and decision-makers to experience disability, even for a short time, with the use of dark glasses, wheelchairs and special gloves that simulated motor disabilities. “I wanted my co-workers to experience living just even one hour with a disability, and trying to access our own products and services,” she says. After that, she was able to explain the business case for catering to people living with disabilities; her argument being that it’s a population with an estimated $8 trillion in disposable income that the company wasn’t pursuing. “They said, ‘OK, let’s do it.’”

A week later, Latif was appointed the head of P&G’s diversity initiative and swiftly set about tackling a major problem for the blind and visually impaired: In the shower, all bottles feel basically the same. Today, bottles of the popular Herbal Essences brand have been redesigned to put tactile reminders, raised vertical lines on shampoo bottles and a grid of circles on conditioner bottles. The labels don’t use Braille, because fewer than 10 per cent of blind people in North America can read it, and, Latif says, the point was to make a system that worked for the largest possible number of people. The company’s also working with the app Be My Eyes—which connects the visually impaired with random sighted people who can help them distinguish between two cans or fix smudged lipstick—to offer a hotline about its products through their software.

The revolution Latif has caused within P&G is part of a broader shift. Fashion has, in recent years, started signaling greater awareness of the needs of people with disabilities—models with disabilities have now been seen have been seen in Fashion Week events from New York to London, and retailer ASOS premiered wheelchair-friendly clothes last year. Now, the beauty industry, which was lagging behind, is starting to catch up, too, with products from a mix of small companies and major initiatives from larger ones. They’re recognizing what Latif explained to her bosses: There’s more than just social responsibility at stake; there’s a relatively untapped market out there too. An estimated 15 per cent of the world’s population are not able-bodied, and as societies everywhere age, that number is forecast to rise. 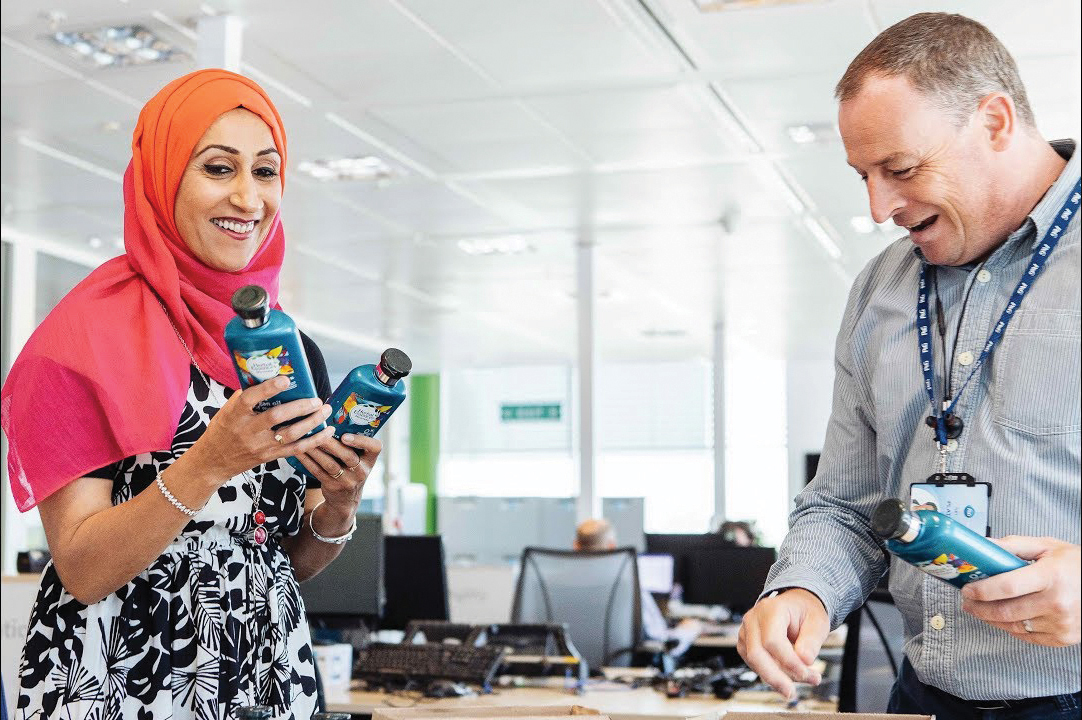 British startup Kohl Kreatives launched what it calls the Flex Collection last year, its a set of makeup brushes, featuring easy-to-grip handles and flexible heads that make them easier to use than standard brushes. “As I ran our free workshops supporting people in their makeup journey, I noticed a variety of different issues people had, from tremors to challenges in coordination,” explains Trishna Daswaney, founder of the firm which is described as a vegan and cruelty-free makeup company.

Many of the others driving these initiatives are beauty industry professionals with disabilities of their own. Celebrity makeup artist Veronica Lorenz launched the Vamp Stamp in 2017 after she developed a spinal cord tumour and lost feeling in her hands. It’s meant to make winged eyeliner easy for people with limited control and works like an ink stamp to create a wing at the edge of one’s eye. However, now these products are also reaching out to a much broader audience than just people with disabilities. Since January, all Herbal Essences products, for instance, carry the tactile reminders. Herbal Essences shampoos were used at least once a week by more than 10 million North Americans last year. And the Vamp Stamp is marketed at large through major makeup retailers like Sephora.

“Everything we make has to work easily for Veronica or we don’t make it,” says company spokeswoman Sarah Heath. “It also has to work for me, the non-makeup artist, who does not have motor issues, but I do have skill issues.” The company is currently launching products aimed at simply making eyeshadow and eyebrow makeup easier to use.

Latif also points out that real structural change depends on companies recognizing the opportunity in the first place. With 80 per cent of blind people being unemployed, for example, most will never have the access she did to convince a company to recognize the needs of consumers with disabilities. But there’s hope: Solving the problem wasn’t complicated once she got decision-makers to recognize what’s going on.

For Latif, the system of lines and circles on shampoo and conditioner bottles has the potential to become an industry standard—something that expands beyond Herbal Essences and becomes ubiquitous. It’s like the dot on the 5 key of a keypad or the lines on the F and J keys of a standard QWERTY keyboard, which help blind people to enter the correct characters on an ATM, phone or computer: “In the same way, I would love every shampoo bottle to have the stripes and every conditioner bottle to have circles. To me that’s what success is,” says Latif. “I hope other companies copy us as fast as they can.”

Adapted with permission from OZY.

Fiona Zublin has written for The Washington Post, produced breaking news at National Public Radio and is Senior News Editor at OZY Media.