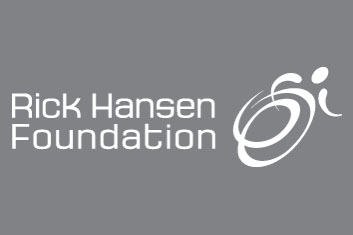 March 21, 1985… Cheered on by a small but enthusiastic crowd of supporters, Rick Hansen leaves Vancouver to pursue his dream of wheeling around the world in a wheelchair!

May 22, 1987…
Two years, two months and two days after he left, Rick returns to Vancouver… to cheering crowds lining the streets to salute his incredible feat. He has wheeled 40,000 km through 34 countries, and raised millions of dollars for spinal cord research and rehabilitation, wheelchair sports and awareness programs.

May 22, 1997…
The 10th Anniversary of the Man in Motion World Tour will be celebrated in Vancouver with the launch of Rick’s new dream…

Ten years ago this month, Rick Hansen arrived back in Canada and started wheeling from Cape Spear, Newfoundland, on the final, homebound leg of his round-the-world wheelchair marathon.

From August to early October he wheeled through the Atlantic provinces, October through January he battled winter in Quebec and Ontario, and he continued his cold-weather journey through the prairies before arriving at the B.C. border on March 20.

By the time he wheeled into Vancouver on May 22, Rick had raised awareness in Canadians from coast to coast about the abilities of people with disabilities, and had raised more than 20-million dollars for the Man in Motion Legacy Fund.

In 1996 and 1997, to mark the 10th anniversary of the Canadian portion of his round-the-world wheelchair marathon, Rick Hansen will be travelling to major centres across the country on a 10th Anniversary Tour.

“It’s a look back,” says Rick. “I want to say thank you to the people who believed in and supported my dream. I think it’s important to let them know what they helped to accomplish.”

RICK HANSEN MAN IN MOTION FOUNDATION:
The Man in Motion World Tour raised $24-million, including the Alberta Government match of $2.6-million to create a parallel legacy fund in Alberta. $1.4-million was disbursed as a part of the first year’s national grant allocations. Twenty-million dollars established the Rick Hansen Man in Motion Legacy Fund. Since 1988, the Man in Motion Foundation has awarded over $15-million to spinal cord injury research, rehabilitation, wheelchair sports and awareness programs across Canada. Grants and awards are made from interest on the fund, ensuring the legacy continues.

The legacy from the tour has grown in other ways, too. Rick completed his journey under a banner that said: “The end is just the beginning” — and it’s true. Since he finished the tour, Rick has worked on a number of initiatives that have made significant differences in the lives of people with disabilities. Each in its own right can be thought of as a legacy of the tour; combined, they are a remarkable confirmation of Rick’s impact on the lives of people with disabilities.

THE RICK HANSEN NATIONAL FELLOW PROGRAM
… was established by the University of B.C. to ensure continuance of the ideals and values that were inspired by Rick Hansen and the Man in Motion World Tour. The program’s scope reaches from national and international advocacy is it relates to persons with disabilities, to efforts to inspire, motivate and educate Canadians, helping them to create and attain positive, community-building aspirations and goals.

Among numerous leadership roles, the National Fellow Program has been key in creating or guiding: the Life Skills Program; the Disability Resource Centre at UBC; Independence 92 — an International Congress on Disability; a Commission for Inclusion of Athletes with a Disability into major international competitions, such as the Commonwealth Games and the Olympics.

THE DISABILITY RESOURCE CENTRE
… was created to enable the University of British Columbia to fully participate and play a leadership role in issues regarding disability. The centre is unique in its emphasis on facilitation and in having a mandate that extends beyond UBC to provincial and national levels of post-secondary education.

THE LIFE SKILLS MOTIVATION CENTRE
… was established in 1994, in collaboration with UBC’s Centre of Health Promotion Research, to help all individuals, especially youth and people with disabilities, to have access to life skills training which would support them in developing or maintaining a healthy, resilient quality of life.

The first major initiative of the centre was the creation of the B.C. Life Skills Program, which consists of over 250 integrated lesson organizers that teach core life skills in six crucial areas to students from kindergarten to graduation. It was developed through a partnership with the B.C. Ministry of Education, and its implementation is supported by the Royal Bank of Canada.

Many of these life skills have been identified in the Conference Board of Canada’s “Employability Skills Profile” as necessary skills for succeeding in today’s work force. These six life skills are: understanding oneself; communicating with and relating to others; accessing and using information; solving problems and making decisions; living with and initiating change; and setting goals, making and enacting plans.

Once the Life Skills Program is established throughout B.C., it will be offered to all other provinces.

RICK HANSEN ENTERPRISES
… is dedicated to improving the quality of life in Canadian society by assisting individuals, organizations and communities to achieve their goals.

RHE creates new avenues of funding by promoting and marketing Rick’s vision and ideas through the sale of programs, products and services, including keynote speaking engagements with corporations and community organizations across Canada and the world. The profits generated from RHE support the initiatives of the Rick Hansen National Fellow Program.

(In the next 12 months, Canadians will be hearing more about the Man in Motion legacy, as Rick travels across the country — by plane, this time — to say thanks, and to share in his new dream: the Rick Hansen Centre at the University of British Columbia.)