Art project will take 3,000 photos of disabled people to change your perceptions 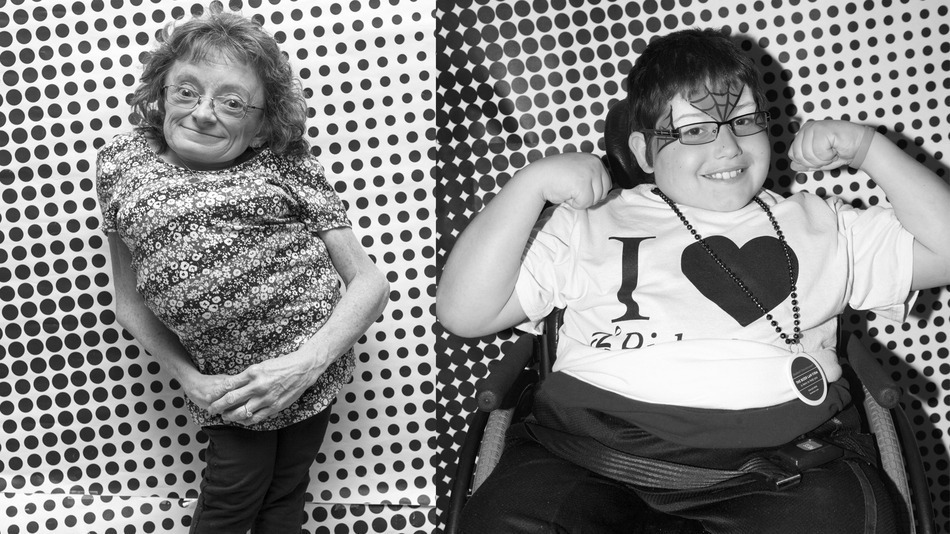 On March 12, 1990, disability rights activists gathered in Washington, D.C. to fight for the passage of the Americans With Disabilities Act (ADA), which would prohibit discrimination against people with disabilities. After the main rally, 60 activists approached the U.S. Capitol Building, leaving behind their crutches, wheelchairs and other mobility aids before they began to crawl up the 83 steps in protest.

“ADA now,” they chanted, during what would later become known as the “Capitol Crawl.” Eight-year-old Jennifer Keelan, who was born with cerebral palsy, famously said, “I’ll take all night if I have to,” as she ascended the steps.

The Capitol Crawl not only empowered those with disabilities, but was also seen as a success — later that month, the ADA passed house, and was subsequently passed in the Senate and signed by President George H. W. Bush that July.

Now, 25 years later, a new and ambitious project is working to once again change perceptions of people with disabilities — not with political activism, but through the arts.

Actors and filmmakers Leopoldine Huyghues Despointes and Diego Osorio are spearheading [dis]ABLED Inside Out, a photography project branching from the global Inside Out project — “the people’s art project” — founded by photographer JR, which focuses on personal identity. [dis]ABLED Inside Out specifically aims to take 3,000 portraits of disabled individuals in New York City through a series of pop-up events, gatherings and private sessions over the next several months.

It will all lead up to a special commemoration of the ADA’s 25th year in October — Disability Awareness Month — when the portraits will be publicly posted on the sidewalks of a currently undisclosed, symbolic place in New York. The first “Gathering Day,” which encourages everyone to show up at a specific location and get their portraits taken, will take place Saturday at downtown Manhattan’s Brookfield Place. They want to eventually host events in all five boroughs of New York City.

Although Saturday is the first Gathering Day, there have been several Pop-Up Days already, when the team went to certain disability events and set up photo booths. So far, they’ve taken about 250 portraits at events such as the Ability Expo and the Osteogenesis Imperfecta Foundation Conference.

Huyghues Despointes was born with osteogenesis imperfecta (OI) disease, often known as brittle bone disease, usually categorized by fragile bones and other bone and mscle issues . Although she’s always used a wheelchair, her mother raised her and her sister, who was also born with OI, to be incredibly independent. She was encouraged to do anything other children could do — she went scuba diving and horseback riding, she’s traveled the world and has done other things people might not expect.

But Huyghues Despointes realizes that many disabled people don’t grow up with that kind of support or mindset, and now hopes to empower them.

“When you see people on the bus and you see someone in a wheelchair and a kid’s staring, and the mom says, ‘Stop staring’ — this is the complete opposite,” Osorio said. “We’re taking it to the other level. We’re saying, ‘Come, show us who you are.'”

Be seen, be heard,” Huyghues Despointes added. “Usually people with disabilities are put in a closet, seen as a problem or issue for society. Pity — that’s what we’re trying to break. And people are so excited to be a part of this. It’s amazing.”

She explained that people often look at those with disabilities and don’t think they’re cool. “I’m sorry, I’m cool,” she said with a laugh.

So while the project aims to show the struggles disabled people face, it also conveys the personalities of people who have overcome those struggles. That’s why, beyond the portraits, [dis]ABLED Inside Out is also creating a documentary.

The project, and the encounters they’ve had so far, have also affected Huyghues Despointes and Osorio in great ways. For example, Huyghues Despointes said that before three months ago, she had never stood up out of her wheelchair in front of a camera.

“With this project, I stood up, because you have to. It’s just amazing, and it feels good. You just want to stand up for the cause,” she said.

But people without disabilities can also support the cause — anyone who has friends or family affected by disabilities and wants to effect positive change is welcome to participate.

“Once again, the Inside Out project is the people’s project,” Huyghues Despointes said. “We want everyone to participate, and we hope everyone will show up on Saturday and have their portrait taken.”