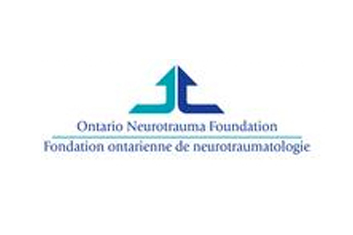 One of the most difficult tasks is to bring different people and organizations together to work towards a common goal. But the simple truth is that — beyond the various skills, interests and expectations — when you collaborate, one plus one CAN equal three.

For the past two years, the Ontario Neurotrauma Foundation (ONF) has been working to facilitate increased collaboration within the
neurotrauma field in Ontario, particularly in the areas of rehabilitation and injury prevention.

Because the foundation is both a funder and a grant recipient (it receives funding from the Ontario Ministry of Health and Long-Term Care), its Executive Director, Kent Bassett-Spiers, believes the ONF is in a position to understand and build on the strengths of the diverse neurotrauma stakeholders in Ontario.

“It is estimated that the impact of spinal cord and traumatic brain injury is one of the single most costly occurrences in Ontario’s health system,” says Bassett-Spiers. “Cross-cutting collaboration among all stakeholders is essential in building synergy that supports not only new knowledge, but also the examination of the best ways of putting that knowledge to work for the benefit of people living with neurotrauma and all Ontarians.”

In addition to the foundation’s own provincial and national strategic alliances that are helping to reduce duplication and leverage increased funds to stakeholders in Ontario (one of the nine founding members of the Canadian Neurotrauma Research Program, the ONF has a strategic alliance with the Rick Hansen Institute to minimize duplication and reduce costs associated with its annual grant review), the ONF encourages collaboration among individual grant applicants and research centres across the province.

Two grants that have benefited from the collaborative approach are the Greater Kingston Area Enhanced R.I.D.E (Reduce Impaired Driving Everywhere) Program and a recent compendium of best practices in prevention of neurotrauma.

Greater Kingston Area Enhanced R.I.D.E. Program The Greater Kingston Area Safe and Sober Community Alliance received start-up funding from the ONF in 1999 to launch an Enhanced R.I.D.E Program, designed to reduce the number of deaths and injuries caused by drinking driving. Alcohol abuse costs the province about $2-billion annually for hospital care, rehabilitation and pain and suffering. Sixteen per cent of people with head injuries are found to be legally impaired, as are 25 per cent of those with cervical spine injuries.

The program includes a new recently unveiled mobile R.I.D.E. unit. The unit, a 16-foot cube van equipped with a high-tech breath-testing machine and other features, is a “police station on wheels” that will make R.I.D.E. checks more efficient by allowing them to be carried out on site and at a variety of checkpoints.

The Safe and Sober Community Alliance is a coalition of 14 organizations, including, among others, the Canadian Red Cross, the Kingston and District Safety Council, Mothers Against Drunk Driving, the Ontario Ministry of Transportation, Queen’s University, local Ontario Provincial Police and Kingston City Police.

Safe and Sober Coordinator Sandra Newton believes that the mobile unit, which is the first community-owned van designed exclusively to carry out spot checks in Ontario, is the result of community partnership. “In addition to providing a sense of continuity,” says Newton, “the various members of the alliance help to build on our strength and credibility in reaching our goal of reducing the number of deaths and injuries caused by alcohol abuse.”

Compendium of Effective, Evidence-Based Practices in Prevention of Neurotrauma Released as a Request for Proposals by the ONF in 1999, the project to develop a compendium of best practices in neurotrauma injury prevention also benefited from a collaborative approach
with researchers from Laurentian University, Bloorview MacMillan Centre, Sunnybrook and Women’s College Health Sciences Centre,
Queen’s University and University of Toronto.

The research team, led by Dr. Richard Volpe, Co-Director of the Institute of Child Study at the University of Toronto, received funding from the ONF to conduct a study identifying provincial, national and international prevention strategies that have been evaluated, have demonstrated results and are most relevant to Ontario’s neurotrauma injury profile. The compendium is a resource tool to support injury-prevention strategies in Ontario.

Volpe believes that bringing together disciplines enhances the provincial, national and international relationships necessary to address complex problems. “The approach we’ve taken,” he says, “is appropriate when you are wrestling with a dragon like injury prevention, where it is necessary to have the goal supersede individual interests.”

(The ONF has committed more than $16-million for neurotrauma research and projects across Ontario since 1998. For more information, call (416) 422-2228 or visit www.onf.org.)

Asking all Canadians to join the conversation