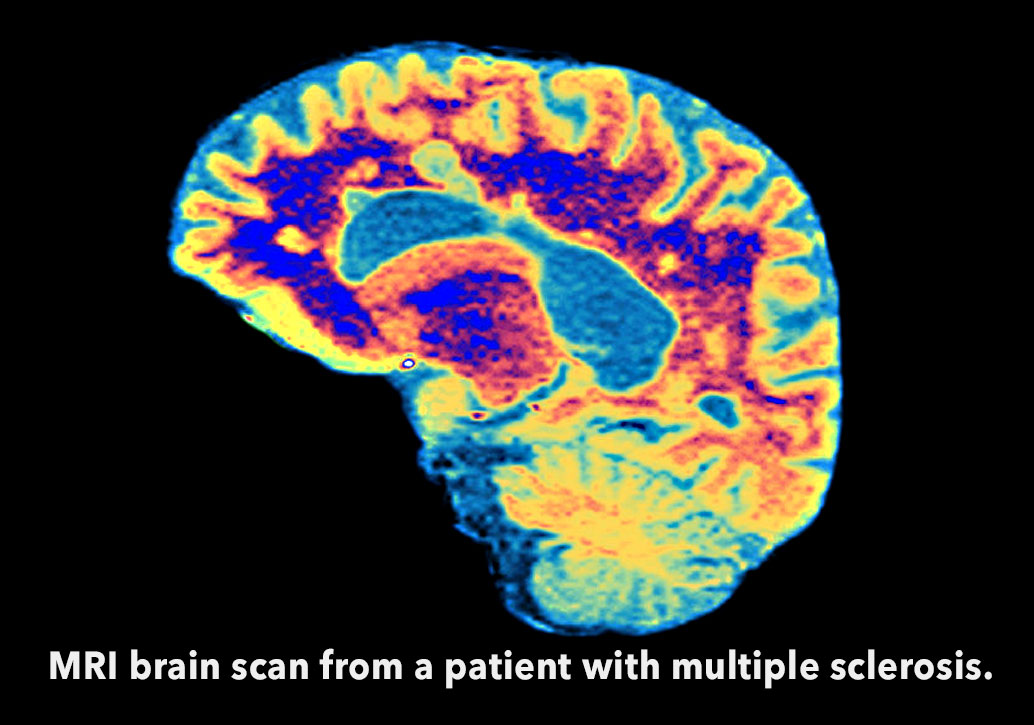 This new drug generates a glimmer of hope — and tempered expectations.

There is finally some progress in the hunt for a treatment for the most difficult form of multiple sclerosis — the form that has stubbornly resisted every attempt to find a therapy.

The catch, experts say, is that people with this form of the disease should keep their expectations low, because even the new drug that’s now in the last stages of development doesn’t appear to have a big clinical impact.

The reason that the new drug is generating so much interest, though, is that it’s the first time a therapy for primary progressive MS has had any impact at all.

And it’s the first MS drug to ever receive a “breakthrough” designation from the Food and Drug Administration, which puts the experimental medicine on a fast track to get through the review process as quickly as possible. The agency granted the designation earlier this week.

Primary progressive MS is a relatively rare form of the neurological disease in which a person doesn’t have severe attacks, the way people do with the more common, relapsing-remitting kind. Instead, they suffer a slow, steady physical deterioration with no hope of recovery.

The FDA has approved 13 drugs for treating relapsing-remitting MS, but none have been shown to work for people with primary progressive disease. The new “breakthrough” drug, called ocrelizumab, is one of six that are in various stages of development for this recalcitrant form, one that affects 10 to 15 percent of the estimated 400,000 Americans living with MS.

On Friday, the company behind ocrelizumab, the Roche subsidiary Genentech, will release new Phase 3 trial data at a conference of the Americas Committee for Treatment and Research in Multiple Sclerosis, which is being held in New Orleans. Genentech has already published a first round of the results, which showed some impact on a wide range of measures for people with primary progressive MS. The new data will include more detail on how ocrelizumab affected subgroups of patients, as well as new information on how it worked in people with relapsing-remitting MS, to show whether it can also work on the more common variety of the disease.

These new results will demonstrate that the drug “appears to have efficacy across the patient population” of people with primary progressive MS, including people who had active inflammation and those who didn’t, according to Dr. Peter Chin, principal medical director for neuroscience at Genentech. It will also show a “significant reduction” in the major markers of the disease for people with relapsing-remitting MS, he said.

Even before those data are released, the fact that the FDA has given the coveted “breakthrough” designation to the drug has given new hope to people who have been waiting for a treatment for years.

“When I found out about this this morning, it was like every cell in my body smiled,” said Gigi Ranno, an outreach coordinator for the Massachusetts Department of Conservation and Recreation, who has primary progressive MS.

“I’ve had MS for over 25 years. It’s the first time that I have heard that there’s a drug that’s this close to being submitted to the FDA for approval for my kind of MS,” she said in an interview Thursday.

The FDA announcement has also generated excitement among advocates like Tim Coetzee, the chief advocacy, services, and research officer at the National Multiple Sclerosis Society. “We’ve had so many failures with treatments for people with primary progressive MS that this really represents a source of hope,” he said.

Experts do warn, however, that even if the drug is approved after the fast-track review, people with primary progressive MS shouldn’t expect spectacular results.

“It is truly a landmark, and really provides hope to people who are living with primary progressive MS. That being said, the results are on the modest side,” said Dr. Tanuja Chitnis, a neurologist at the Ann Romney Center for Neurologic Diseases at Brigham and Women’s Hospital in Boston, who was not involved in the drug trials.

Ocrelizumab works by targeting a certain kind of immune cell that can contribute to the damage to the nervous system, including the nerve cells and the protective covering around nerve fibers. It is taken by intravenous infusion twice a year.

In the clinical trial data released last fall, which covered 732 people with primary progressive MS, people who took the drug had a 24 percent reduction in the progression of disability after 12 weeks compared to those who received a placebo. Study participants on the experimental medicine also experienced slower declines in walking ability and brain volume than people in the control group.

These differences, while undramatic, were statistically significant, which is the main threshold the FDA will be looking for when it decides whether to approve the medication. “It’s a positive result when you’ve had 20 years of failure,” said Coetzee.

Based on the study results, Dr. Dennis Bourdette, executive director of the Oregon Health and Science University’s Multiple Sclerosis Center, said it was “very appropriate” for the FDA to grant breakthrough status to the drug and that he was “hopeful that it will be approved for the treatment of primary progressive MS.”

But Bourdette, who was not involved in the Genentech-funded trials, also noted that the patients in the study were younger than average for people with primary progressive MS, which usually begins about 10 years later than relapsing-remitting MS. Younger patients could be more responsive to treatment, and “it will be uncertain how effective ocrelizumab will be for older and more disabled patients,” he said.

For Michael Bunting, 66, it’s more of a sign of distant hope than something that could give him immediate relief.

Bunting, who talked to STAT last year about his battles with progressive MS, has a different variation of the disease: secondary progressive MS. That’s a kind that often begins with relapsing-remitting MS and then turns into a steady deterioration. So even if the new drug is approved, it’s not something that would necessarily help him because it’s not yet been evaluated for people with his form of the disease.

Still, Bunting sees it as a big step for all MS patients, and one that could lead to more research that could eventually find a drug that would help him.

“If this thing helps just in the primary progressive, that’s great, because it will help us in the long run [to] finally find something that will help the secondary,” Bunting said.

“I just hope they don’t wait too long.”