From Sidewalks to Skyscrapers Accessibility Matters 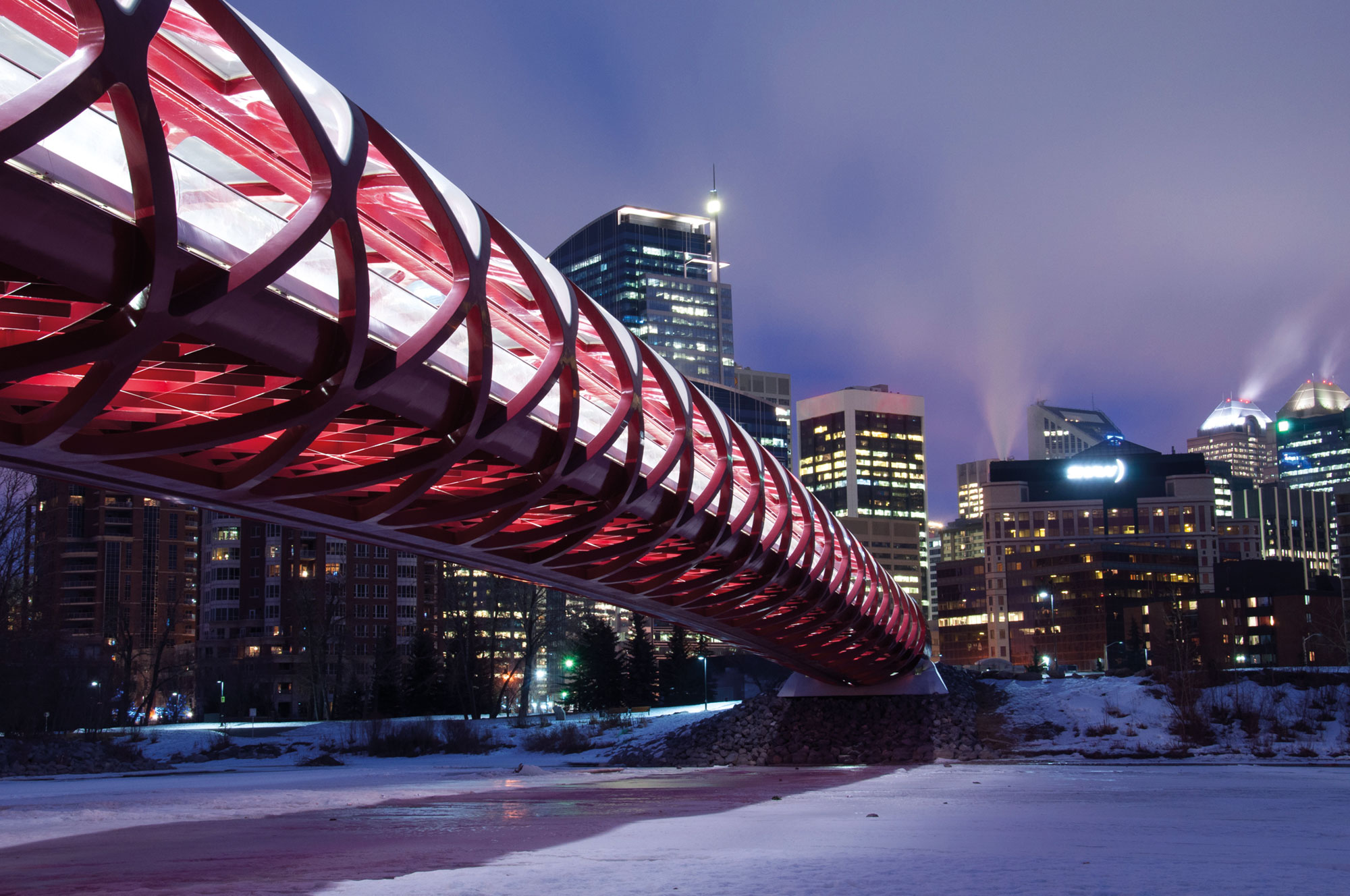 Last year, Canadian history was made as the federal government started the process of introducing ground-breaking accessibility legislation. Bill C-81, the Accessible Canada Act, is aimed at improving the way federal institutions and organizations interact with citizens with disabilities. The bill was tabled on June 20, 2018, and if passed, will mark the Canadian government’s first steps toward improving human rights policies and expanding its understanding of meaningful access.

Looking back on my 30-year-plus career, both as an elite athlete and founder of the Rick Hansen Foundation (RHF), I have seen first-hand the progress Canadians have made toward making our country an inclusive and accessible place for everyone.

In 1985, my team and I set out on the Man in Motion World Tour in an effort to raise awareness of the potential of people with disabilities and funds for spinal cord injury research and initiatives. The RHF, which was established in 1988, has led transformational change in raising awareness and removing barriers for people with disabilities, and providing funding for research into the cure and care of people with spinal cord injuries. We’ve worked closely with both the public and private sectors and with communities to establish programs such as the RHF School Program, the British Columbia Accessibility Grants Program, and the RHF Accessibility Certification (RHFAC) program.

Planning for the Future

It is important that we ensure today’s laws and standards don’t become tomorrow’s barriers. We are at a critical juncture for improving accessibility in Canada and beyond. Research from the Angus Reid Institute shows that Canadians have repeatedly voiced overwhelming support for universal accessibility since 2015. Now, new federal legislation and an increased societal awareness of the critical need for improved access are encouraging. That being said, large-scale change takes time, and our pursuit of meeting the increasing need for accessible spaces across all sectors of society is far from over.

This need is reflected in recent statistics regarding disability rights. In December 2018, on the International Day of Persons with Disabilities, the UN released its first-ever flagship report on disability and development. The report notes that a “lack of accessibility to physical environments” is a main barrier to inclusion. According to 2017 Statistics Canada data approximately 6.2 million Canadians identify as having at least one disability. This number will only continue to grow, in part because of our aging baby boomer population. A boon to the economy

We often forget to focus on the economic benefits of accessibility. People with disabilities represent an untapped labour market and workforce. According to a report from the Conference Board of Canada, 57 per cent of Canadians with physical disabilities who are currently unemployed believe they would be able to take a job if workplaces were made more accessible. This would allow more than half a million Canadians with disabilities to work more hours, potentially increasing the country’s GDP by $16.8 billion by 2030. It’s time to clearly articulate the current cost of existing fragmented policies, including financial consequences, unemployment rates and massive gaps in participation because of a lack of accessibility
in the built environment.

The UN report also notes that one of the major actions to end poverty and hunger for people with disabilities is to: “Improve access to and accessibility of banking and other financial services.” This is referring to some of the invisible challenges that people with disabilities face, which often go unaddressed. These challenges extend beyond the realms of the professional and academic; they can reach into the everyday aspects of a person’s life. Going to work, visiting a restaurant and even seeing a movie can become insurmountable tasks when barriers exist.

It’s simply not enough that we want our country, provinces and cities to be accessible. We need to go beyond disparate municipal and provincial building codes. For access to improve, it’s time to measure up. This means establishing a consistent language and measurement standards so we are able to compare ourselves with other locations across Canada and around the world. 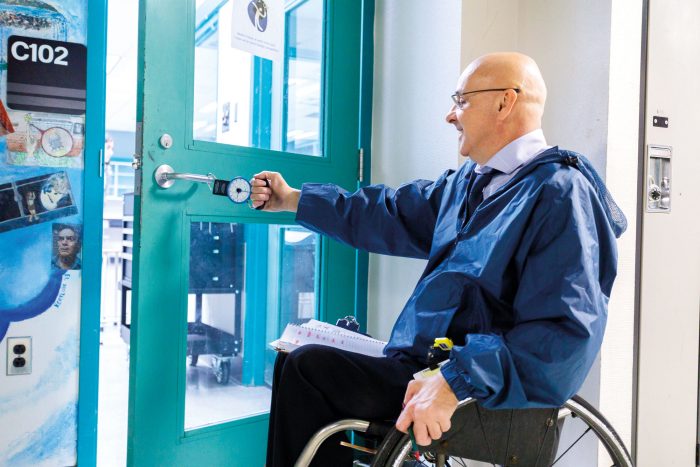 Currently, only three provinces have provincial accessibility legislation: Ontario, Manitoba and Nova Scotia. The RHFAC program was developed to provide a national measurement with the holistic experiences of the user in mind. It trains and designates professionals to consider meaningful access from the point of view of people with varying disabilities affecting their mobility, vision and hearing. Public spaces are for everyone, after all.

Since the launch of the RHFAC program in 2017, and thanks to support from the government of British Columbia, we have overseen the ratings of more than 700 businesses and organizations, with many more to follow. By also recognizing that a number of buildings such as those of the Vancouver Airport Authority (YVR), Vancity credit union and SAP Labs Canada have achieved the “Accessibility Certified Gold” rating, we acknowledge that they have gone beyond the minimum standards inherent in our law, and we celebrate their success in innovation.

To date, more than 1,100 buildings across Canada have registered to be rated through the program. We recently celebrated the gold certification of a local brewery in the small town of Blythe, Ontario, which serves a population of 1,000. There’s a symbolic power in the certification of large companies and international airports, but it is just as important to improve the accessibility of public and private spaces within our communities. Just like everyone else, people with physical disabilities want to spend money in their own neighbourhoods—working, shopping and enjoying leisure activities. With improved access, people with disabilities represent a significant population of employers, employees and consumers, with massive buying and voting power.

A call for action

We can all help to improve access to the public spaces where we live. If you’re a small business owner then you can schedule an accessibility rating on our website. As a member of your local community, you can encourage your local businesses to get rated through the program. Whether you’re a student, parent with a stroller or senior citizen, or someone navigating a temporary or permanent disability, we all stand to win when the places in which we live, work, learn and play are accessible. Together, we are stronger—and I’m confident we will get there faster if we act together, so that we can all live to our full potential. We’ve come a long way since the Man in Motion World Tour. Together, we can create global solutions that reach beyond human rights and legislative standards. The RHFAC program is one example of a social innovation that is driving creativity, and with it our expectations for a better future—one that is healthier and more inclusive for everyone. My hope is that we continue to build the Canada, and indeed the world, that we all want to be a part of.

Rick Hansen is the founder of the RHF, which was established in 1988 following the completion of Rick’s Man in Motion World Tour. For more than 30 years, the RHF has worked to raise awareness, change attitudes and remove barriers for people with disabilities. Visit rickhansen.com to learn more. 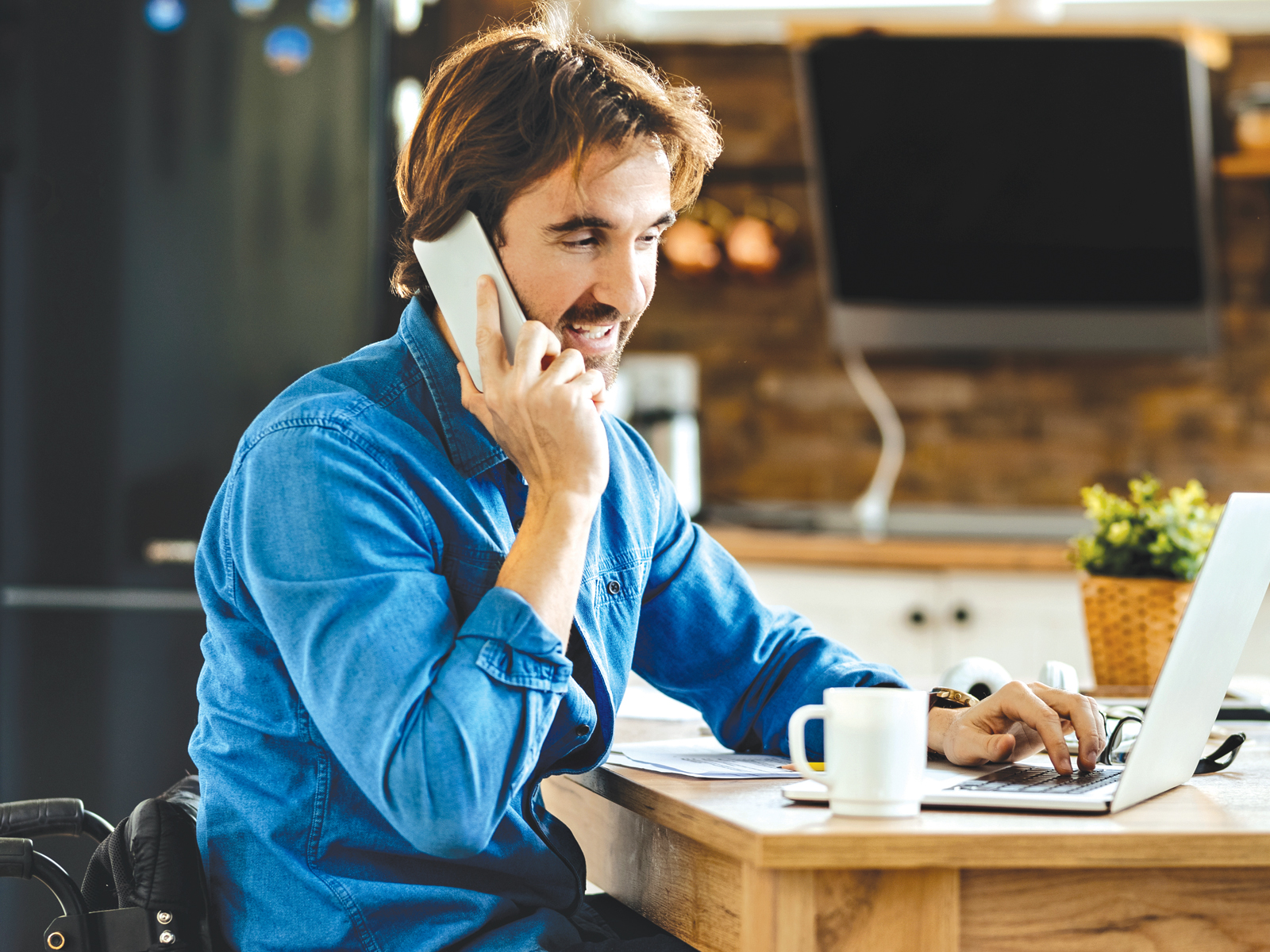 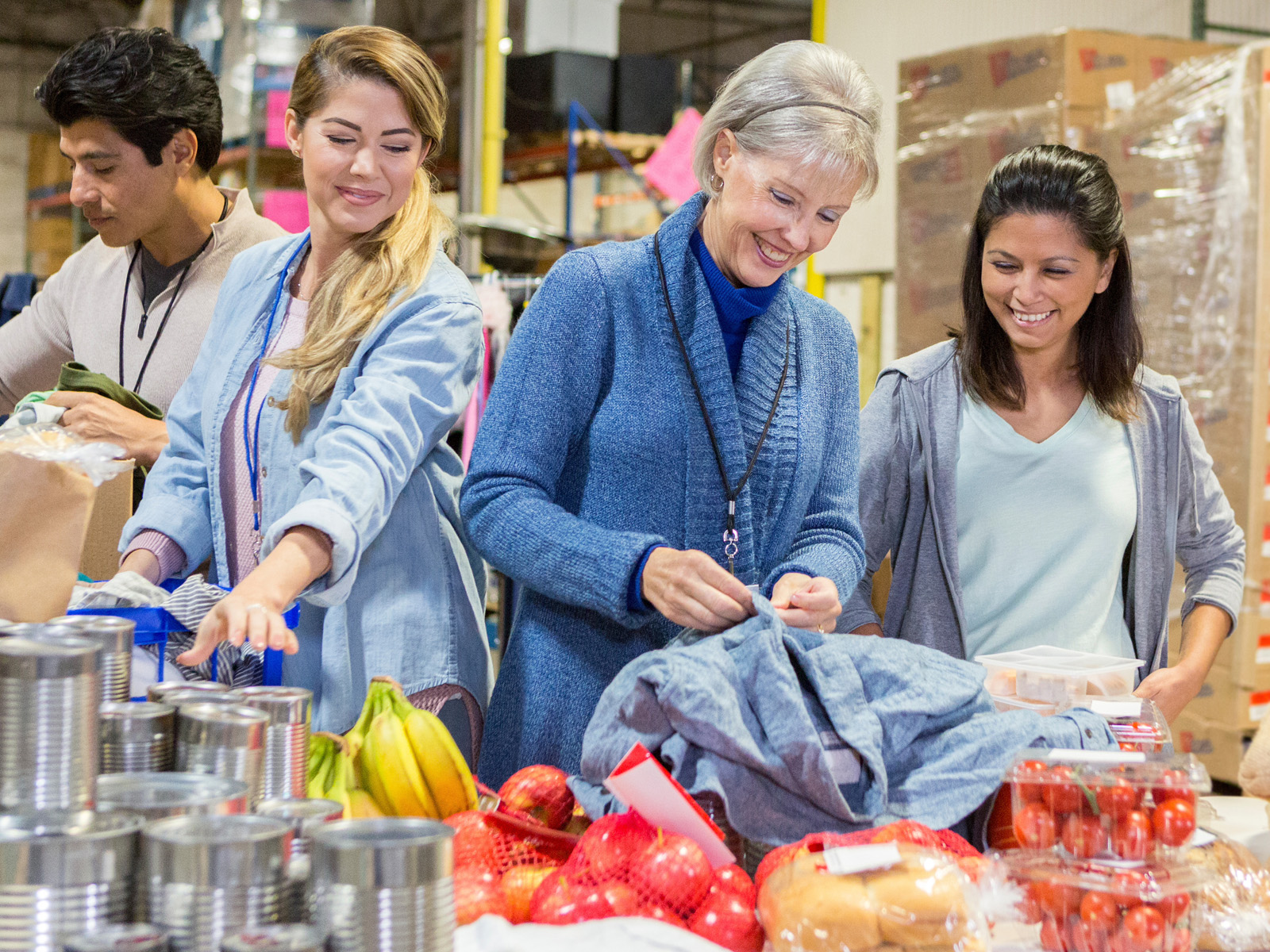 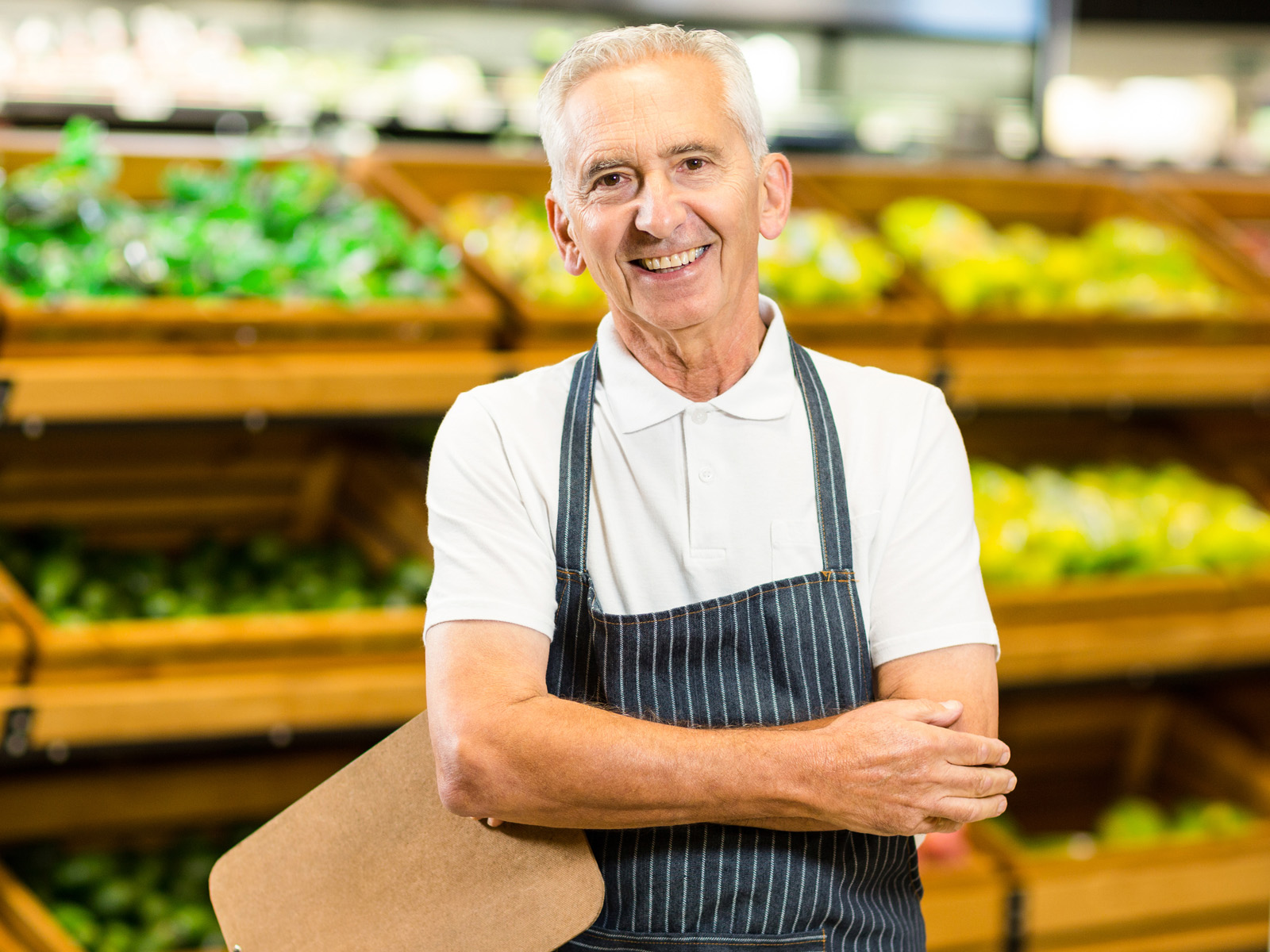 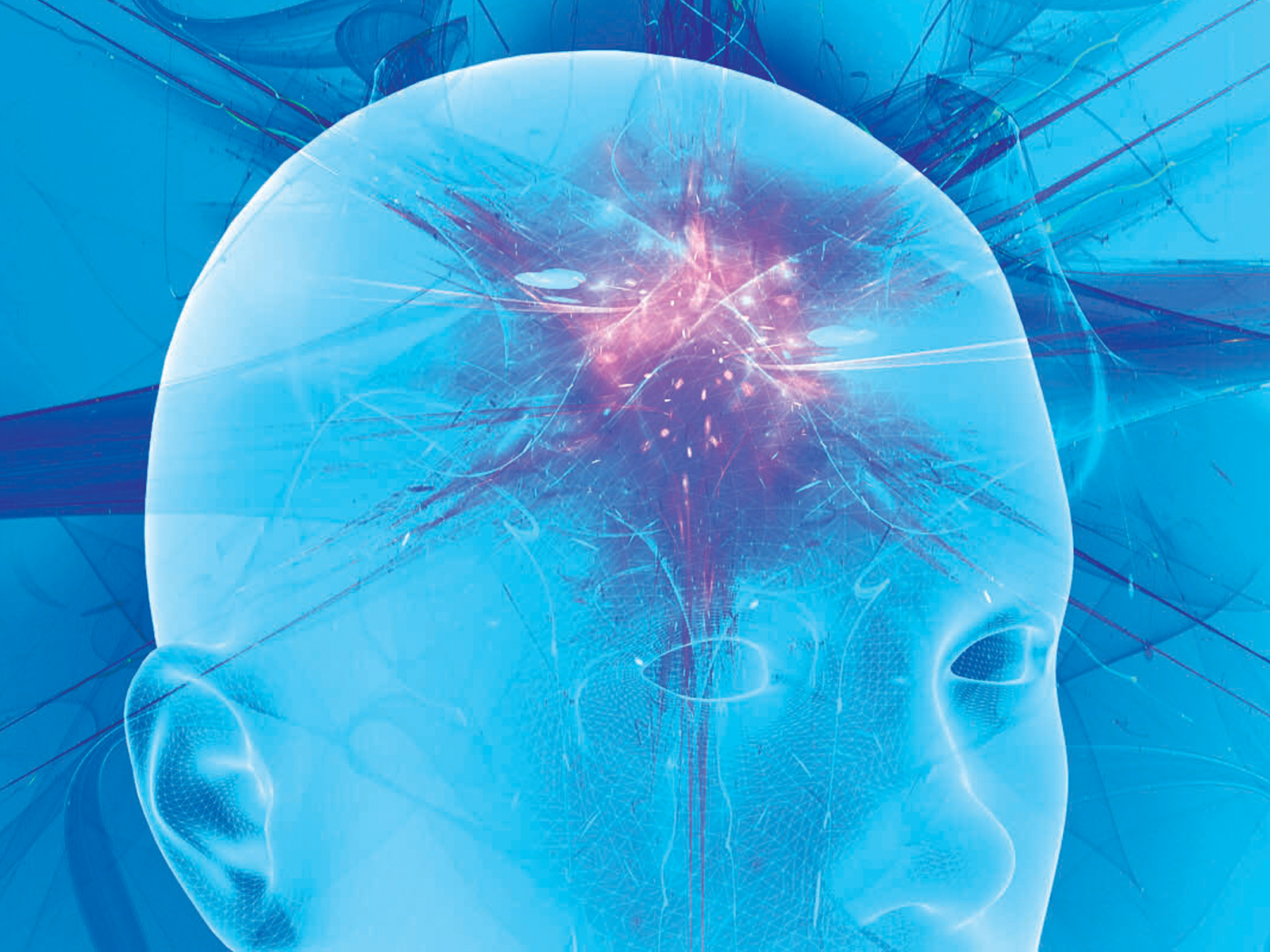 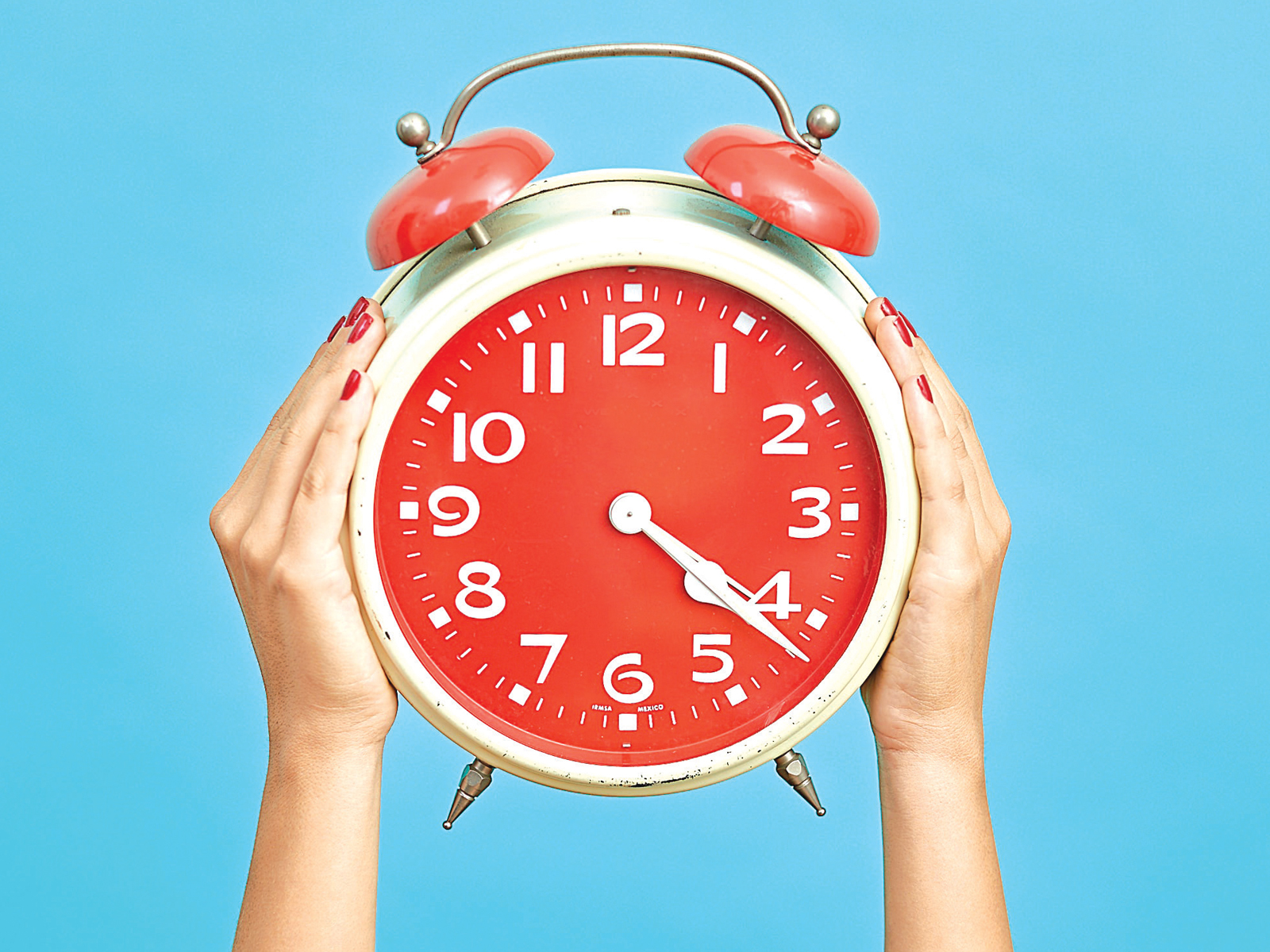 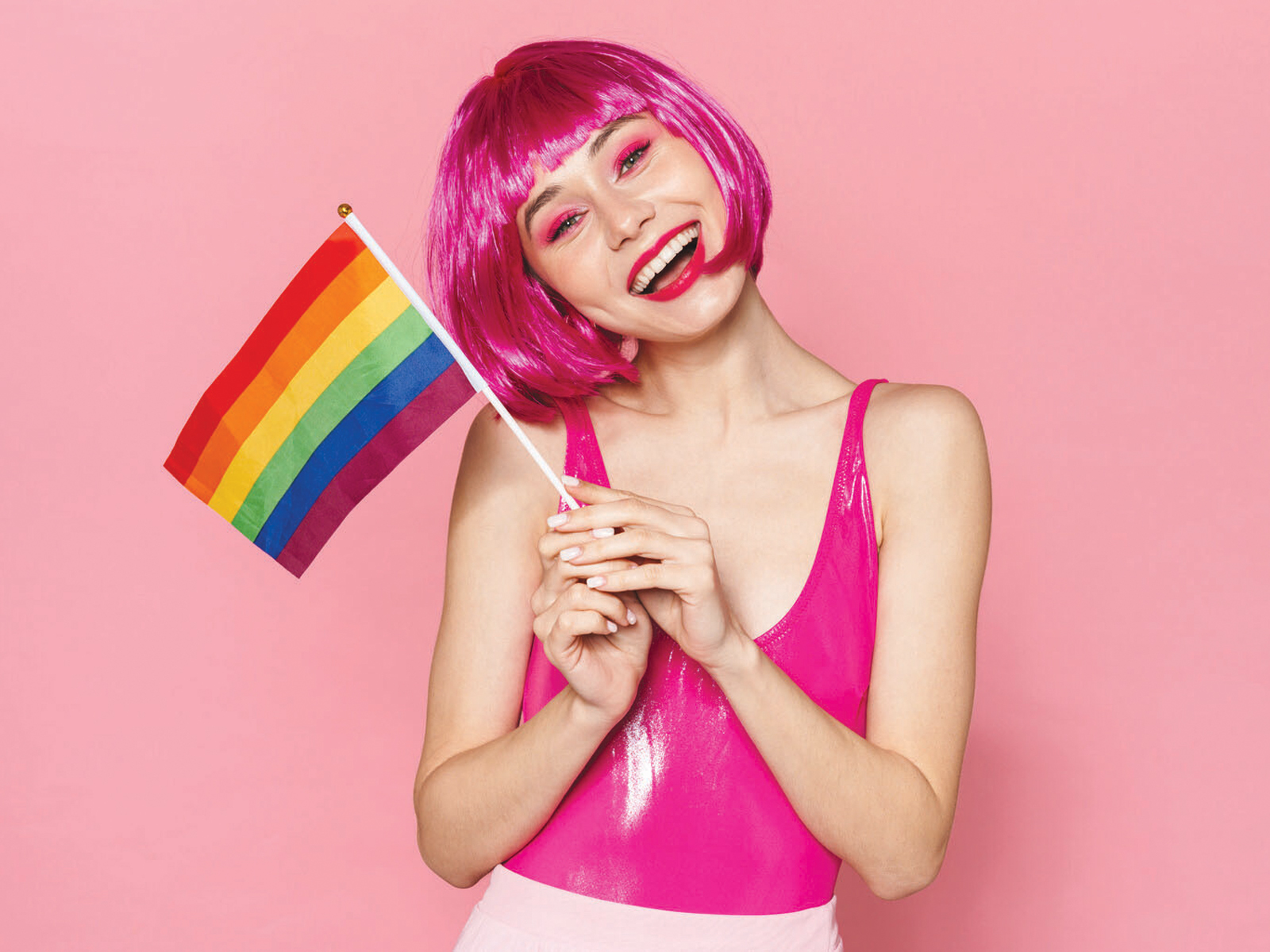 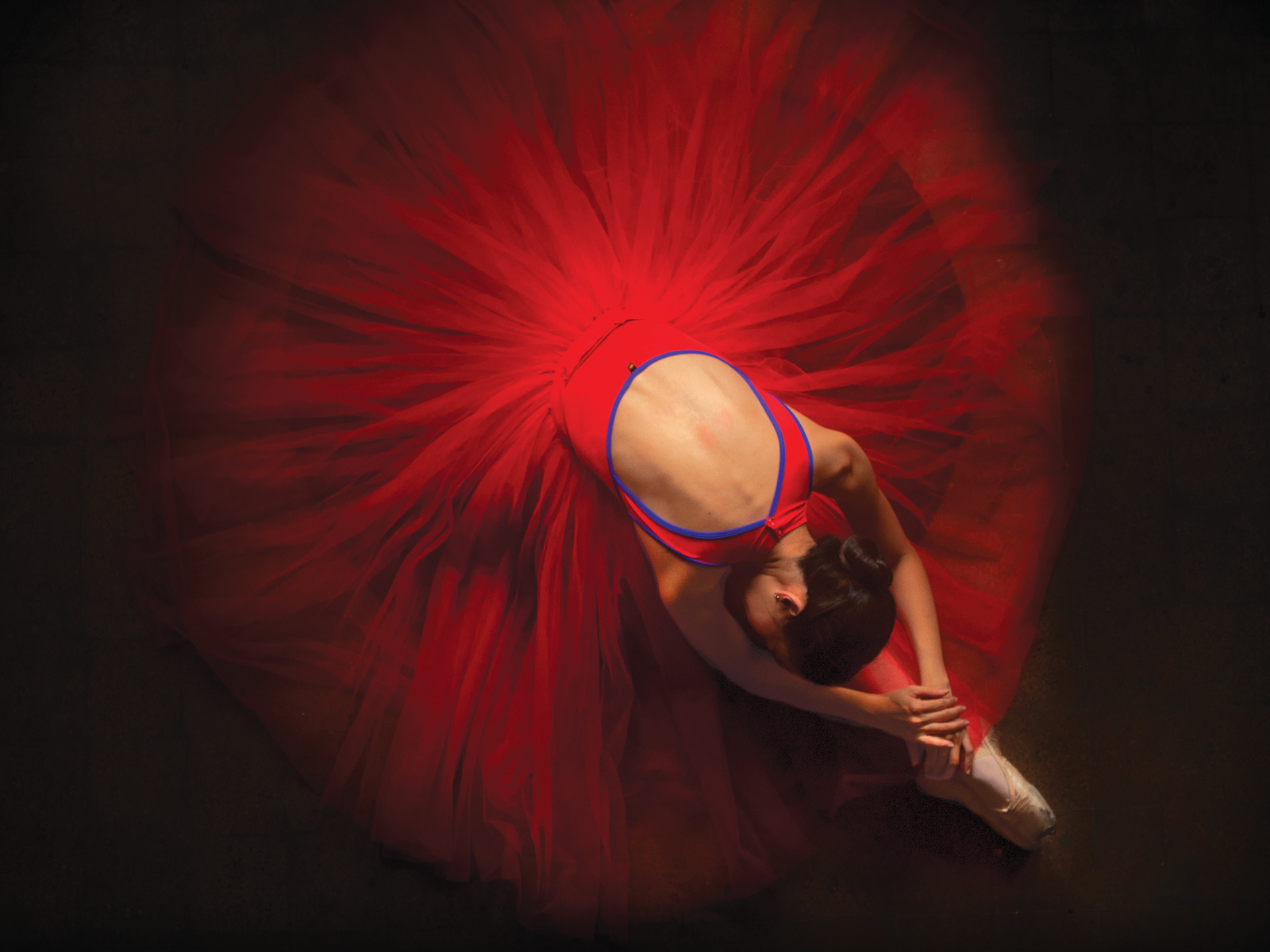 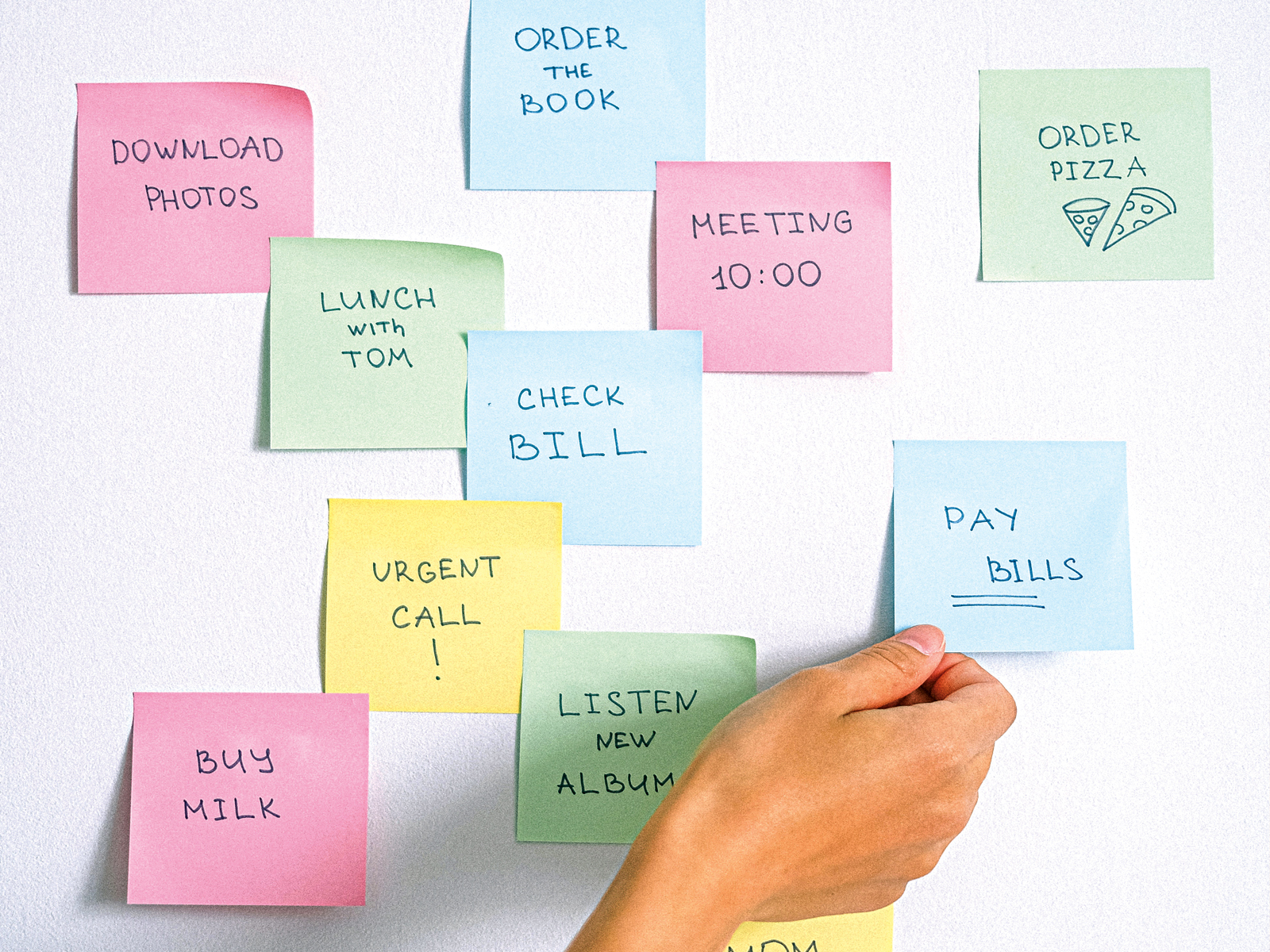 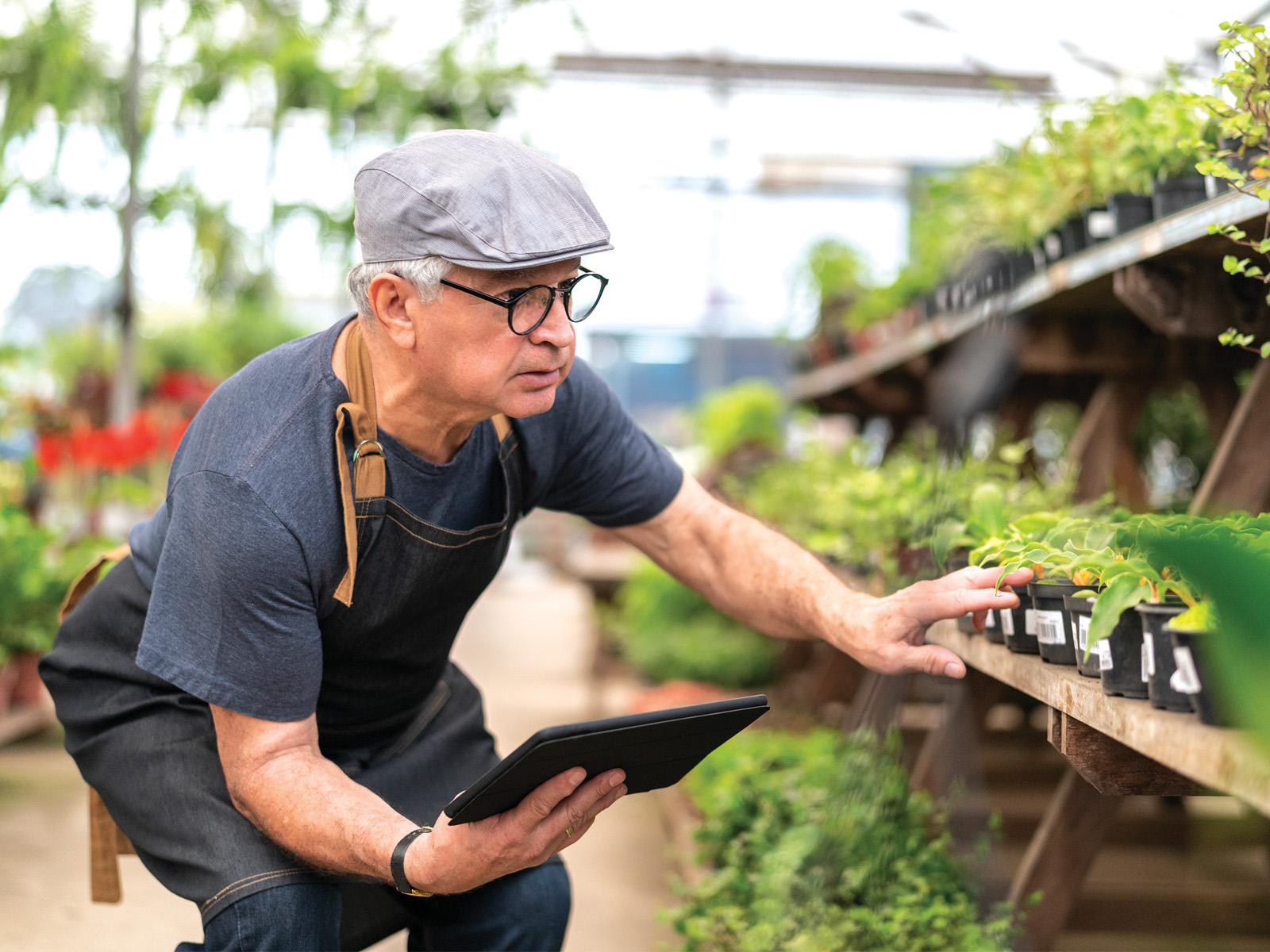